Having garnered not a single vote on the Fort Worth City Council for her position, District 8 council member Kathleen Hicks is taking her fight against pawn shops and payday lenders to the zoning commission and looking for grassroots support. 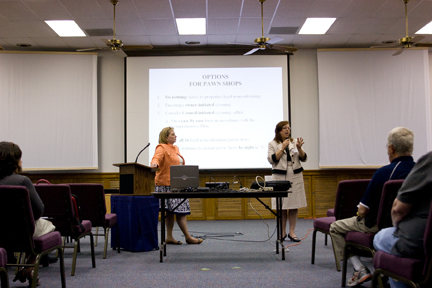 That’s the reverse of the usual progression for local political fights, but in this case Hicks sees no choice. She also sees no precedent for what she says is the council’s refusal to support the request of a member whose district is the most affected by an issue. Nine pawnshop and payday loan businesses — more than half of all those affected by a pending change in city regulations — are located in her Eastside district. The next closest district has three.

“I’ve never seen a council do this to someone else’s district. It is stunning,” she said.

Hicks wants to maintain the city’s current restrictions, imposed in 2006, on where such businesses can locate. The ordinance includes a provision that “grandfathered” businesses — those that were already operating in a now off-limits area — cannot rebuild if the shop is destroyed or reopen if it closes for other reasons. But the amendments proposed by council member Frank Moss, at the request of payday lenders, would remove that restriction.

The council tentatively approved the change last month on an 8-1 vote with Hicks as the lone dissenter. But it must also be approved by the zoning commission before going back to the council for final approval. The zoning commission’s public hearing and vote is scheduled for 10 a.m. on April 14 in the council chambers, and Hicks is rallying her neighborhood troops to fight it there. She also plans to speak at the hearing.

In Texas there is no state agency charged with oversight of pawn and payday businesses and no regulations governing what they can charge as fees (read interest rates), which can be as high as 1,000 percent of the original loan. Industry representatives say their businesses are highly regulated, but in most cases the examples they cite — of caps on fees, for instance — do not apply in Texas. 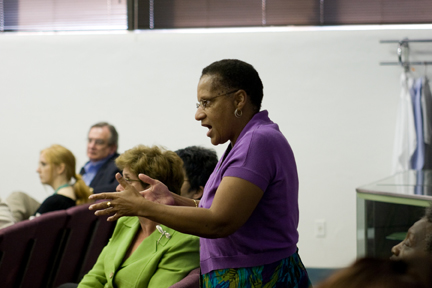 Last year Fort Worth’s State Sen. Wendy Davis filed legislation that would have put the brakes on some of the excesses of the industry, such as a cap on fees, but the bills never got to the floor for a vote. Legislators estimated at the time that Texas payday loan companies annually lend about $2 billion and collect $400 million in fees.

The current city ordinance, including the no-rebuild provision, was proposed by the planning department staff, designed to restrict certain businesses that could have an unhealthy effect on residential neighborhoods. It includes pawn shops (most of which offer loan services), tattoo parlors, strip clubs, golf driving ranges, and massage parlors.

The current staff of the planning department, as well as its former director and now assistant city manager Fernando Costa, oppose the change Moss has proposed. (“Cash-Trapped,” Dec. 9, 2009.)

Moss, who represents District 5 and has only two affected pawn shops in his district, did not return numerous calls from Fort Worth Weekly seeking comment on this issue. But he told Fort Worth Star-Telegram columnist Dave Lieber that he made the proposal at the request of pawn-shop/payday-lender giant Cash America International and “others he can’t remember.”

If the zoning commission approves the change, it goes back to the council for a final vote on May 4.

Hicks said she is concerned about payday lenders and also about the other types of businesses the current ordinance prohibits. “If this passes zoning, the floodgates will open for all of these other restricted businesses like massage parlors and strip bars to demand equal treatment, and there are thousands of them,” she said. She believes the change could remove much of the 2006 ordinance’s power to prevent such unwelcome intrusions in neighborhoods.

“It is very disheartening for the council to be so short-sighted,” she said. “There’s been no clear rationale for why this has been pushed so hard.”

When Moss first introduced the idea in November, Hicks asked her colleagues as a point of personal privilege to never let the proposal come to a vote because of the overwhelming impact such a change could have on her community. It is a low-income, predominantly minority district with a high rate of unemployment. “We have a disproportionate number of these predatory lenders now,” she said. “We need legitimate banks, not lenders who prey on the working poor.”

She talked about a 33-year-old widower and legal immigrant with three children who recently shared his story with Hicks, one she said is typical of what happens to someone trapped in a payday lender’s downward cycle. Hicks asked that his name not be used.

After his wife died, the man fell on hard times, Hicks said. He lost a good-paying job, took one at $11 an hour that didn’t pay the bills, and wound up with four separate loans from local payday lenders. The amount he owes has swelled from the original total of about $500 to more than $4,000, with interest rates of 400 percent to 600 percent. When a friend tried to pay off one of the loans, the lender would not take his check, demanding cash only. Hicks said the man pays what he can, but it is never enough to keep up with the interest and fees, so the debt continues to grow.

“This is what my community is up against,” she said.

Hicks has been struggling, with some success, to bring high-quality residential and retail redevelopment along with higher-paying jobs to the long-neglected neighborhoods in her district. Developers are about to break ground on a multi-million-dollar housing and commercial project in Polytechnic Heights on the long-abandoned Masonic Home orphanage site. Over in Terrell Heights on the Near Southeast Side, a housing developer is poised to start construction of 54 two-story homes if his application for a tax break from the state is approved.

But Hicks fears that if payday loan and pawn businesses are allowed to continue their hold, more family-oriented businesses and residential developers will be leery of investing in the district.

“I have been on the council for five years, and before that I worked for [Councilman] Ralph McCloud, and I have never seen a council that rezoned another council member’s district when that member objected,” Hicks said. “This is just unheard of, especially when there’s been absolutely no reason presented to do so.”

At a League of Neighborhoods meeting Monday night, league president Libby Willis agreed. “If this passes, over the objection of a council member, there will be a new precedent set at city hall,” she said.

At the meeting, it was clear that some residents are worried that the ordinance change could embolden other groups, in other settings, to ask for rollbacks in restrictions. Some questioned whether developers who are now restricted from building apartments in areas rezoned to single family from multifamily might successfully seek “blanket” rezoning back to multifamily status.

Others fear that more problems may be hidden in the proposed change. Wendy Cowans, president of the Oakwood Terrace Neighborhood Association in Hicks’ district, said that her reading of the ordinance change shows it could allow liquor to be sold on the premises of pawn and payday loan businesses, a now-forbidden activity. City planner Jocelyn Murphy denied that could happen. Cowans said afterward that she isn’t convinced.

Neither Mayor Mike Moncrief nor  other council members returned the Weekly’s calls and e-mails seeking comment for this story.

“This was backroom politics at its worst,” Hicks said of the zoning ordinance change. “There has been no public discussion about it, the pros and cons, the reasons for the change, who is going to benefit, who is going to be hurt — and yet it passed.

“I am very concerned that open government and transparency are no longer priorities with this council, and that’s just wrong. … Public decisions must be made in the open,” Hicks said.

She said she was blindsided when the pawn shop issue was presented by Moss at a meeting late last year, but no one else at the table seemed surprised. When she raised objections, she said that Moncrief took off his glasses, shook them at her, and lectured her in a loud voice that it was her own fault because she had “refused to meet with the pawn shop representatives.”

Not true, Hicks said. “I met with Moncrief and the pawn shop people a year ago. … I encouraged them to clean up their properties, be better neighbors, and go speak to various neighborhoods about any zoning change. That never happened. … Then it was suddenly on the agenda.” 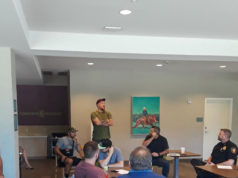 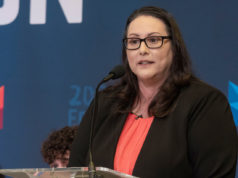 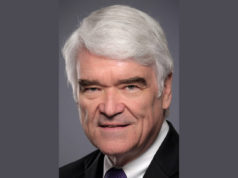