Probably more so than any other local musician, Fort Worth Americana-pop singer-songwriter Sean Russell is a fan of local music. Seriously. He’s rabid. You can bet that the songs spun the most on his iPod are by Calhoun, The Burning Hotels, The Orbans, Hi-Fi Drowning, and The O’s, among others. 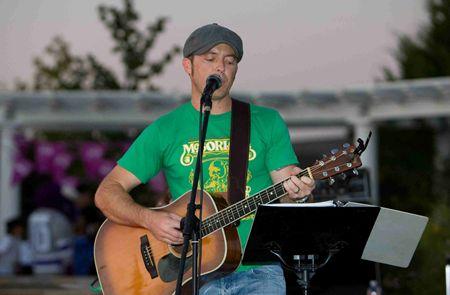 Though he’d probably recoil from the thought, he’s right up there with all of them in terms of talent. Last we heard from Russell was several years ago, after the release of his full-length debut, To This Point. But he’s been working off and on since then and is now about to release his second full-length, Mystery of the New, recorded at Bass Propulsion Laboratories in Dallas. “I waited to release it for two reasons,” he said. “A.) If Calhoun is frustrated and not getting the attention they deserve, how could I? I’ve seen so many bands play great shows and still not really be heard. We all just shake our heads and smile. We can’t all be crazy. One of us has to be worth listening to!” In addition to frustration, creative demons were also in the way of Russell’s progress. “I wanted to wait until I had something worth hearing live and recorded,” he said. “The album started strong [in 2007] and then just sounded like I was getting a CD out and not a finished work.” Russell also suffered through some backing band lineup changes “that were a real defeat.” Now, however, he feels ready to “push again –– I feel like my writing has matured to a new level. I know what I want to say and how to say it.” Backing him on Mystery of the New –– and possibly in live settings –– is a murderers’ row of North Texas talent, including multi-instrumentalist Toby Pipes (veteran producer and BPL co-owner), guitarist Taylor Tatsch (Maren Morris, Greater Good), and bassist Nolan Thies (The Backsliders, Smile Smile). (All three are also in Deep Blue Something and Little Black Dress) Russell also attributes his return to the momentum that he’s seen building over the past year or so. Several Fort Worth bands, including Calhoun and Telegraph Canyon, are getting into licensing songs, and the relatively new terrestrial radio station KXT/91.7-FM has been spinning a lot of North Texas music. To seal the deal, Russell witnessed first-hand the long-awaited return of Calhoun. For their comeback show last weekend at Lola’s Saloon-Sixth, the two main guys in the band, frontman/lyricist Tim Locke and multi-instrumentalist Jordan Roberts, called on Pipes and Thies. “Being at the Calhoun show Saturday and seeing them back at it renewed my hope,” Russell said. “If I could play a show that made one person feel as great as I felt after that show, in theory, I would be content. … Was that too much man-crush on Tim and Jordan? Oh, well.”

Next Big Thing: White Mountain, a cock-rock quintet featuring members of two of Fort Worth’s most legendary bands: Black Tie Dynasty (R.I.P.) and Garuda, one of the hardest-rocking acts ever to come out of North Texas. The group disbanded a couple of years ago but recently reunited. White Mountain’s inaugural show is on Sat., May 29, at Double Wide (3510 Commerce St., Dallas, 214-887-6510).