In The Unbearable Lightness of Being, Milan Kundera categorized obsessive womanizers as either lyrical (“those who seek their own subjective and unchanging dream of a woman in all women”) or epic (“prompted by a desire to possess the endless variety of the objective female world”). On his new album, Alphabet Girls, Vol. I, KXT radio personality and former Ten Hands honcho Paul Slavens, who recently concluded a Tuesday night residency at Lola’s Saloon-Sixth (wherein he’d write you a song at the literal drop of a bar napkin), displays a distinctly epic tendency. “On my radar of romance,” he sings, “the screen is full of blips.” 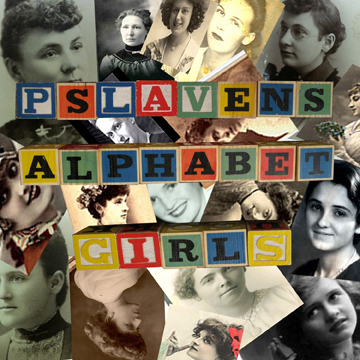 Slavens is a North Texas musical treasure. It’s nice to have an artifact that allows us to hear his voice, as well as benefit from his creative appreciation of others’.
— Ken Shimamoto

Eyes Wings and Many Other Things

For a band that creates such abstract, willfully mysterious music, the Fort Worth/Dallas psychedelic duo Eyes Wings and Many Other Things gives surprisingly apt titles to their albums. On Secret Space, the group’s fifth release, Colin Arnold and Sean French explore a vast universe of subtle beauty and transcendent sounds. The various instruments employed orbit one another, aligning every so often to form unique, unexpected constellations of harmony and melody.

When I last talked with Arnold, he spoke of his lifelong fondness for “mood music” of any kind, a statement that speaks volumes about Secret Space. The tunes are elusive, surprising, and mostly instrumental. Almost entirely uninterested in traditional song structures and hooks, Arnold and French fill their meditative universe with delicate layers of strung-out Velvet Underground guitars, singular electronic flourishes, and ethereal monastic vocals (“Space”). Beginnings and endings are virtually irrelevant here. What’s truly fascinating is how all of the elements come to life and coalesce in the process.

Arnold and French are scholars of the obscure. By using minimal arrangements and looping melodies to build lush, dense soundscapes, the duo puts to the fore its hard-to-place sonic effects and keeps the tracks constantly in motion (“Lampin”). You can hear the origins of these sounds in vintage video games, old foreign film soundtracks, and esoteric psychedelic relics from the ’60s and ’70s. But Secret Space isn’t simple nostalgia or hero worship. These songs are distinctly Arnold and French. Tracks like “Sleepyhead” reimagine classic psychedelic music through the lens of modern ambient and electronic music made by musicians with a refined engineer’s ear for tonality.

In less inspired hands, this material could easily lapse into aimless jamming. But by anchoring the album’s reflective wandering with a care for the percussion of classic pop, plus a microscopic attention to detail, the duo ensure that Secret Space is rife with unknown pleasures just waiting for your discovery.
— Cole Garner Hill

The Cush Leaves the Green Mountains

The Cush is a space-rock band with alt-country roots, built around Burette and Gabrielle Douglas, a married couple who recently moved back from Burlington, Vt. to be near their families in Fort Worth. He plays guitar, she plays bass, and from 1994 to 2000, they were half of Buck Jones, a band primed for major label exploitation back when The Toadies and Tripping Daisy were breaking onto the national scene. Unwilling to submit to industry manipulation, the Douglases as The Cush decamped for the relatively unspoiled pastures of the Green Mountain State with their first, home-recorded album already complete.

They recorded tracks for their latest album, Between the Leaves, in Vermont, with ex-Buck Jones drummer Cody Lee adding his parts in Texas. While The Cush’s signature sound comprises ethereal vocal harmonies and shimmering guitar textures, Between the Leaves is a surprisingly varied proceeding. On “Northern Memory,” the confluence of stately melody and fuzzed-out guitar solos recalls Procol Harum when they had Robin Trower on board. Mournful steel guitar adds a country-ish tinge to the pastoral title track and also to “The Deer and the Owl,” which covers turf that’ll be familiar to Bright Eyes fans. “We Are the Beautiful Sunsets” is an anthemic rocker, while “Tinseltown” is darker and, dare I say, heavier than anything else here.