What a strange trip it’s been for MacGruber. At first, a movie made from the recurring series of Saturday Night Live sketches seemed like an astoundingly bad idea. On the small screen, the two-dollar set and the repetitive nature of the sketches were part of the joke, but how would it translate to a movie? 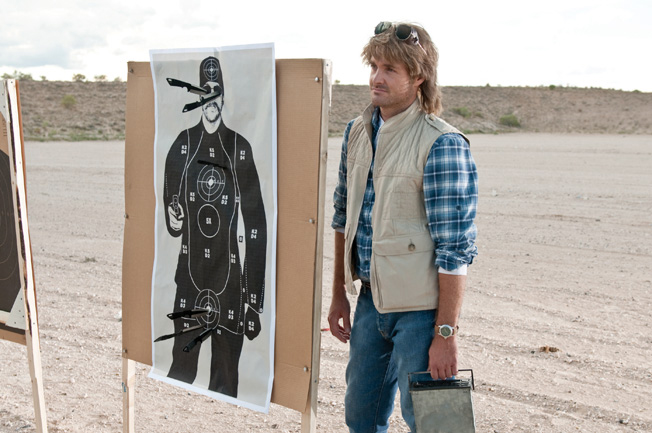 Then the film’s trailer hit the internet and showed everybody how it could work, by sticking Will Forte’s inept, mulleted would-be action hero into a bona fide action movie, with real explosions happening behind MacGruber instead of a badly back-projected one. An advance screening at SXSW last March built countering buzz that the movie was actually awesome. Now, after all this negative and positive hype, the movie itself turns out to be resoundingly OK. It’s more skillfully executed and more pleasingly weird than the similarly themed Get Smart from two summers ago, but it’s no better or worse in any meaningful way.

The film begins with the U.S. military pulling MacGruber — an Army Ranger, Navy Seal, and Green Beret who’s been awarded 16 Purple Hearts — out of retirement to stop an old nemesis, Dieter von Cunth (Val Kilmer). The superwealthy Cunth, whose last name is pronounced the way it’s spelled, is intent on launching a stolen nuclear missile at Washington, D.C. It’s up to MacGruber and his sidekicks, longtime pal Vicki St. Elmo (Kristen Wiig) and government point man Lt. Dixon Piper (Ryan Phillippe) to stop the attack, despite MacGruber’s lack of planning, his tendency to expose them to needless danger, and his habit of psyching himself up for action by listening to soft-rock hits like Robbie Dupree’s “Steal Away.”

This is the first movie directed by Jorma Taccone, who previously helmed a bunch of SNL’s digital shorts, and with his sense of timing, he could develop into a terrific comic director one day. Yet for some reason, he and co-writer Forte have chosen to imitate 1980s action flicks like the Rambo movies, in details ranging from Vicki’s feathered hairstyle to the synth-heavy score. Sometimes it works, like during a parody of ’80s movie sex scenes, which builds up the right cheesy vibe and then deflates it with MacGruber’s bizarre grunting. Other times, the movie grinds to a halt, like during MacGruber’s final triumph. Forte is too lightweight a presence to carry a movie, and he’s consistently outshone by Wiig, who has much less material to work with (a situation she’s too familiar with) but does a much subtler job of playing a wimp who has somehow wandered into an action flick.

For all that, this movie also has a skillfully underplayed parody of the “intimate moment when the woman removes a bullet from the man’s body” scene, with Vicki cluelessly rooting around in MacGruber’s wound with a pair of pliers. After assembling a team of supersoldier buddies to assist him, MacGruber uses their deaths as fresh motivation even though he himself accidentally killed them. There aren’t enough of these to make MacGruber into a great comedy, but you’ll remember these better moments more than you remember its shortcomings.