Surely there can be few things less useful than a World Map of Happiness. If you live in one of the unhappy places, there is little chance that you’ll be able to move to somewhere happier — even if you could be sure you’d like it there. Besides, your personal capacity for happiness is largely hardwired by genetics and early childhood experiences. 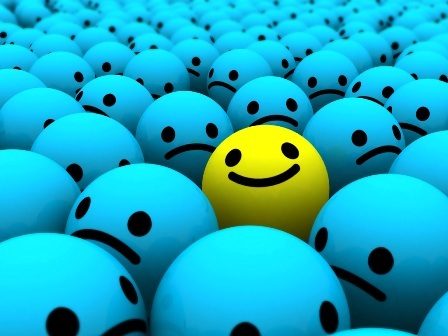 But there are always under-employed sociologists, psychologists, and economists looking for something new to research, and the happy map is certainly more fun to contemplate than, say, trying to figure out when the oil is going to ruin a particular stretch of Florida beach or what Texas’ State Board of Education will do next.

The Satisfaction with Life Index, to give the map its proper name, does not measure objective conditions like gross domestic product per capita or average life expectancy. You can be dirt-poor, like Bhutan, and still rank high in happiness. You can also be relatively prosperous but miserable, like Latvians, who are less happy than Ethiopians or Palestinians.

The 20-year-old Human Development Index tells us who should be happy, if income, lifespan, and educational level were really the main determinants. Unsurprisingly, this list pretty much tracks the GDP per capita.

For those who care about the environment, there is also the Happy Planet Index, launched in 2006, which measures “the production of human well-being (not necessarily material goods) per unit of extraction of or imposition upon nature.” In other words, if your well-being comes at a high environmental cost, you drop down the list. Developed countries don’t do so well on this one: The United States, at 13 on the Human Development Index, drops to 150 on that one.

Adrian White’s Satisfaction with Life Index, by contrast, focuses on what people actually feel about their lives — without the nuisance of sending out questionnaires to people all over the world. White, a British social psychologist, did a meta-analysis of global surveys done by a variety of organizations, which actually did send out the 80,000 questionnaires.

The most striking result is that all of the top 20 countries in terms of happiness are relatively small in population: The biggest, at number 10, is Canada, which has only 33 million people. All the Scandinavian countries are there, of course, but so are Antigua, Bhutan, Costa Rica, and the Seychelles. All 20 are democracies.

The saddest countries on the list are the Democratic Republic of the Congo, Zimbabwe, and Burundi. Indeed, there’s not a single happy country in Africa. Russia and the other former Soviet countries are all mired in the Slough of Despond. Japan, surprisingly, ties with Yemen, an almost-failed state.

Among the big developed countries, the United States places just outside the top 20, well ahead of other rich countries like Germany, Britain, and France. Bangladeshis are happier than Indians and much happier than Pakistanis. Malaysians are the happiest people in Asia, ditto the Venezuelans in South America.

White did his major work in 2007, so some of the rankings may have changed since then. Icelanders, for example, may be morose over the collapse of their banks and currency. Perhaps Sri Lankans have cheered up now that their long civil war is over. Iranians, unhappy even before last year’s upheavals, are probably more so now.

Health and wealth count but certainly aren’t decisive happiness factors, and some other traditional measures don’t seem to count at all. The United States, for example, has the greatest inequality of income among the big developed countries, but Americans are happy people — maybe because their national mythology tells them that they all have “equality of opportunity.”

The size of government doesn’t make much difference, so long as it’s competent. Denmark is the classic welfare state, with the government spending 52 percent of GDP, while the Swiss government spends only 33 percent of national income. Yet they are virtually tied for first place in the happiness index.

Never mind. If you think statistics like these can tell you anything useful that direct observation and common sense won’t, you’re crazy. Still, if that makes you happy …

Gwynne Dyer is a London-based independent journalist whose articles are published in many countries.