About 12 years ago, I was working the door at a club called The Impala on near downtown. One night, a young man with the smell of the creature on his breath sheepishly stumbled up to the club’s owner, Kelly Parker, who was standing next to me.

“Thanks for keeping the scene alive,” the kid said.

“The scene has kept me alive,” Parker replied, wearing his usual sarcastic half-grin. 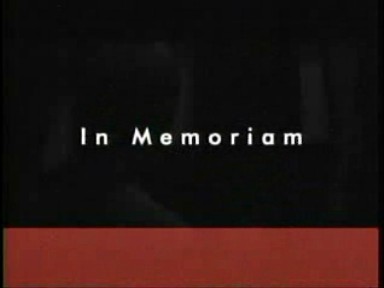 When it opened in 1997, in the building now occupied by Stage West, The Impala was one of only a couple of rock clubs in town, but it will always be remembered as one of the best –– and Parker, who passed away last Friday at the age of 46, will always be remembered as the godfather of Fort Worth rock ’n’ roll. (Calls placed to the family to determine the cause of death have not yet been returned.)

Parker gave The Toadies their first-ever show at the first of several clubs he owned, The Axis, on the South Side in 1989. He also got Fugazi, Nirvana, and The Lemonheads, among many other legendary acts, to play there. In the early ’90s, Parker famously refused to let Vanilla Ice play The Axis, and, according to the legend, the Dallas rapper responded by performing in front of the club –– only to be chased away by club regulars.

After closing The Axis after just six months (because of a run-in with the law), Parker, with long-time girlfriend Melissa Kirkendall, opened Mad Hatters on Magnolia Avenue in the space now occupied by the King Tut Restaurant and then, after closing Mad Hatters, The Engine Room on West Vickery Boulevard. Both clubs carried on the tradition of hosting indie touring acts and a wide variety of locals. Many touring bands also stayed the night at the duplex rented by Parker and Kirkendall.

After the big hailstorm of 1995 destroyed the roof of The Engine Room, Parker split with Kirkendall and opened The Impala with business partner Harlyn Hill — and with almost no money, no liquor license, and with nicotine-stained equipment. Eventually, Ryan Higgs (frontman for both Yellowbelly and High School Assembly) bought into the club, and for a short time, it did well. But then Danny Weaver bought The Aardvark and Brian Forella opened The Wreck Room, and Parker’s club just couldn’t compete –– it was just too far out in no-man’s land, and The Aardvark and The Wreck were in densely populated areas.

The Impala closed its doors in 1998 after being open for just over a year; it was Parker’s last nightlife venture. But at The Impala’s best, it was the only real game in town, the only place to go to for the kind of progressive rock ’n’ roll that would go on to put Fort Worth on the map and influence subsequent generations of local rockers, including this one.

The place was also always crawling with local musos. There were dozens of die-hard regulars who followed Parker from club to club with cult-like loyalty. His ventures were always the thing to do for the young, the artsy, and the broke, the tattooed, and the pierced, and people just looking to be a part of something special. He always gave young, new bands a shot. Parker also lived at The Impala, surviving countless hours of cigarette smoke, late nights, and loud music.

Forella, now owner of Lola’s Saloon, said he would never have opened The Wreck if Parker hadn’t already proved that a rock ’n’ roll club could survive in .

“He was part of the reason that we opened up in ,” he said. “I hadn’t really hung out in before then. I lived in . I probably wouldn’t have heard about the music scene were it not for him.”

Parker, tall and with his long black hair worn in a ponytail, was always quick with a self-deprecating joke. His wardrobe consisted almost exclusively of band t-shirts and blue jeans. When I knew him, he almost never saw the sun, at least without the filter of a window. His complexion was pale, offset by what I imagined was permanent facial stubble –– I never saw him with either a full beard or cleanly shaven.

I contacted Parker for a Fort Worth Weekly story a couple of years ago on the history of the local music scene. We “talked” back and forth on MySpace and pledged to get together, but it never happened. The last time I saw him was the last week the Impala was open. He wasn’t in the best mood, understandably: One of his business partners had left him and opened another club, Club Nowhere (in the space now occupied by the Chat Room), and he knew his business was about to die –– along with a little part of himself.

There are very few local musos over 30 who didn’t get their start at one of Parker’s clubs and even fewer rock ’n’ roll fans in that age group who didn’t attend one of his shows. The first local show I ever saw was Muffinhead (bassist Matt Hembree and guitarist Daniel Gomez from Goodwin with drummer Dave Karnes) with Dead King’s Pillow (Woodeye’s Carey Wolff and Graham Richardson) at Mad Hatter’s. The first time I ever played a rock ’n’ roll show in Fort Worth was at The Impala with my band Serotonin, opening for Caulk. Both of those experiences stand out as seminal moments in my life and, in a significant way, shaped who I am today.