Monday morning, I woke up on the couch in a torso-shaped puddle of sweat. It was one of those moments when I briefly wondered where I was, but then I saw the empty tallboys and Whatawrappers decorating the coffee table and realized that I was home-sweet-home. The eager sun poured in through the window and onto my hangover. I hadn’t even bothered to take off my boots before passing out. To borrow from The Eagles, I’d had one of those nights. 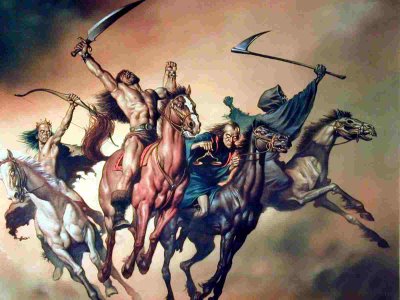 I started Sunday evening at the Weekly’s Music Awards ceremony, the Panthys, with a beer and a shot. By the time the Quaker City Nighthawks took the stage at the after-party at Lola’s Saloon, I was still only two or three Low-Lifes deep. OK, fine. It was probably more like four, but I’d responsibly spread them out over a few hours.

Quaker City finished their set, and people began to leave. Given that I still had gas in the party tank, I grabbed some beer on the way home and called some folks. We camped out on the porch and worked our way through a box of Budweisers. I might have paced myself at Lola’s, but in the safety of my own neighborhood, I made up for lost time.

The party dwindled from seven to five folks and then from five to four, so we headed down the street to the Chat Room. Shots were had. Opinions were voiced. Voices got louder but not as loud as “Last call!” We left the bar, and as we tramped down Lake Street and into the potholes on Morphy, I looked at the houses lining the street. They were darkened, shut and silent, their families tucked away in slumber. I nagged the drunkest one of us to pipe down.

Of course he didn’t, and for no particular reason, I wondered if the Four Horsemen of the Apocalypse got along. If I had to guess, I’d say that Death’s a bummer, and Pestilence talks a lot of shit. War is a total meathead, and Famine’s the one who always wants to get late-night food.

Anyway, I don’t know how we got to Whataburger, but I know I didn’t drive — Monday’s episode of Where’re My Keys? was at least an hour long, and I found them far away from where I’d crash-landed. My head pounded, and my stomach groaned from all the fried food. When my roommate came out, his grimace spoke a thousand words, but they were all just variations of “What the hell happened?” I took my boots off and went to bed. –– Steve Steward

Dollar Wells at the Sunshine

Even though I don’t live in Arlington, I find myself frequently defending it to my friends. Granted, there are only a couple of bars I really like, but if you make your own fun, even the dumpiest dive can be a blast. Of course, it helps when dumpy dives are fun on their own. As a case in point, you should go check out the Sunshine Bar.

The Sunshine is the landmark I use when telling people how to get to Caves Lounge, but I’d just as soon tell them to check out the Sunshine too. In particular, check it out on Wednesdays, because I went there last Humpday, and the bar was packed solid with a pretty eclectic crowd. While the individuals might have been outwardly different, I’m pretty sure there’s a common denominator: On Wednesday nights, well drinks are only a dollar. I’m sure this accounted for the full house, but it’s a pretty rad bar in its own right, and the jukebox is just as good as the one across the parking lot at Caves. Just be careful when you leave. The cops on Division Street are very enthusiastic about patrolling, and if you’re riding dirty or even a little tipsy, you’d better call a cab. –– S.S.