It’s lunchtime by Texas Christian University. Cars fill nearly every parking space outside Old Rip’s Tex-Mex off West Berry Street. But inside only a handful of tables are full. Owner Cy Barcus blames parking. Or, in his case, the lack thereof.

Since Old Rip’s opened in July 2009, limited parking has been an issue. In October, Barcus and his son and co-manager Clarke Barcus looked into buying two adjacent residential lots on nearby Cockrell Avenue and re-platting them into one lot with the restaurant. He then wanted to expand his parking lot into those residential spaces. 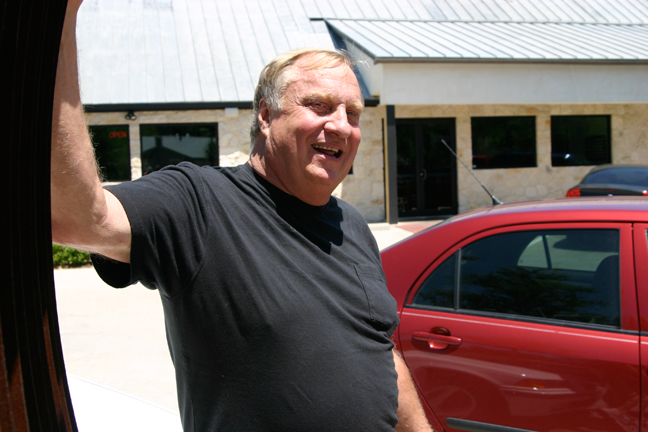 Before dropping several hundred thousand dollars on those lots, however, Barcus contacted city officials to see if the re-platting would allow him to expand his parking. He received a response from city planner David Schroeder that indicated it would. “If the site is re-platted to incorporate the two additional lots creating one new large lot, then the parking would be onsite and accessory to the primary use,” Schroeder wrote “This is allowed, and parking is an allowed use in [residential zoning].”

In the spring, Barcus started tearing down the homes and installing paving stones to build the lots. He sought a zoning change to create the parking lot, and the zoning commission heard the case on July 14 but voted 4-3 for a 30-day continuance. The board will hear the case again on Wed., Aug. 11.

Barcus was within his rights to rip down the homes, but neighbors began complaining after he began expanding his parking lot. Despite what Schroeder’s e-mailed message stated, Barcus discovered that he couldn’t pave the residential lots prior to a zoning change.

Michael Banta, president of the Bluebonnet Place Neighborhood Association, has been collecting letters from residents who oppose the zoning change. Since the parking lots were put in, Banta said, neighborhood residents have noticed an increase in vandalism and public intoxication.

Barcus says the claims are exaggerated. His parking lot is well lit, and he has security cameras to monitor the outside perimeter of his restaurant. Had he known that he would not be allowed to pave the residential properties, he would not have spent the money on the purchase and renovation.

Some residents believe Barcus is just another big developer trying to take over their homes. In 2006 the residents had to go against some “deep-pocket developers,” Banta said, who were trying to tear down homes and build large duplexes and multi-family homes. “There is always something brewing,” Banta said. “There is always somebody wanting to come in. It’s a dollar-sign issue ultimately.”

Zoning commission members urged Barcus and neighbors to compromise and suggested adding more green space to create a buffer between the parking lots and the rest of the neighborhood. Still the commissioners worried that approving the request would open the floodgates for similar changes in the future. “It’s a mess for both sides,” said zoning commissioner Gaye Reed. “I’m sympathetic to the owner acting on what, I can tell, may have actually been very bad advice.”

Yet she still agreed that approving the change and allowing the parking lot to stay sets a precedent.

Commissioner Ann Zadeh said approving the change after Barcus has already begun paving parking lots “is rewarding not going through the process in the correct fashion. We should not be encroaching on the neighborhood.”

The Old Rip’s parking lot is unlike most, including the lot across the street on Cockrell Avenue leased by Fuzzy’s Taco Shop and also Old Rip’s. Barcus planted two dozen oak trees in his parking area and included several of his handmade metal sculptures.

Some Bluebonnet Place residents complain that Barcus isn’t using the lot just for parking. Barcus got a tent permit from the city during TCU’s Parent Weekend last fall to host a fraternity and sorority party. He also got a permit from the Texas Alcoholic Beverage Commission to sell alcohol outside. He said he would like to have more festivals in the future but would follow the permitting procedures and turn off the music at a reasonable hour.

Banta said residents don’t like the “hooting and hollering in the evening.”

Banta told the commissioners at the meeting that the residents are frustrated that this is happening in their neighborhood. “They’re confused about how this happened, how a commercial property took over a residential property,” he said.

Clarke Barcus said that some residents have come in to talk to him about the issue and to assure him that Banta’s view doesn’t represent the entire neighborhood.

The second hearing before the zoning commissioners is looming, and Barcus has made changes to his site plan, including a 20-foot grassy setback from the street to match the residential requirements. He also has taken away a row of parking for a 15-foot setback from the house next door to the lot.

Whether that’s enough to suit the commissioners remains to be seen.

“I have a problem with anything encroaching on neighborhoods when they don’t want it,” commissioner Maurice Barnes said.

But Barcus said he never had the intention of steamrolling into the neighborhood. “We’re not trying to run this down anybody’s throat,” he said. “We’re a part of this community. We’re here to stay.” 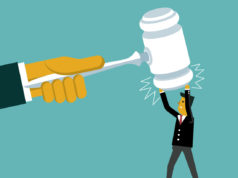