God’s Joke is an Arlington power trio that harkens back to Australia’s Hard-ons as well as Red-era King Crimson, delivering jams of shifting tempos, cluttered arrangements, and psychedelic pomp –– but with some candy-coated snarling for good measure. 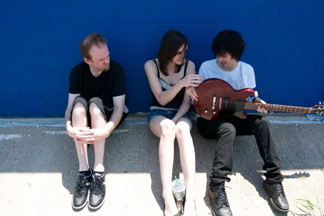 God’s Joke’s latest, Greatest Misses, also throws back to Denton’s experimental punk scene (circa 1985) but isn’t as dangerous, which isn’t to say the CD lacks menace. The riff that kicks off the opening track, “Sorry,” mimics the clanging intro to Def Lep’s “Photograph” before charging into angular post-punk territory: lulling verse, lulling verse, build-up, nasty chorus. A massive wall of sound results after the floating flamenco passages that introduce “Alison Dies,” and bassist/co-lead vocalist Skye has an angry purr that calls to mind Courtney Love.

There’s sugar to go with all of that angst. The acoustic “Dove” is an intimate ode, and “Lace” is a spaghetti Western-inflected day trip. The prog comes mainly in the form of “Chalu” and “Space: An Epic Realization,” two tracks in which chiming guitars, drawn-out delays, and swirling feedback take centerstage.

But like all good punks at heart, true inspiration isn’t found in moody set pieces but in minute-and-a-half blasts of fury. Songs for the beaten and bruised like “Failure” and “Fucked Up Junkie Heart” barrel through the speakers like lost X gems.

Overall, for every 10 minutes of pure power, there’s some quiet time, creating a well-balanced listen. God’s Joke: Punks crossing the bridge to pop that Robert Fripp built. And in Arlington. Who woulda thunk it? –– Justin Press

It might seem obvious, but whether or not Keegan McInroe’s sophomore release, From The Wall And In The City, succeeds is entirely up to you. On one hand, the Fort Worth singer-songwriter is talented and ambitious –– and well-connected. Daniel Katsük, Darrin Kobetich, and Ginny Mac are just a few local notables who performed on the record. On the other hand, McInroe is keen to proselytize and ape his influences to an almost embarrassing extent. Imagine Tom Waits’ and Bill O’Reilly’s lovechild playing blues-folk, and you’ll begin to get the picture. 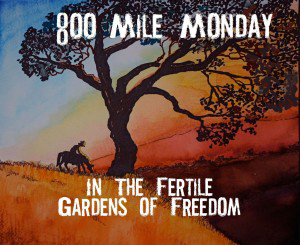 Despite the amount of instruments employed, the arrangements are fairly straightforward. The record relies mostly on McInroe’s personality and lyricism for its punch. On “In The City,” McInroe hints at inspiration, experimenting with spooky, avant-garde guitar passages, but the song ends up just dragging along. Equally grating are the album’s sophomoric singalong (“Chowder”), cutesy pirate shanty (“The Ship’s Going Down”), and embarrassing vamping (“Prepare the Way”). The ghostly shuffle “Revolution,” with its wheezing accordion and ohh-WEE-ohh refrain, oozes gloom and doom but at least provides some lyrical nourishment. The song is worth savoring, especially if you can’t stomach the rest of the album, chock full of McInroe’s heavy-handed evangelicalism, derivative and lifeless attempts at folk, and Fox News-inspired scaremongering.

On occasion, he displays talent for evocative, witty wordplay, and both his bursts of off-kilter guitar playing and ear for tone are noteworthy. But in the end, Keegan McInroe can’t seem to break through the walls of his towering ambitions. –– Cole Garner Hill

There’s nothing unusual about someone writing a batch of Red Dirt songs, rounding up backing musicians, scouting a local studio, and financing an independent CD. Happens all the time. Unfortunately, the result is usually earnest but inferior, devoted but derivative, passionate but pretentious, or just plain awful. What’s unusual is when somebody pulls it off and creates a minor masterpiece of a CD that can nestle in stereo rotation alongside all of your favorites.

Fort Worth’s Daniel Payne has done it. He isn’t a jaw-dropping singer, songwriter, or guitar player, but his sum far outdistances his parts. A rootsy realness echoes in this debut album from his outfit, 800 Mile Monday. In the Fertile Gardens of Freedom soars because Payne’s got that elusive intangible “it” factor that can’t be learned or bottled. He slaps the listener upside the head with the opener, “Pitchfork,” and the music escalates for the next 20 minutes. The songs are blunt, edgy, and completely infectious. He doesn’t try too hard and yet delivers in spades here.

“Where I live, there ain’t a minute of peace,” Payne’s blistering vocals wail in “They Marched Us Off,” a sympathetic ode to soldiers that resists being preachy. Payne’s guitar work is captivating at times, and his vocals are authentic without sounding affected. Recorded at Fort Worth Sound and co-produced by studio owner Bart Rose, In the Fertile Gardens of Freedom blooms with rare freshness in a genre that too often totters toward caricature. The album loses a bit of steam toward the end, maybe because Payne set the bar so high early on. Still, few acts can match the intensity and brilliance found in the first five songs. –– Jeff Prince

The Defibulators aren’t your grandpa’s honkytonkin’ band. Co-fronted by native Fort Worthian Bug Jennings, this Brooklyn-based septet has a new album out, Corn Money, in which the intentionally fuzzy production quality is as trippy as the tight psychedelic bluegrass musicianship is tight.

In The Defibs’ hands, Southern music turns into something oddly dark. About time someone put a spin on both kinds of music (Country and Western).

Other than to make an artistic statement, why else would seven otherwise normal New Yorkers travel the country in a vintage ambulance? Like a trad bluegrass album, Corn Money is loaded with technical brilliance. Stand-up bass player Freddy Epps and drummer Riddleberger are crazy for slapping locomotive beats and maintain tight grooves over which lead guitarist Roadblock lays down some quicksilver solos. The band moves through Southern-fried sock-hop and surf styles, exhibiting some serious finger-picking and washboard skills along the way.

All seven musos play their instruments with flair and grace, but sheer musicianship isn’t the point here. As indicated by a song like “Dum-Dum,” with its lyric of “I’m in pieces, drinking gasoline like it was milk,” twistedness is the big idea. Corn Money could be the soundtrack to a spaghetti Western filled with drugs and chainsaws.

Whether The Defibulators are poking fun at honkytonk music or reinventing the genre is anyone’s guess. Either way, Corn Money is worth yours. –– Caroline Collier

Though plenty of artists claim to channel all of their influences, few of them actually do so. One who does is Jon Charles Fortman, the mastermind behind The Antique Harmoniums, whose album, The Gifts and Testaments of Robin Hood Road, incorporates choral, pop, rock, country, classical, atonal, you name it, into a cohesive whole. Fortman, who wrote, arranged, and orchestrated all of the songs –– and who also played almost every instrument imaginable –– built the CD piece by piece over the course of several years, recording in professional studios in Arlington, Dallas, Denton, and Mandeville, La., and utilizing session players whenever possible.

Considering the track lengths — some go beyond 12 minutes — it sounds like he got his money’s worth.

Putting Fortman’s delusions of grandeur aside, he sounds like a New Age Brian Wilson or budding Tim DeLaughter. The entire venture isn’t bereft of inspiration. Fortman shows real talent in his complex yet catchy arrangements and in the record’s classical elements (“1902”). He just needs to learn some restraint. He has so many aspirations bouncing around in his head that most songs sprawl wild in a million different directions, occasionally lapsing into cheesy, affected melodrama (“Rounders”).

The diverse elements flow naturally together, though. Without one man constantly gripping the reins, a project like this likely would have remained a far-fetched dream. –– C.G.H.