Conductor Miguel Harth-Bedoya started the Fort Worth Symphony Orchestra’s preseason Music Festival some years back to provide summer employment for the musicians while at the same time exploring offbeat programming. Beginning with four-day surveys of a single composer (Beethoven being the undisputed champ), he later pared it down to three days, a more manageable series from a listening point of view. (Four days of Brahms, no matter how much you admire his work, was pretty heavy going.) 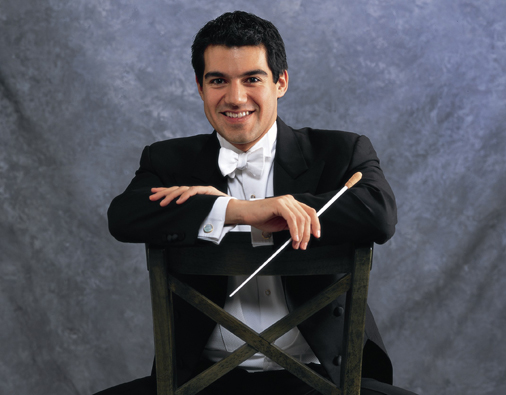 This year, Harth-Bedoya threw caution to the wind and put together a celebration of the Baroque era, a period not wholly embraced by the symphonic crowd. Some of the big choral works, a few pieces by Bach and Handel, and a couple of operas, are sometimes heard today, but most folks prefer the robust ensembles of the 19th and 20th centuries to the delicate chamber qualities of the late 17th and early 18th century.

Conventional wisdom aside, the conductor’s gamble paid off. Last week’s programs in Bass Performance Hall played to full houses and many ovations.

The highlight proved to be concertmaster Michael Shih’s intense performance of Vivaldi’s “Summer,” from the composer’s Four Seasons violin concerto cycle, heard on the final program. Conducting a mini string orchestra (in the custom of the time), Shih gave a rapturous performance on a glorious Stradivarius on loan to the FWSO by the William S. Davis family of Fort Worth. Rarely do you hear music of the period –– or any time, for that matter –– played with such personal introspection and virtuosity. The audience erupted in wild applause at the end, in which I heartily joined.

The second night featured the celebration’s most ambitious project, an exploration of Baroque music in the New World, namely South America. Harth-Bedoya reconstructed some of the music based on notations left in a journal by 18th-century Bishop Trujillo of Lima, Peru. Much of Harth-Bedoya’s orchestration was influenced by watercolor paintings, also made by the Bishop, showing musicians of the day performing the music. The conductor was joined by a superbly prepared Fort Worth Baroque Society chorus of 37, soprano Ava Pine, four guitarists playing native instruments (one fashioned from the shell of an armadillo), and several percussionists playing unique gems. A rattle made of sea shells, animal jaw bones (which gave a resounding clack when struck together), and a drum covered in animal skin, which had a soft, mellow sound, were played. A strong case was made for resurrecting the music. Pine first recited the text in English and then sang it in the original language with pure, effortless grace. The joyous melding of cultures –– formal European choral writing juxtaposed against exuberant New World dance rhythms and bizarre instrumental sounds –– was irresistible, and the audience roared its appreciation.

The three-day survey offered a number of opportunities for FWSO first and associate chair players to show their stuff. Heard to advantage were bassoonist Kevin Hall, violinists Swang Lin and Alessandra Flanagan, and oboist Jennifer Lucio, all on opening night, followed the next night by flutists Jan Crisanti and Pam Adams and violinist Eugene Cherkasov. French horn player Mark Houghton and trumpeter Adam Gordon performed on the third and final evening, both playing concertos by Georg Telemann.

Not everything was wine and roses. Associate conductor Andres Franco found little to say in a suite from Henry Purcell’s incidental music for the play Abdelazar. The brief dance tune that Benjamin Britten borrowed from Abdelazar and immortalized in his Young People’s Guide to the Orchestra sounded anemic here in its original orchestration and not at all playful. And Lully’s overture to The Triumph of Love came across as so innocuous that you wondered what love’s defeat might sound like. There were other soft spots, too, but the overall effect of so much strong solo playing was positive and engaging.

No credit was given, but someone deserves recognition for the great visual look of the concerts. The stage, cut to about a third of its usual depth, was dimly lit, the back wall bathed in a different colored light as each piece began: blue, yellow, orange, or simply the natural wood of the wall. Sometimes the colors were solid, other times wispy, creating patterns that unobtrusively reflected the music’s mood. It created the feeling of a large and inviting room, enhanced by tall, standing wrought-iron torchères placed at the corners of the stage. Maybe the orchestra’s regular subscription series can be spruced up with something like this? For better or worse, we live in a visual age, and this was very appealing.