Every hipster worth his weight in obscure Radiohead songs (and every stoner worth his weight in Sabbath albums) is going –– or should be going –– to Saturday’s show at Lola’s Saloon (2736 W. 6th St., West 7th Street corridor, 817-877-0666). EPIC RUINS will be celebrating the vinyl release of their spellbinding debut album, Void Mariner and the Mystic Boogie of the Sacred Line, with openers Calhoun and The Orbans. 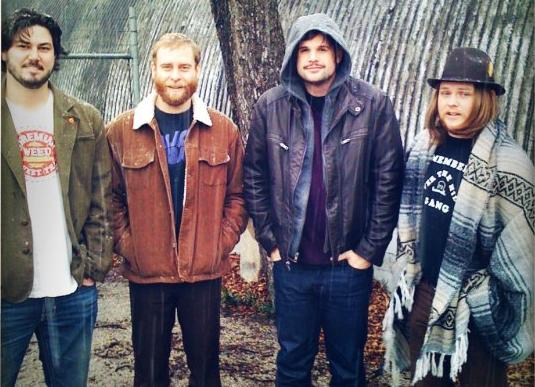 The music starts at around 9 p.m., which will give you more than enough time to swing by The Where House (2510 Hemphill St., South Side) beforehand. Starting at 7 p.m. will be Art Show @ The Where House, featuring the handiwork of 15 North Texas artists ranging in artistic media as diverse as metal sculpture, glasswork, painting, photography, jewelry, and more. There’ll also be live performances by singer-songwriters Adrian Hulet (late of oso closo) and Amber Elkins. Everything –– food, libations, music, and admission –– is free. The Where House and the event’s presenter, Piranha Bear, are hoping that attendees will plop down some money for some art –– a portion of the proceeds of art sales will go toward future art-related events at the venue. (The rest of the proceeds, of course, will go toward the artists.) Though the art show’s end time is officially 10 p.m., word is already spreading that The Where House will be the location of the EPIC RUINS after-party.

EPIC RUINS is a nontraditional band that takes its cue as much from sci-fi/fantasy books, movies, TV shows, and video games as from rock music. The band would be perfect for the laser light show treatment. Back when I was a kid in the late 1970s, laser light shows set to classic (stoner? prog?) rock music were super-popular. They always happened at the local planetarium, where you’d go in, take a reclining seat looking up at the ceiling designed to resemble the nighttime sky –– stars, planets, and all –– and have your wig flipped. Laser light shows eventually died off, but the Noble Planetarium at the Fort Worth Museum of Science and History (1600 Gendy St., Cultural District) is bringing them back. They begin at 7 p.m. most Fridays and Saturdays and select weeknights throughout the holidays. (Check www.fortworthmuseum.org for show dates and times.) On tap are Pink Floyd: The Best Of! and Rock: Like It Was Meant to Be. Tickets are $5 for members and $8 for the public and can be purchased via the museum’s web site, by phone at 817-255-9540, or in person. Now what do we have to do to get an EPIC RUINS laser light show?

A super-group that I first told you about a couple of years ago, the Missile Men, are about to release their debut EP, a four-song disc recorded by Goodwin’s Daniel Gomez at Missile Men bassist Neil Schnell’s house. The band, which also includes frontman Tony Diaz (Goodwin), guitarist Ryan Thomas Becker (RTB2, Eaton Lake Tonics), and drummer Lucas White (Rivercrest Yacht Club, James Hinkle), plans to release the as-yet-untitled disc in January 2011. A CD release show is planned for Sat., Jan. 22, at The Grotto (517 University Dr., Cultural District, 817-882-9331). As for the sound, Diaz said to expect some XTC, The Police, and Joe Jackson, among others.

It’s in the Way You Misuse It