When operatives with Republican ties paid for the petition drive that got the environmentally oriented Green Party on the Texas ballot this year, it set the stage for problems for Texas Democrats beyond 2010.

Under Texas law, if a party gets more than 5 percent of the vote in an election for any statewide office, the party automatically qualifies to be on the ballot in the next election cycle, for all offices they choose to run candidates in.

That has become routine for the Texas Libertarian Party, which since 2004 hasn’t had to gather tens of thousands of petition signatures to qualify for the ballot. They’ve gotten on in recent years when their candidates scored above 5 percent in one or more statewide races because the Democrats didn’t run anyone for those offices. 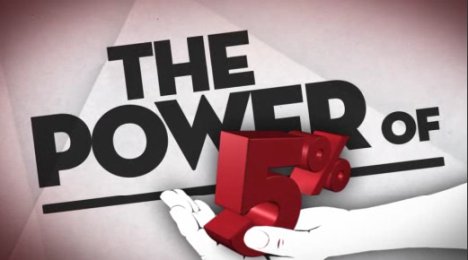 This year, after the Greens got on the ballot and the Texas Democratic Party decided not to contest the circumstances surrounding the qualification, it didn’t have much impact on the election. Shocked Texas Democrats watched on election day as a national anti-Obama tsunami left dozens of their fellow party members as former officeholders.

But the longer-term damage could come in 2012. While Democrats will be engaged in what in sports circles is called a “rebuilding effort,” the Green Party will automatically be on the ballot, for the first time since 2002.

What happened is relatively simple. When former U.S. Rep. Nick Lampson decided just before the filing deadline that he wouldn’t run for state comptroller, no other Democrat filed. But Green Party candidate Edward Lindsay did, along with Libertarian Mary J. Ruwart.

It was no biggie for the Democrats that Ruwart drew 10.49 percent. The Libertarians, after all, had qualified in two other statewide races. Besides, Libertarians siphon more votes from Republicans than from Democrats.

But Lindsay’s 252,233 votes worked out to 6.34 percent of the total cast — the only statewide race in which his party drew the needed minimum percentage. And now the Greens have well over a year to recruit candidates, with the added bait that they will be on the 2012 ballot.

That could be a problem for Democrats in tight races in 2012. While the Libertarians generally draw away votes from Republicans, the Greens pick up votes that in most cases would otherwise go to Democrats.

In most cases, it won’t matter. But it’s hard for Democrats to forget that Ralph Nader’s Green Party candidacy for president in 2000 drew 97,448 votes in Florida — while the U.S. Supreme Court declared Republican George W. Bush the victor over Democrat Al Gore in that state by only 537 ballots.

That gave Bush Florida’s 25 electoral votes, without which he would never have become president.

As opposed to 2008 and 2006, when the Libertarian draw-off arguably made the difference in Democrats winning several tight state House races, in 2010 there was just one.

Libertarian Ben Easton got 1,518 votes, or 2.94 percent, almost certainly siphoning off the bulk of them from Neil. Neil understandably has called for a recount.

If the recount finds Neil to be the winner, Republicans will almost certainly have an even 100 of the 150 seats in the House. That’s a two-thirds majority that can do many things if the Republicans stick together. (Republicans sticking together is a subject for future discussion.)

Seldom do Libertarians break 5 percent in a race when both major parties are represented. However, Libertarian Ed Mishou got 5.04 percent in the sleeper 27th District congressional race (Corpus Christi to Brownsville), in which Republican Blake Farenthold upset longtime U.S. Rep. Solomon P. Ortiz by less than a percentage point.

Libertarians usually seem to get between 2 and 3 percent in most races. For instance, Libertarians Kathie Glass got 2.19 percent for governor, and Scott Jameson 2.47 percent for lieutenant governor.