OK, I get it: It’s Christmas, and you want to celebrate the birth of your savior. You want to decorate the trees and break out the lights and put plastic reindeer on the lawn. You want to wear Santa hats and give out a big pile of presents. It’s the season to be jolly, fa la la la la.

But for some of us, it’s not so much fa la la la as blah, blah, blah and that’s not so ha ha ha. It’s a tough time of year for humbugs, as if we weren’t already alienated enough.

The last thing we need is local religious leaders piling on when a tiny humbug alliance simply places a few ads that suggest that if you don’t buy into this particular holiday, that doesn’t make you a bad person and you’re not alone. 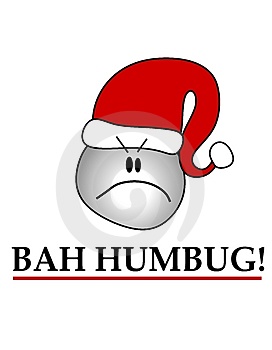 If Christmas is truly a season of giving, then I, for one, would like Christians to give the rest of us a break. Local church leaders are practically speaking in tongues because an atheist group called the DFW Coalition of Reason placed an ad on city buses that says “Millions of Americans Are Good Without God.” Some Christians find that message offensive, and they’re calling for a boycott of the bus system. Others are buying their own ads to shout down secular outreach. Will they replace the metallic Christian fish eating a Darwinian symbol with a fish chomping on a human brain? And speaking of fishy symbols, have any of these zealous souls looked at a quarter or a dollar bill lately?

All of our legal tender says “In God We Trust” — except not all of us trust in God. We skeptics know it’s probably unconstitutional for inaccurate Christian assertions to appear on governmental promissory notes, but we choose our battles. If homage to an unseen deity helps our fellow citizens feel better about the sins of capitalism, that’s OK. It’s arguably akin to putting biblical scripture on the barrel of a gun, but we’re more than happy to oblige if it keeps the peace. Deep down, we know if things ever get really dire and scary again, our God-fearing neighbors will probably storm our doors with torches and burn us in the town square. We defer to Christians in most aspects of our lives, but that deference shouldn’t be taken for granted.

Christians carry on like they’re persecuted in this country, but it’s an almighty myth. The Americas were conquered under the Christian flags of greed and prejudice. The American way of life is perceived and justified through a Christian lens. And the entire system we live under clearly rests on Judeo-Christian underpinnings. To imply that Christians are mistreated in this country is like saying the white man was wronged by the Indians.

If an atheist winds up in court and refuses to swear on a Bible, three-quarters of any jury will believe he is guilty of something. If a high school athlete refuses to pray with her team before the game, she is immediately an outsider no matter how well she plays. And if an atheist runs for public office and doesn’t swallow his skepticism and falsely proclaim his love for Jesus, the only thing he’ll be presiding over is a bag of hate mail.

The only faction more persecuted and unpopular in this country than atheists is homosexuals. But we may see a gay Christian president before we see an openly atheist president.

We humbugs swim against an almost impossible tide, and if one of our tiny alliances wants to extend a comfort to kindred brethren, it shouldn’t be condemned. It takes a lot more courage to be an atheist than a Christian in our country, and anyone who chooses this path of most resistance shouldn’t be crucified. It’s pretty easy to sit back and believe an omnipotent benefactor is watching, guiding, and offering you immortality and a cozy place by his side if you’ll just do as you’re told. It’s much harder to live and work without a spiritual net.

Christians don’t have a monopoly on righteousness, kindness, or love at Christmas. Holiday cheer can originate from secular sources, and it shouldn’t be too much to ask for the Christian “Goliath” to defer to us lowly atheist “Davids” in this instance.

For better or worse, ours is not yours. Heresy is sometimes healthy and necessary, as millions of Protestants should recognize. Saying some folks are good without God shouldn’t threaten those who do believe. It’s simply a different gospel.