Magnus is living proof (as if any more were needed) that heaviness is its own reward. The band was reborn, phoenix-like, in 2007 from the ashes of a late-’90s vintage outfit — familiars of respected locals Yeti and the recently resurrected Garuda — that flamed out in the aftermath of the death of founding guitarist-singer Merk Crandle in 2003. 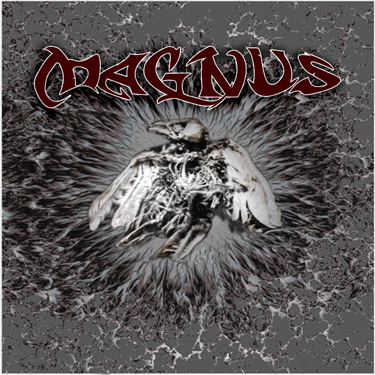 The trio plays a mainly instrumental brand of prog-metal that derives its sonic impact from the punishing percussive thunder of drummer Andrew Tipps (listen for five minutes, and you can tell whose band this is) and the precision of guitarist Ben Schultz and bassist Kenneth Thompson’s unison fret math. When Schultz finally solos, on the whirlwind closer “8 Divine Palm,” it’s not to showcase flashy chops but rather to add color to the piece’s desolate mood.

Tempos are generally faster than usual for this kind of thing, and the tunes are lengthy (shortest 5:06, longest 9:33), with plenty of room for thematic development. The music careens along like an out-of-control locomotive but one that can dance — there’s brutality to these jams but also majesty and grace. When lyrics are required, it’s Thompson’s tonsil-torturing task to roar them out over the din. Some of the words here (check out “Woebegone” in particular) sound to these feedback-scorched ears like valedictories to Crandle, in the same way that Yeti’s 2004 release, Volume, Obliteration, Transcendence, was to fallen Yeti leader Doug Ferguson. Magnus would undoubtedly make Merk proud.