A new Fort Worth-based record label specializing in shoegaze (but not exclusively) is about to debut. In May, St. Marie Records will release its first two albums, both from Swedes: Welcome to the Promising Land of Hi5ers and Hopeless People by Niels Nielsen and At the Line of the Border by Patrik Torsson, who, we could say, is partly responsible for St. Marie’s creation. 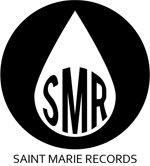 Several months ago, Torsson was looking to release the record, and his friend, freelance web and graphic designer Wyatt Parkins, decided to release the album himself. Parkins, a Fort Worthian who has worked with The Polyphonic Spree, Piano Magic (London, England), Good Records, and Claire Records, had always wanted to start a label. Now, in addition to securing American and Southeast Asian distribution via Darla Records, Parkins has established a partnership with a financial backer who will “enable the label to further achieve its goals,” Parkins said. “This is very humbling and exciting at the same time, and I look forward to many years in the music industry.” Submissions to St. Marie Records may be sent to P.O. Box 48723, Fort Worth, TX 76148.

Now that Facebook and Twitter have taken over the world, I’ve been relegated to everyone’s pay-no-mind list. Why bother telling me about something cool and new when you can just put it on Facebook or Tweet it? But, OK, there are still some local musos who respect my years of writing about the 817 scene and value my craftsmanship. So thanks to The Orbans, who let me break the news of their invitation to play a sanctioned showcase at this year’s SXSW Music Festival in Austin. And thanks to Kevin Aldridge, who revealed his solo project to me last summer. And thanks to singer-songwriter Jason Worley, who’s just given me a copy of Diaspora, the debut CD by his band, Earthquake Country, featuring two Telegraph Canyon members, bassist Chuck Brown and fiddler Tamara Brown, plus drummer Brian Shaw (Transistor Tramps), keyboardist Stepho Wettermark (Houston’s Groceries, Austin’s Sally Crewe and the Sudden Moves), and on lap steel Mark Mauzey (Yacht, Mucho55sub). The album is often buoyant, often melancholy, but always precise and lyrically colorful. A CD release show is in the works.

And a special thanks to Calhoun frontman Tim Locke, who told me before any other media big-mouth about his band’s signing to Idol Records. To him, the Dallas-based label is ideal. “They’ve put out some of the best records I’ve ever heard, in my opinion, local or otherwise,” Locke said, and he went on to note that several highly respected bands, particularly The O’s and Little Black Dress, call Idol home. Even though the Calhoun album, Heavy Sugar, was completed months ago, the timing of the new partnership is right, Locke said. “Well, I mean, we weren’t a band when we made this particular record,” he said. “There was nothing really to drive it if we had put it out right away.” With keyboardist Toby Pipes about to have a baby, Calhoun will shut down for a bit, “which ain’t bad,” Locke said. “We’ve been playing a lot lately and need to give people a rest.” Heavy Sugar will come out mid-May, and the band will embark on a European tour in the fall.