Unnoticed by most local news media, on March 9 a tanker carrying toxic wastewater from a gas field overturned just north of the intersection of I-30 and University Drive—between Trinity Park and the Fort Worth Botanic Garden. The accident occurred shortly before 7 a.m.

Greg Hughes, a member of the North Central Texas Communities Alliance, said he was on his way to work when he passed the wreck site. “I could see an overturned water truck, so I pulled over to take pictures,” he said. “I’d only taken a few when a fireman told me that I needed to leave.” 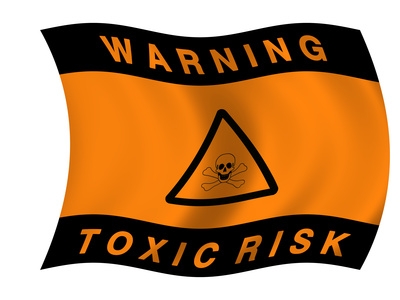 When he asked why, Hughes was told that he’d just walked through an area where cars had tracked through the spilled liquid from the truck “and that it could be radioactive.”

“I thought that was curious, because they had no radioactive signs or Geiger counters or anything else you might see at a nuclear accident,” Hughes said. He should know: He worked at a nuclear plant for two years.

According to a report filed by the Fort Worth Fire Department, about 50 gallons of water may have entered the storm drain. The driver was apparently unhurt, and no other cars were involved.

That may not seem like all that much, compared to the full load of 5,500 gallons a tanker truck can carry, but it still makes Static nervous. That’s 50 gallons of untreated toxic waste — which can include radium, benzene, toluene and a host of other poisonous chemicals —  that flowed directly into the Trinity River, right by Trinity Park. The poor fish in that river are already inedible because of all the PCBs they’re carrying around. What’s more, studies show that accidents like this, and leaks and spills due to carelessness, are a major way that drilling waste products get into groundwater.

“You know, there are a lot of toxic substances that move in and around our city,” said Gary Hogan, who served on two gas drilling committees for the city. “But this is a new one that we’ve invited in because of the lure of gas money. And we’re going to have to live with it for a long time. Is it worth it? Not in my opinion. Because the next spill might be worse.”