A month ago, So 7 Bistro chef/owner Jean Michel Sakouhi announced that he was downscaling his fancy-Frenchy menu and rebranding as So 7 Bar & Grill (2401 W. 7th St.). His reasoning, as quoted by the Star-Telegram: “I think maybe the French bistro concept is for the very privileged few … . So we are going to try something that more people can relate to.” Oh, I see, his slow business was our fault — we’re just not classy enough to support fancy-Frenchy places, like, say, Cacharel and Saint-Emilion and Sapristi, all of which have been going strong for years.

(Now you say, What about the Vault? That was fancy-sorta-Frenchy, and it flamed out within a year or so. And Chow, Baby says, Oh, you mean Jean Michel Sakouhi’s last restaurant? That was our fault, too. We just couldn’t “relate” to teeny once-frozen shrimp at downtown prices.) On the maybe-he’s-got-a-point side, Chow, Baby itself is in Jean Michel’s current target audience: an open-mouth chewer who had never visited the old So 7 and is intrigued by Chef’s description of the new déclassé menu: coq au vin and crab cakes, burgers and fish tacos; 90 percent of the menu under $10, topping out at $15.95 for a rib-eye. That’s exactly enough class for the likes of Chow, Baby. 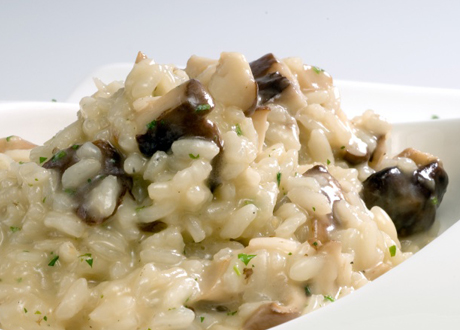 First shocker: This is the restaurant that other reviewers have described as “lovely” and “lush”? It’s awful! It looks like an ’80s new wave deli — the harsh lighting is no friend to the sherbet-strident walls, and the place is severely under-decorated: no plants or tablecloths or anything. Most of the tables seem to be from Ace Mart’s bargain line: particle board and cheap veneer. Gee, I wonder why the sophisticates never showed. Maybe tolerable for a $10 meal — if you squint.

Second shocker: Where’s the $10 grub? Dinner entrées here now run $14-$28; the promised $15.95 rib-eye is $24. Squinting away like a Dirty Harry movie trailer, Chow, Baby stabbed blindly at So 7’s unhelpfully rubbery potato gnocchi ($14), though the tomato-spinach-garlic cream sauce was fabulous. The filet mignon ($28) was perfectly cooked and marvelously tender, with a bold peppercorn-cognac sauce; the accompanying two florets of steamed broccoli were either the world’s largest garnish or the chintziest-ever veggie side. Service was enthusiastic but new and uncertain. Chow, Baby has had more sophisticated dinners in a gas station.

Turns out the $10 food is on the lunch menu (entrées $8-$14), so Chow, Baby reluctantly returned to face those walls again. Not so bad this time; the gentle early-afternoon sunlight flooding through floor-to-ceiling windows softened both the hostile colors and the who-you-callin’-unprivileged chip on Chow, Baby’s shoulder. Even the most dissonant “bistro” music since Mac’s at Montgomery Plaza — and once again being the only diner in the place at peak eating time (creepy) — couldn’t detract from the creamy chicken-mushroom risotto ($11), flecked with thyme and rich with jus, and a mac and cheese ($8) to add to the list of “best in town,” here with penne, gruyere, and loads of crisp bacon bits.

So definitely check out lunch; if you go for dinner, match the ’80s theme and wear your sunglasses indoors. And do it soon: A glance at the room, void of charm and patrons, says So 7 Bar & Grill probably won’t be around long. It’s just not a place people like us can relate to.