I was about four beers into my 12-pack when I realized Taiwan was not in Japan. One of my new Taiwanese friends, who had told me his unpronounceable-by-me name only five or six times while hanging out on the hotel patio after a full Saturday of SXSW-ing in Austin, mentioned something about his home island’s close proximity to Japan. Ohhhh! I thought. So Taiwan is in China! Right?

Whatever. My lack of knowledge in Sino-Japanese politics isn’t why I make the big (read: microscopic) bucks. No, pennies and peanuts rain down on me like golden showers for my powerful drinking skills and hyper-sensitive bullshit detector, an instrument that was on 11 throughout South-by this year and went off more than a couple of times. OK, a few. 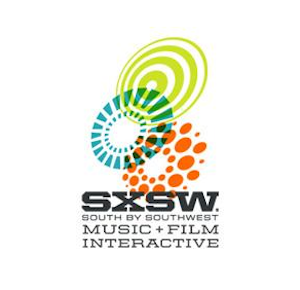 For the first time in a long time at SXSW, I actually saw performances by artists not from my coverage area. Don’t ask me why. One show was interesting. One was ridiculously lame. One was just eh.

The eh one was the first one of the day Saturday. I mean, Denton singer-songwriter Sarah Jaffe is proficient enough and surrounds herself with solid backing musos. But c’mon. Contrary to the laudatory praise she’s received, she’s not the second coming of Ryan Adams. Her songs have a loosey-goosey quality and are almost gratingly subtle, gratingly minimalist in instrumentation and structure. A mean me would say they’re “undercooked” or “monochromatic.” For her early-afternoon Ghost Room show, she got a crowd of about 150, and the sound quality was pro: loud and clean but not loud enough to prevent some friends and me from conversatin’ comfortably a few yards from the stage. And after a few songs, we found ourselves a-conversatin’ more frequently and not only because some of us had enjoyed a sweet Ghost Room Special (a shot of Jack and can of Pearl for six measly dollars).

The next non-Fort Worth show was of a different sonority but a little more intense. Dallasite Josh T. Pearson is something of a North Texas legend. His former band, Lift to Experience, is reportedly responsible for one of the greatest recordings ever to come out of Texas. Released in 2001, the double-album The Texas-Jerusalem Crossroads is, from what I’ve gleaned through wide-eyed conversations with appreciators, about the second coming. In Texas. Or something. Now a Parisian who has shared some City of Lights bills with Denton’s Bosque Brown, Pearson wears two songwriting hats: one for rock-ish music and the other for what he performed at the Mean-Eyed Cat after the Jaffe show, acoustic country balladry.

Pearson, with his long brown hair and long brown beard and wearing a dark, relaxed suit, cut quite a figure. His brand of guitar-playing incorporated flamenco-ish finger-picking and simple chords –– because he’s a right-handed picker, his left hand hardly ever moved from the third fret and only occasionally from the C position. The music wasn’t bad, though. The songs, most if not all from his forthcoming debut solo album, Last of the Country Gentlemen (Mute Records), ebbed and flowed, sometimes swelling into explosions of twinkling notes and open-throated vocals, sometimes quieting into barely audible reverie. Though the emotionally heavy music sort of demanded heavy lyrics, Pearson spun yarns around such titles as “Woman, When I’ve Raised Hell (Heaven Knows You’re Gonna Know It),” “Country Dumb,” and “Sweetheart, I Ain’t Your Christ.” But maybe Pearson’s uniqueness is an endorsement. You’d be hard-pressed to find anyone doing anything similar.

Two of the next three shows I saw were Fort Worth-local. As with years previous, cowpunks Holy Moly played to a comfortably crowded house at Darwin’s Pub on 6th Street, arguably the heart of the South-by action. Some sound issues aside, the quartet was super-tight and had folks dancing down in front. Bassist Jeremy Hull, bowing, punching, slapping, strangling his upright bass, was an absolute live wire. The quartet is about to go into the studio with Fort Worth producer Will Hunt (The Polyphonic Spree, Evanescence’s Amy Lee), who’s currently producing The Burning Hotels’ new full-length.

Next stop was The Aquarium on 6th for Stella Rose. A pretty decent crowd turned out for the Fort Worth/Austin trio’s moody, borderline shoegaze-y hard rock. The floor space in front of the stage was small and packed with bodies. I saw a lot of people walk in mid-song and start bobbing their heads along to the music; didn’t notice a lot of departures. I expected a stronger Fort Worth presence, though. There were only a couple of us there.

For a smoke –– we were in non-smoking Austin, after all –– a friend and I meandered over to The Blind Pig, a two-story, mainly open-air venue and the site of a chance meeting with a Dallasite who, almost as soon as she’d introduced herself, told us about keying her boyfriend’s car as nonchalantly as if there’s no other, totally non-psycho way to handle a breakup. Her sister and her boyfriend, the latter a diehard Steelers fan, and togging the Steelers earrings to prove it, showed up, and my buddy and I found ourselves upstairs with our new friends regaled by what can be described only as rap karaoke. Seriously. There were a few hundred people there, and Stella Rose –– a real band, with real musicians, performing real, original music –– draws only a third as many people? There are so many things wrong with that scenario that just thinking about it for 10 seconds will make your head explode.

I’ve been to about 10 or 12 South-bys over the years, and I’ve never seen as many people as I did this year. Maybe the economy’s recovering, or maybe South-by is just a massive manifestation of the old adage that boozing increases during hard times? “Ridiculous” is probably the best term to describe the masses of humanity. Imagine currents of people flowing for hours nonstop. Good thing my friends and I spent as little time as possible on the streets and always had a plan for making our way to the next bar on time. We also never had any problems getting cocktails, even when at the Mean-Eyed Cat, where the Lone Star pounders were free. And plentiful. The rest of the night was all downhill from there from an unadulterated-gluttony standpoint. I barely recall buying a 12-pack on the way back to my hotel and hanging out with a bunch of Taiwanese musicians until 5 a.m. No bullshit. –– Anthony Mariani

SXSW has officially devolved into anarchy. Up until a few years ago, a music fan could bounce from show to show, catching a surplus of great music while enjoying the stress-free, unhurried pace of Austin. Well, word got out. These days, the seething 6th Street crowd has spilled east across I-35 and south over the river. Things got so out of hand on Saturday night that riot police closed down the festival. People were doing physical battle with cars going the wrong way on one-way streets, and thousands of fans broke down a fence to see a free show by The Strokes. Really, folks, The Strokes are kind of lame. Are they worth destroying a fence and risking both arrest and personal safety? I don’t think so.

Don’t get me wrong, though. SXSW is still a ton of fun. The amount of quality music is overwhelming. You might as well give up any notion of trying to catch everything on a wish list. Something good is coming out of every window and doorway in town, which kind of makes SXSW a lesson in trying to enjoy the moment.

Despite the economic troubles, companies are still somehow able to dole out limitless free booze, which probably explains the exponentially growing hordes of alleged music fans. Hopefully, the aforementioned companies are sharing the wealth with the performers, who are looking grungier by the year. New clothes for drummers are probably out of the question if a group has to repeatedly fill up the gas tank on the way to Austin.

As noted repeatedly in the Weekly, Fort Worth was better represented this year than ever before. We can only hope that SXSW tastemakers are catching on to all the good things happening here. The Orbans and Telegraph Canyon played a few shows apiece and represented us well. The Burning Hotels performed for the first time without drummer Wyatt Adams on Wednesday night and sounded pretty damn good, playing a set of all new material. Instead of dual lead vocals, co-frontman Chance Morgan seems to have taken over the mic. I prefer Matt Mooty’s voice, but they didn’t ask me. The Hotels sound like the same band but mellower and more thematically focused. The guitar layers keep the songs intricate, which is good, considering that the drum parts, performed in Austin by producer Will Hunt, are much more generic without Adams executing them.

In between local bands, I saw great sets from Spain’s rocking electro-funk band Telephunken, New Zealand’s impressive singer/drummer Liam Finn, the hauntingly captivating Glasser, the venerable Jimmy Gnecco from OURS, and the sweetly compelling James Vincent McMorrow. SXSW 2011 brought in some rap heavy hitters, most notably Wu Tang Clan and the repulsive (but paradoxically endearing) Lil’ B. Even New Zealand offered a street-savvy hip-hop artist in the form of David Dallas. Who knew? Rap has taken over the international music industry. I was really looking forward to Fort Worth rapper Snow Tha Product’s Friday set, but inexplicably and without any warning from the folks at the club, she went on more than two hours late, and I missed her. Oh, well. She’ll probably be back next year, and perhaps she can bring more local rappers with her. A whole Fort Worth hip-hop showcase is in order.

No matter what else happens, SXSW will remain a great opportunity to measure Fort Worth music against what the rest of the world is doing. Judging by what I saw, we’re doing pretty well.
–– Caroline Collier