Stoners like to celebrate their “national pot day” annually on April 20 — based on the notion that police in California used 4-20 as a numeric code decades ago to indicate they were busting marijuana dealers and users. 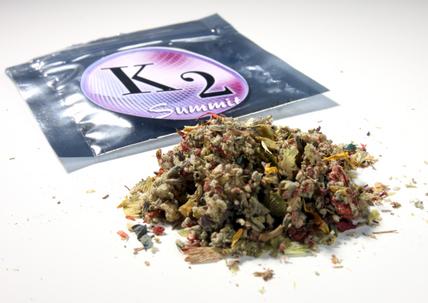 But last week, the State of Texas celebrated April 20 in a different way: The Texas Department of State Health Services chose that day to announce that, by agency policy, it is banning five of the many chemical compounds that are used to create “fake pot.” The ban took effect two days later.

The synthetic compounds, which act like THC (the chemical in marijuana that gets you high) are sprayed on herbal incense and sold in head shops under brand names like K2, Spice, and Genie. They’re all the rage these days, and not just among kids — vendors report that police officers, military personnel, and various folks who know they might be subject to drug tests are among their repeat customers.

The fake pot has already proven to be more dangerous to users’ health than marijuana itself, in part because users have no way of telling what exactly they’re getting or in what dosage. But now using, owning, or selling some versions of the stuff is a threat to personal freedom as well: The health department action, which in turn is based on a decision last month by the federal Drug Enforcement Administration, has classified those five compounds as Schedule 1 drugs in Texas, meaning that, depending on the amount of the drug involved, could land convicted users in jail for up to a year.

Fake pot, however, may turn out to be as difficult to eradicate as the real stuff, because there are so many versions of it. When state or federal governments ban certain compounds, manufacturers simply adjust their processes to use some of the other 200 or so chemical combinations to produce the same effect.

That’s why, at local head shops on Tuesday, packets of the “incense” were still selling over the counter — marked with a sticker that said “DEA compliant.”

When Fort Worth Weekly ran a cover story last year on fake pot (“The Real Deal on Fake Dope,” March 24, 2010) very few in law enforcement or drug counseling services had even heard of the stuff. Since then, 17 states have banned some of the fake pot compounds, as well as many cities. Locally in the past year, Denton, Cleburne, Mansfield, Mineral Wells, and Watauga have banned the sales of K2 and Spice.

The DEA’s ban on the five chemical varieties of fake pot will last a year, while the federal agency studies the substances’ effects and decides whether a permanent ban is warranted.

Texas health department spokeswoman Christine Mann said that state law requires her agency to consider banning any substance the DEA has forbidden. “When we looked at the DEA action, we came to the conclusion that these substances should be classified as Schedule 1 drugs in the state,” she said. Schedule 1 drugs include heroin and cocaine as well as marijuana. State law allows the agency to add such drugs to the “illegal” list  without legislative action, Mann said.

In Texas, possession of any of the five fake-pot versions is now a class B misdemeanor, punishable on conviction with up to 180 days in jail and a fine of up to $2,000. Sale of the substances is a class A misdemeanor, with fines of up to $4,000 and jail sentences as long as a year.

Things could get even more serious for users and purveyors of the stuff. The Texas Senate has passed a bill identifying 130 synthetic THC compounds, and a similar bill is making its way through the Texas House. Under those proposals, possessing a small amount would still be a misdemeanor, but having a large amount or selling any of  the substances would be a felony.

Congress is also getting into the act. Bills filed in the U.S. House and Senate last month, dubbed the Dangerous Synthetic Drug Control Act of 2011, would ban up to 30 specific compounds, as well as any others with similar characteristics. The bills have been referred to committees.

“When the DEA banned the five chemicals in March, the companies we were buying from just switched to a legal chemical,” said one local  head shop owner, who asked not to be named. “I guess things might change if they add more chemicals to the banned list. It would really hurt our business, because we have been selling a lot of it.”

Another head shop chain owner said sales have been down since the DEA banned the five compounds. “When they started changing the chemicals, the effect [the fake dope] has had on people is more severe,” he said. “People just don’t like it much anymore.”

Fort Worth Police Lt. Paul Henderson said his department is encouraged by the moves toward a statewide ban for many or all of the synthetic THC products. “With this new law, our narcotics section will investigate and enforce all Health and Safety Code violations, including K2,” he said.

He acknowledged, however, that testing for 130 different chemical combinations could become very expensive. Henderson said that Fort Worth would have to contract with a private laboratory for such testing.

The synthetic THC compounds were developed in the 1980s by chemists seeking pain medications for cancer patients. The compounds were never tested, but their formulas were published in academic research papers. At some point in the early 2000s, entrepreneurs figured out that compounds could be sprayed on herbs and sold as a legal way to get high.

In the past few years, sales took off. Prices have fallen from about $50 to about $20 for three grams. Most users report the high is neither as intense nor as long-lasting as the real stuff — but then K2 and Spice don’t show up in drug tests. The U.S. military has since made it a court-martial offense for service personnel to be found in possession of fake pot.

Some local colleges have also banned the products. Texas Christian University did so after the DEA issued its temporary ban.

The rise in the use of fake pot has been accompanied by a dramatic increase in the number of its users who end up seeking medical treatment for bad trips. Melody Gardner, manager of the North Texas Poison Center, said that in 2009, fewer than 20 hospital visits or calls to poison hotlines were logged statewide as a result of fake pot use. Since January of 2010, she said, about 630 such calls and visits have been recorded.

“The most common symptoms we are seeing is a high rate of agitation,” Gardner said. “These are often accompanied by high heart rate, nausea, and vomiting. But we don’t get many calls about real marijuana.”

Henderson, the police spokesman, said health concerns are the reason that Fort Worth has been looking into the possibility of a city ordinance ban. “K2 …  has caused seizures and serious health problems for young adults and teens,” he said, and such a ban would “protect families from this potentially devastating substance.”

Of course, the head shops have always maintained that what they are selling is just incense, and the packages bear warnings that what’s inside is not for “human consumption.” But that’s about as widely believed as the claim that bongs are sold only for tobacco smoking.

A major health concern is that manufacturers won’t reveal what chemicals are in their “herbal” products. “People selling it and using it don’t know what’s in there,” said Marilyn Huestis, chief of chemistry and drug metabolism for National Institute on Drug Abuse. “You could be getting a high dose or a low dose. That’s why we think this is dangerous.”

According to Huestis, the DEA is expected to eventually ban all the fake THC compounds by simply ruling that anything with characteristics similar to THC is also banned. That is, if Congress doesn’t act to do so first.