Two North Texas homeowner groups, including one representing a broad swath of southwest Fort Worth, have struck out — thus far — in their attempts to hold gas companies to the terms of agreements on royalties and bonuses that the drillers made a few years ago.


The suits both stem from a lease-money meltdown that occurred in October 2008 when drillers, after encouraging neighborhood groups to work together to get gas leases signed, then refused to honor the agreements they had made with them about royalty rates and bonuses to be paid. Since then, more than 3,600 Tarrant County property owners have taken the drillers to court, all represented by three Dallas law firms that formed the North Texas Lease Litigation Group. 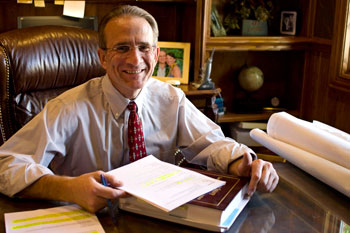 Last fall and this spring, a Tarrant County judge ruled that agreements between the drillers and neighborhood groups didn’t constitute valid contracts, meaning that the neighborhood organizations had no valid breach of contract claims.

The Southwest Fort Worth Alliance, representing 26 Fort Worth neighborhood associations, negotiated a deal in August 2008 with Vantage Energy. But the breach of contract claim by five property owners within the alliance was thrown out in April by District Judge Donald J. Cosby.

Kip Petroff, lead attorney for the SWFA property owners, said both that ruling and a similar one in an Arlington case will be appealed. “We are confident we have the legal arguments on our side, but if we get turned down at the lower court level, we will take up the Texas or U.S. supreme courts if we have to,” he said.

In the meantime, other similar lawsuits are being put on hold.

Cosby’s ruling also led to another lawsuit engendered by the lease-money dispute being dropped, at least temporarily. In that suit, the SWFA alleges, Vantage Energy should be required to fulfill a promise it made in a memorandum of understanding to give the alliance $1 million for neighborhood improvements, in return for the alliance’s efforts to bring area homeowners together on the mineral rights issues.

The SFWA never saw a cent of that money.

“This money was separate from the leases that property owners would sign,” said John Howie, a Dallas lawyer representing SFWA. “What we have here is Vantage telling the neighborhood alliance that their endorsement of their company is worth a sizable amount of money. But then when [Vantage] gets that endorsement, they didn’t honor their agreement.”

Howie said he and his clients will wait for the outcome of the other appeals before deciding whether to re-file.

With things going so well for the drillers in court, observers might have expected the gas companies to be content with the process thus far. Not so, apparently. In October, Vantage countersued five individual SWFA property owners, seeking repayment of attorneys’ fees, court costs, and other expenses that the company had incurred in fighting the SWFA lawsuit. Vantage alleges that the unsubstantiated claims were made to harass the company.

Legal experts have dubbed such counterclaims “strategic lawsuits against public participation” — or SLAPP suits. Deep-pockets corporations and individuals have been accused of filing such suits strictly to create legal expenses for their opponents and to intimidate others from suing.

“I definitely think the counterclaim is an example of a gas company trying to threaten and intimidate homeowners who are simply trying to get what the gas companies promised them,” Petroff said. “If the gas company really thought they had a case, then they would have listed experts and obtained a trial setting against the homeowners. Instead they just filed it and let the lawsuit sit there, sometimes questioning the clients about it in depositions.”

The breach-of-contract suits brought by the neighborhood groups originally included an allegation of antitrust violations. That part of the legal argument was thrown out last year.

The basis of the dispute was a deal negotiated between Southwest Fort Worth Alliance and Vantage Energy to pay property owners in that alliance $27,500 per acre and a 23 percent royalty rate for their mineral leases. Two months later, in October 2008, Vantage pulled the plug on it.

“There is a lot of money at stake — hundreds of million of dollars — and we think we have a good legal argument that there were binding contracts in place,” Petroff said. “If the upper court decides for us, we’ll be back open for business. But for now, all the suits are on hold.” The Dallas attorney would not allow any of his clients to be interviewed for this story.

Time is beginning to grow short for filing other similar cases. Breach-of-contract suits must be brought within four years of the alleged illegal action, which makes October 2012 the deadline for new cases stemming from the big pull-back in October 2008. Because of that timeline and other factors, the North Texas Lease Litigation Group is not accepting any new clients at this time, Petroff said.

The neighborhood coalitions had banded together in the summer of 2008 as gas drilling leases were rising fast. In depositions conducted by Petroff in several cases, one broker referred to the “leasing frenzy” of that summer, while another described the business “frothy hot.”

The property owner consortiums felt they could get more lease money for local residents by banding together. The gas drillers embraced that approach as well, because it reduced their workload in getting large numbers of small-parcel owners signed up.

But there are several legal problems on both sides. The neighborhood alliances did not have the power to legally represent property owners; they acted as go-betweens and made recommendations. Property owners were also advised that they could sign with any driller they chose, not just the recommended one. And the drillers have always argued that a gas lease is not a legally binding contract until the company and the individual property owner have both signed and the check is cashed.

In dozens of cases, property owners and the drilling company had both signed the contracts — but property owners were then sent checks in the wrong amounts. The owners returned the checks to the drilling companies to have them re-issued for the right amount. In the meantime, however, the drillers had thought better of the offers they’d made. The companies claimed the contracts were no longer valid and never issued new checks.

For Petroff, a lot of these issues are plowing new legal ground, but he is confident his clients will win on appeal. “Just because we have had some rulings go against us, we aren’t going to quit on this,” he said. “We are still confident we have a good case.”