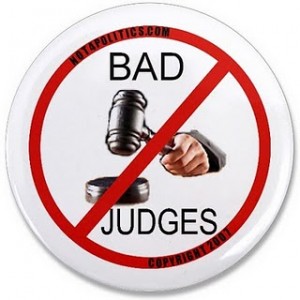 The DA hired McDonald as public information officer, a newly created job that will pay between $55,000 to $60,000 annually. The application’s minimum requirements seemed custom-written for McDonald. The job required a bachelor’s degree in journalism, four years of reporting experience relating to criminal trials and the criminal justice system in a major metropolitan area, and an additional six years’ reporting experience with a daily newspaper or broadcast media. McDonald has worked at the Star-Telegram for a little over 10 years, about four of those covering courts.

Somebody Spay the Drillers

Static is fighting a guerrilla war with its fence-jumping dog. Put in a taller section of fence, and pooch finds a new place to wriggle over somewhere else. Electric fence? Works fine until Fido figures out that a moment’s pain is an acceptable cost for sweet hours of freedom. Got the dog all boxed in except for the gate that she’s never, ever jumped? Ha.

Seems like how the gas drilling industry works. Find a way to address one concern, and three more pop up. Does your friendly driller want to sink that well closer to homes than the law allows? No problem! Just ask the city council for a waiver of setback requirements, and you almost always get one. Does a deal that a driller made with a neighborhood no longer look sufficiently profitable? Easy! Driller just tears up the contract, and his lawyer finds a way to make it work.

In our last issue, Weekly scribe Peter Gorman wrote about another truck-sized loophole that the drillers have been using to avoid paying property owners for their minerals — Rule 37 allows a driller to take minerals from under property that is unleased as long as the Texas Railroad Commission lies down like a throw rug again and approves it. If a property owner has the temerity to show up to contest the action, just cancel the hearing! And reset it later after providing notice only in the tiniest-circulation newspaper the company can find.

The story has been drawing plenty of response, much of it outraged. Which leads Static once again to swill down some of that dangerous stuff called hope. Maybe this loophole will draw so much fury that even Texas’ spineless regulators will have to react. There are other signs of progress, here and there, like the EPA’s recent rulings, and the growing demand to reveal what’s in the “frac” water that shale drilling leaves behind — or Grand Prairie’s recent decision denying drillers further access to city water for well fracking. We just don’t know how much of North Texas will be left if and when the tide finally turns. Right now, the drilling dogs are loose on the land — mean, aggressive, and reproducing quickly.