I was two years old when, one morning before the rest of the family was awake, I stacked a couple of stools on top of one another so I could reach the Dippity-Do my sister kept on the top shelf of the dressing room — the extra-hold kind.

A few wobbles later, the Do and I fell in a green glop onto the carpet in our new house. I grabbed a stack of pillowcases and tried to clean it up. You can guess how well that worked. So, assessing my prospects, I slid as far under my bed as I could get. I figured I was buying myself at least 25 minutes of peace before the yelling started. 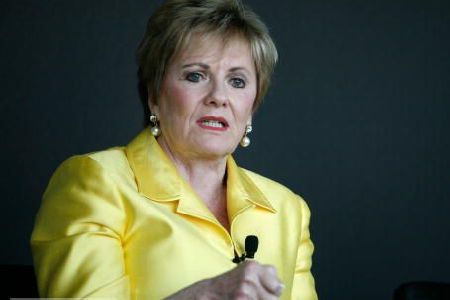 All of which makes me think that the people who’ve been comparing Congress to a bunch of 2-year-olds lately are dead-on. We all watched during the recent budget negotiations while they behaved like pouty babies fighting over the last Nutter Butter at the day care center.

But it’s more than that. Normally in August, lawmakers go back to their districts to make nice with constituents. This year, though, an estimated 40 to 60 percent of members — from both parties and both houses — are planning none of the town hall meetings usual for the season.

When they skip recess, you know they must have dropped the Dippity-Do in a bad, bad place.

Here in U.S. Rep. Kay Granger’s district, for instance, we expected her to come home, press the flesh, be seen, answer questions, just be available.

True, the question many people wanted to ask was why she and her peers let themselves get backed into a corner during the debt crisis by about a dozen extremist members of Congress who don’t truly represent the beliefs of either party. We also wanted to ask what her ideas are about addressing the real crisis in this country — jobs and the lack thereof.

But Granger is nowhere to be found. I and others have tried to find out when she will make an appearance. We called her office. We checked everywhere we could think of for events she might attend. No luck.

It reminds me of the “Where’s Waldo?” game. She isn’t in her office. Staffers said she had no town halls scheduled, though they did say she would be doing some “by phone.” Her workers let folks concerned over the budget/debt fiasco sign a sheet in her office.

Then there are those public servants who have the audacity to charge voters for the privilege of  attending a town hall. U.S. Rep. Paul Ryan’s only public recess meeting will be with the Rotarians, where the fee (“for food”) is  $15 to ask questions of the House Budget Committee chairman. Rep. Ben Quayle’s idea of meeting with constituents was a $35-a-head luncheon with the Arizona Republican Lawyers Association.

Texas’ own Jeb Hensarling, who will co-chair the budget “Supercommittee,” spoke about the murky future of programs like Social Security and Medicare (without making any definitive statements about them) at a recent lunch at a posh Dallas country club. To quiz him about that would have cost $35 a head, $30 if you were a member. The protesters outside in the broiling heat — climate change? what climate change? — apparently misplaced their membership cards.

Rep. Joe Barton did hold some town hall meetings. At a recent Arlington event, the crowd was mainly American Dream Movement (MoveOn) folks and some Tea Partiers, plus a few others wondering about jobs as the critical component of a revamped economy.

Barton responded that it was OK to send jobs overseas. He said that was part of a free-market economy. But at least people didn’t have to pay to hear him say it.

Granger’s folks said they didn’t know when that telephonic town hall would be scheduled. Then last week I received a notice of an “Alzheimer’s Association Town Hall Meeting,” set for Aug.31 at the University of North Texas Health Science Center. It listed Granger among the distinguished guests. Those who attend will have the “opportunity to … give your input” regarding the disease.

But what about all the other topics? What about the senior citizens who don’t suffer from Alzheimer’s but who, without Social Security and Medicare, would suffer a severe lack of medical care, maybe even food?
We’re still looking for a real Granger town hall meeting.

Jennifer Briggs, a longtime local writer, is active with Fort Worth MoveOn Council.