Sometimes the idea of a movie is more powerful than the movie itself. That’s certainly the case with Circumstance, which won the Audience Award at this year’s Sundance Film Festival. At its infrequent best, this lesbian romance set in Iran is the tale of sexual and political liberation that it so desperately wants to be. The trouble is that it’s not at its best nearly enough. This is not a good movie, but then again, its mere existence is a necessary thing. 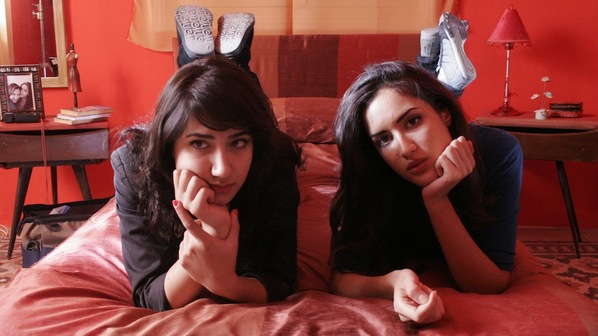 The story is about two teenage schoolgirls: Atafeh (Nikohl Boosheri), the rebellious daughter of wealthy parents, and Shireen (Sarah Kazemy), the less adventurous daughter of executed anti-government intellectuals. They are deeply in love, and Atafeh’s parents don’t suspect that their daughter is crawling into bed with Shireen when the latter sleeps over at their house. The girls’ romantic idyll is shattered after Atafeh’s brother Mehran (Reza Sixo Safai) returns home. He’s a former drug addict who now shows worrying signs of drifting toward Islamic fundamentalism. Worse, he lusts after Shireen and will do anything to get her, even if it means cozying up to the local morality police.

Writer-director Maryam Keshavarz is an American of Iranian descent, and like other filmmakers from the Iranian diaspora, she combines the neo-realist techniques of Iranian cinema with a defiantly American sensibility. The richness and diversity of Iranian culture — which may surprise some Western viewers — is evoked by the movie’s soundtrack, which is filled with music of all strains, Iranian and Western, classical and popular. (If you’ve never heard Iranian hip-hop, this movie will give you an introduction.) Keshavarz has fun with the characters’ cracked-mirror view of Western culture, especially a funny DVD-store conversation about American movies. One participant in that scene, a gay Iranian-American friend (Sina Amedson) later gets everybody else in trouble when he tries to make a bootleg copy of Gus Van Sant’s Milk, with his friends dubbing the dialogue into Farsi.

Sadly, Keshavarz too often gets sidetracked with fantasy sequences about the two girls imagining themselves in some place where they’re free to love each other. As soft-core erotica, these scenes are tamer than an average episode of The L Word, and they get in the way of the far more interesting business of what it’s like to be gay and Muslim in a dictatorship where a woman can get in trouble just for listening to rock music. The creepily voyeuristic Mehran, who’s using surveillance cameras to spy on his own family, makes a one-dimensional villain too.

Much sharper stuff comes when the movie focuses on Iran. The morality police are revealed to be not only repressive but crooked, soliciting bribes to forget what they’ve seen. In homage to Iranian filmmakers, Keshavarz uses non-professional actors, and she makes a real find in the and the Vancouver native Boosheri. As Mehran’s pursuit of Shireen snarls Atafeh’s family situation to an untenable degree, the disdain and grief on Boosheri’s face speak volumes about how profoundly screwed up life is under the thugs in charge of this proud nation. The film ends with Atafeh planning an escape from this suffocating place, and you can only wish for Allah’s blessing upon her.