“What people don’t understand is that gas drilling in Fort Worth is not us versus them. We’re all in this together,” said an exasperated Esther McElfish. “Nobody is saying people shouldn’t drill, but they should do it as safely as possible, and the city council isn’t asking the drillers to do that.”

McElfish, president of the North Central Texas Communities Alliance, was talking about the Fort Worth City Council’s refusal to take a hard look at what she and many others consider an outdated gas drilling ordinance. “Citizens want the whole ordinance changed, but the council has left the citizens out of the loop in favor of the gas companies,” she said. 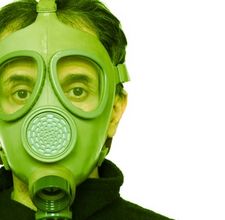 What McElfish wants to see, at least as a start, are the kinds of things recommended by the city’s own well-paid air quality experts: vapor-recovery units on compressors and tanks to eliminate escaping methane and cancer-causing chemicals, electric rather than diesel motors on gas company equipment, and water-usage rules that are applied equally to gas companies and citizens.

But after more than a year of studying the effects of gas drilling on the air quality in Fort Worth and promises by new Mayor Betsy Price and others that the ordinance would be changed to protect the breathing public from the industry’s toxic emissions, the city council voted on Oct. 25, to do nothing — to just leave the gas drilling ordinance as is.

The council also voted to extend the moratorium on wastewater injection wells for six months of further study — but three days later, turned around and put an item on this week’s agenda to quickly schedule a public hearing on whether to repeal the moratorium.

It was, said NCTCA co-founder Louis McBee, “a public massacre. Just another case of the city council doing the bidding of the gas companies.”

The vote to leave the drilling ordinance untouched surprised both drillers — who would have benefitted from the limited changes the city staff had proposed — and safe-drilling activists, who wanted the vote postponed so that the public could have more input into needed changes.

According to the official release regarding the Oct. 25 vote, the council “decided not to move forward with proposed revisions to the gas drilling ordinance … but asked for more public input and a review of future proposals.”

However, the council created neither a mechanism nor a timetable for gathering public input. The drilling ordinance appears to be simply off the table for now.

“The citizens have given the council specific input over the last year to two years, and they have continued to ignore it,” McElfish said. “Time for talk is over. We need them to implement the changes the citizens know are needed to protect our neighborhoods.”

Prior to the Oct. 25 vote, only one hearing had been held on the minor changes proposed by staff — and that had been packed with industry representatives who threatened to quit drilling in Fort Worth if stronger regulations were implemented.

The vote “was a total capitulation by the council to the pressure from the industry,” McElfish said.

In mid-July, the city’s much-delayed $1.2 million air quality study was finally released. Although that study by Eastern Research Group was woefully incomplete (“Blowing Smoke,” Sept. 14, 2011), it did make several suggestions that could reduce the amount of toxic and cancer-causing agents being released into the city’s air by gas drilling and production activities. Among them was requiring vapor-recovery units on storage tanks to reduce benzene emissions, additional equipment on compressor station engines to reduce the amount of cancer-causing formaldehyde and acrolein in the city’s air, electric compressor engines to eliminate diesel exhaust, and low-bleed or no-bleed pneumatic valve controls to reduce cancer-causing VOC emissions.

Those changes “are where you start,” said Gary Hogan, a longtime activist who served on both of the city’s drilling ordinance committees.

The city staff, however, deep-sixed almost all those recommendations in their own counter-proposals to the council, suggesting none of the toxin-reducing measures ERG had proposed. Instead, staffers proposed shortening the required distance from the edge of a well pad to a “protected use site”— including homes, hospitals, and schools — from 600 to 525 feet for multiple-well sites.

“An outlandish suggestion,” said Hogan, who pointed out that cities like Southlake and Flower Mound have instituted 1,000-foot setbacks.

Only very mild upgrades in regulations were proposed by the staff: a requirement that companies reveal the intent to drill multiple wells when applying for permits and a recommendation that gas companies begin using “best practices” in their operations. Who would decide what “best practices” means wasn’t specified.

“Which meant that it would be up to the gas companies to decide whether [best practices] would be cost-effective or necessary,” said Hogan, “which means the gas companies would continue to run Fort Worth and not the other way around.”

Activists like Hogan and McElfish also wanted other changes, including regulations on the use of water by gas companies during the most serious drought the region has experienced in decades.

“Citizens are prohibited from watering their lawns more than once a week while Chesapeake [Energy] can suck millions of gallons of water from the Trinity to frack its wells,” said McElfish. “And that water is not going to be recycled, as lawn water is. Once that water is gone, it’s gone forever.”

After it’s used under pressure to fracture shale formations to release the gas within them, most “frack” water, now heavily laden with toxic chemicals and often with radiation, is later reinjected into wastewater disposal wells dug much deeper than the gas wells themselves. It is those injection wells that some scientists believe may be responsible for earthquakes that have occurred in North Texas and other shale-drilling regions. Only one well has been permitted in Fort Worth, due to the three-year moratorium.

When the council posted its agenda for this week, it included the proposal to set a Dec. 6 public hearing on repealing the moratorium.

“This is a slap in the face of citizens to have a vote on a public hearing on this one week after voting on a moratorium on these wells,” McElfish said. In the years since the moratorium went into effect, she said, neither the council nor citizens have seen a report on the potential danger such wells might pose to ground water.

“What good will scheduling a public hearing do if no one has any information to go on?” she asked. “How can you make a sound decision when you don’t have the facts?”

It was council member Sal Espino who asked for the vote this week on the hearing to repeal the moratorium. Espino said he wants to allow another test well in the Alliance corridor.

Jim Schermbeck, founder of Downwinders At Risk, a North Texas group devoted to improving air quality, put the issue into perspective. He grew up in Fort Worth and now splits his time between here and West Texas, where his family lives.

“I always thought I’d bring my family back to live in Fort Worth one day, but that’s no longer my goal,” Schermbeck said. “I’d never subject my family to what’s happening there. The gas industry has contaminated not only the air and water but the cultural institutions and the entire fabric of the city. The Perots want to put an injection well in the Alliance area, and all they do is make a phone call, and suddenly that’s the end of the six-month moratorium? That’s not the Fort Worth I grew up in.”

Libby Willis, president of the Fort Worth League of Neighborhoods, is also concerned about the disposal well issue. “We are unaware of any other city of our size and density that allows for such wells inside city limits,” she said. The league has called for the city to study alternatives for disposing of drilling waste, such as mobile evaporative units already in use by some companies.

“A lot of people are upset about the truck traffic created by these wells, for instance, and we don’t want to wait until right before it’s time to extend or repeal the moratorium to hear from people, so that’s why the council wants to begin holding public meetings soon,” he said.