Mug shot magazines such as Mugly! and Busted! and their online equivalents have become popular in recent years. Some people just can’t resist visiting web sites or paying a buck at a local gas station for a thin tabloid full of pictures — some comical, others weird or just plain creepy — of people who’ve been arrested. Sometimes the photos depict people who were not convicted. Innocent people get caught up in the mix.

The magazine owners defend their product, saying they serve as a deterrent for future criminals, encourage Crime Stoppers tips, promote arrests, and put a face on area crime statistics. Mug shots are public record, they say, pointing to their First Amendment rights to publish the information. Besides, a caveat is included in the fine print: All suspects are innocent until proven guilty. 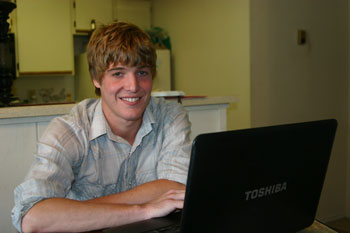 But Fort Worth resident Tim Donnelly thinks he knows the real motivation for mug shot publishers — money. Companies are using public information requests to get booking photos and arrest records, then posting mug shots online, making sure they appear at the top of search engine lists — and then using a related company to charge individuals hundreds of dollars to have their pictures removed.

“Not only do they post the mug shots, they go to the extra trouble to make sure they come up first and foremost” on Google searches, he said.

Donnelly, 26, wasn’t aware of such publications and web sites until a couple of weeks ago. He’s been looking for a full-time job with benefits since he earned a bachelor’s degree from the University of North Texas in 2009. Waiter and bartender jobs have paid the bills in the meantime.

Two weeks ago he was trolling online for job leads when he Googled his own name, just to see what potential employers would find if they searched him online. The first link to pop up led to a photo of his young face — as depicted in a mug shot from years ago. Accompanying the photo were his alleged offenses: criminal trespass and assault.

The mug shot was taken seven years ago when he was 19, depicting a kid with a sheepish look on his face beneath a tousled head of hair. But the criminal trespassing charge was dismissed, and the assault charge was downgraded to disorderly conduct.

“I did in fact get in a fight because I was unable to resolve my issues diplomatically with some other guys, and I have since learned better,” he said.

Seeing that old mug shot again was a shocker.

That became clear when the mug shot site led him to a payment screen. For a fee he could get the mug shot removed. Rather than pay the money, Donnelly searched the site and found the name of Citizens Information Associates LLC listed at the bottom of the pages.

He couldn’t find a telephone number on the site, but researching Citizen Information led him to Star Nine Ventures, a seemingly affiliated Austin-based search engine optimization company. The companies shared an Austin address until recently.

Star Nine, for a fee, can make web sites appear among the top links during internet searches. Donnelly e-mailed Star Nine, telling the company that he objected to his mug shot being posted and noting that one of the charges for which he’d been arrested had been dropped and the other downgraded.

But Donnelly didn’t hear back from Star Nine. Instead, Citizens Information CEO Kyle Prall called Donnelly and left an apologetic phone message explaining how arrest information provided by law enforcement agencies could sometimes contain inaccuracies, but that mug shot publications print disclaimers saying that everybody is innocent until proven guilty. In Donnelly’s case, the mug shot would be removed free of charge.

Meanwhile, Donnelly had gone to RipoffReport.com, an online site that publicizes scams and rip-offs. He described his experiences, characterizing Star Nine as unethical and inaccurate.

A few days later, Prall left another phone message. He’d seen Donnelly’s accusations on Ripoff Report and said he wanted to solve the dispute “without going a more serious route.” Donnelly returned the call, and Prall seemed angry about the Ripoff Report. Removing it would require the mug shot company to enroll in a mediation service, which could cost up to $2,000.

“The irony is [Prall] tried to charge me to take my information off, and now he’s mad about having to pay to get his info off,” Donnelly said.

I tried to contact Prall by calling Star Nine Ventures. Vanessa Agosto, who answers the phone there, said Prall wasn’t available but agreed to pass along the message. She also suggested I try calling Prall at his business. Doesn’t he work at Star Nine, I asked.

Star Nine bills itself as a venture creation company with Ryan Russell as its CEO. Until this year it listed the same Nueces Street office address in Austin as Citizens Information. The Travis Appraisal District still lists Russell as the building’s owner.

The press release also listed Prall as co-founder and CEO of Mugly Media and quoted him saying that Star Nine, through Citizens Information, will “bring the Mugly Media version of a fully integrated online and print version of the Busted! mug shot concept to the national stage.”

Agosto at Star Nine said she was unaware of the press release and that Amanda Hunt is no longer with the company. She said she didn’t know why Hunt had left.

Neither Prall nor Russell returned phone calls for comment on this article.

Donnelly believes the various companies are at least loosely affiliated and working together to get mug shots, publish them, make sure they are among the top links to pop up during searches, and then charge people to take them down.

He is calling on news media, public relations associations, and consumer activists to push for legislation to outlaw mug shot companies. In some states, law enforcement agencies legally can refuse to provide booking photos and arrest records if the pictures are going to be used for commercial purposes or to harm or defraud someone.

Some Texas law enforcement agencies post mug shots on their web sites for anyone to see. Some cities, such as Fort Worth, typically release mug shots as public information. Other cities resist. The state attorney general, responding to Irving police in June 2010, ruled that the city was required to release such photos. Irving police then created a computer program that automatically posts mug shots online each day.

Loopholes that allow agencies to refuse the release of public information can become problematic, said Keith Elkins, executive director of the Freedom of Information Foundation of Texas.

“Historically, we have been in favor of releasing that information, especially for members of the media and for public awareness,” he said. “It’s interesting that some people may be wanting to use [mug shots and arrest records] for commercial purposes, but if the purpose is in the public’s interest, we’re in favor of more information being released than less.”