Perhaps as a testament to Darstar’s exceptionalness, Dallas-based Idol Records (Calhoun, Little Black Dress, The O’s) signed frontwoman Lisa Hardaway and her four bandmates before they ever recorded anything properly. Their recently released debut, the 10-track Tiny Darkness, is heavy and melodic, though it might take a few spins for it to really sink in. 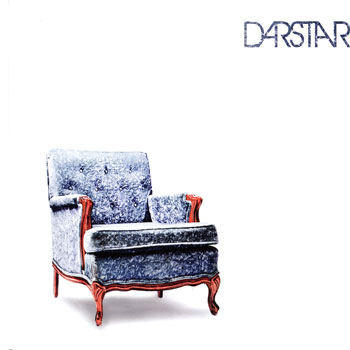 Purely for categorization purposes, Darstar practices a species of rock ’n’ roll commonly referred to as “crotch rock”: often lyrically dark and relationship-driven hard rock in which moments of sheer loudness are juxtaposed with relative quietude, conveyed in live settings usually with the lead guitarist’s foot on a monitor, mountain-conqueror-style, and an expression on his face somewhere between ecstasy and pain. If performed properly (The Toadies, Goodwin, The Nuge), crotch rock is an invigorating, life-affirming experience. If performed poorly (Creed, Nickelback), the genre can seem bloated, toothless, and superficial. There’s also the less horrifying danger for a crotch-rock band: that all their songs will sound similar, and not in a good, signature-style way. Since the genre is aimed at listeners’ primal pleasure sensors (hence the name), broad sonic strokes seem to work best.

Darstar, however, is interested in subtlety. Tiny Darkness offers blistering, often gloomy college-radio-ready rock, driven by Ben Piche’s supersonic, buzzing, Smashing Pumpkins-esque guitar tone and Hardaway’s highly stylized, alluringly feminine vocals. One of the album’s highlights is the lead-off track. The somewhat self-aggrandizingly titled “Defenders of Quality Rock ’n’ Roll” is a mid-tempo rocker anchored by a hyper-melodic but seemingly nonsensical refrain –– the song’s only lyrics, repeated throughout –– and punched up in parts by an uptempo blur of staccato riffage and quickly percolatin’ drums. The song is wholly original-sounding and in its novelty as a simple masterstroke of melody comes to serve as a sort of album overture or band theme song.

A lot of the songs are in that same hard-drivin’ tempo, which could be part of the reason why the album doesn’t exactly explode from the speakers. But Darstar keeps things interesting enough on the surface to ward off sameness –– you might just have to listen more closely for the subtleties to reveal themselves. One song that diverts from the rhythmic formula and manages to soar is “Underestimated a Doorjamb,” a partially doom-rocking number that pivots on a crunchy, molten riff and ominous stomp. It’s set off against a rapid-fire instrumental refrain ––Darstar does like switching tempos for brief stretches –– but is still head-bangable and catchy. “The Mayor,” a gorgeously brutal slow-boiler, is another non-fussy, non-glamorous gem, whose lyrical refrain is simple –– just one word repeated several times; sounds like “more” –– but it works.

Not every attempt at simplicity does, though. “Millennium Maiden” starts off all drama: just an ominously resonating guitar chord riding a throbbing kick-drum beat and eighth-note cymbal taps. Trés Iron Maiden. “My, my, m’my, my my millennium maiden,” Hardaway coos a couple of times before the song erupts into a proto-punk bash-fest in which she sings something about, “Fuck you, stupid bitches.” The song goes back and forth between the intro and the “Fuck you, stupid bitches” part. Meh. The instrumental “Val Kilmer’s Tennis Elbow” is as anti-exciting as its title; just two simple riffs on a cheesy keyboard over loud straightforward banging with no changes. At all.

Recorded in Dallas and co-produced by John Dufilho (Apples in Stereo, Deathray Davies) and Casey Diiorio (Bowling For Soup, Midlake, The Crash That Took Me), Tiny Darkness isn’t an attempt to sell anything other than music –– almost every note exudes sincerity. For a mostly Fort Worth band –– two of the other members live in Dallas –– sincerity backed by superb technical skill can go a long way. Just ask Calhoun.

There’s a lot to like about this newish Arlington power trio Flatworld, not least of which is the band’s lyrics, progressive but far from didactic. Guitarist/vocalist John Davies, drummer Andrew Alldrege, and bassist Kendall Keene just want to rawk, and they’ve managed to put together a longish debut album, Ether Sunday, that allows them to crank up and bang away and that’s winning despite the not-so-winning production quality. Rowdy Green Day-ish pop-punk elements materialize here and there, but for the most part, Ether Sunday is a simple, driving, melodic effort. Best track? Maybe the sinister-sounding Toadies-on-’ludes grind “Her Eyes.” Is Flatworld the next coming of Goodwin? Not quite. But there’s definitely potential. And a lot of love.