For some reason, Fort Worth councilman W.B. “Zim” Zimmerman has thrown down another roadblock in front of Jerry Shults, owner of the historic Ridglea Theater complex. Even since Shults, owner of the Gas Pipe chain of smoke shops, saved the Westside buildings from becoming a bank, Zimmerman has been creating hoops for Shults to jump through. The latest involves parking. After learning that the TCU-area Moon was going to transfer operations to the Ridglea complex (“The Moon Ridglea,” Sep 7, 2011), creating even more business, Zimmerman recently tabled until January a proposed zoning change that would affect parking –– some zoning designations require a minimum number of parking spaces in relation to a building’s square footage. 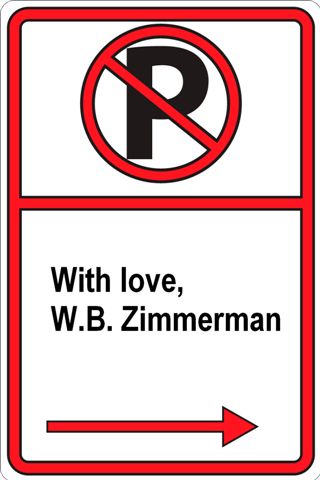 However, since the Ridglea has been deemed historic, Shults said, it doesn’t have to adhere to any sort of laws related to parking. Zimmerman and city council “don’t seem to realize that,” Shults said, “even though they’ve been told several times, the whole building, not just the theater, is [on the] national registry” and consequently is not required to provide a minimum number of parking spaces. An interesting facet of the story involves the 150 or so parking spaces behind the complex, owned by real estate developer Michael Mallick, who offices in the complex’s rear. Mallick will either lease the spaces to Shults or charge customers/concertgoers $5 per car, according to Shults, even though Mallick recently told the Star-Telegram that he will neither sell nor lease space to Shults –– past Ridglea concertgoers regularly trashed the spaces, to Mallick’s chagrin. “I will eventually sign a lease with [Mallick] for that parking,” Shults said, “but if Zim’s trying to force me into signing a lease, I’m not going to get the deal I want. That way, [Mallick] can ask anything he wants.” Shults believes there’s plenty of parking now, adjacent to the theater, in the neighborhoods off nearby Bryant Irvin Road, at two nearby churches, and across the street at a shopping center, whose tenants typically close at 6pm. Shults also intends to provide complimentary valet parking for about a third of the theater’s 1,500 seats. Until further notice, The Moon will be operating from its old location, 2911 W Berry St (“Moon Reopening Berry Addy Temporarily,” Blotch, Wed, Nov 23, 2011). Shults believe some sort of subterfuge is afoot. What else explains the resistance to a development that would not only create jobs but more importantly generate thousands of dollars in sales nightly? To say nothing of the Ridglea’s/Moon’s contributions to the arts. Shults still intends to open by the spring.

Several of Fort Worth’s most progressive indie bands will perform on Friday at two TCU-area venues, The Cellar (2916 W Berry St, 817-817-923-6116) and Stay Wired Coffee House (2918 W Berry St, 817-920-0909) as part of a fund-raiser to buy and repair bicycles for refugee families in Fort Worth. Skeleton Coast, Collective Dreams, Jake Paleschic & Patriot, and The Cleanup will play Stay Wired, and Quaker City Night Hawks, Secret Ghost Champion, and Bird and Gator will play The Cellar. Requested donation is $10 for a wristband that will permit access to both venues throughout the evening.