December is Nutcracker time, and Texas Ballet Theater brings its big, plush production to Bass Performance Hall on Friday for a two-week run. Ballet Frontier presented a less ambitious but satisfying account of the popular holiday work just after Thanksgiving in Will Rogers Auditorium. On the downside, Metropolitan Classical Ballet’s demise means that the company’s engaging Bolshoi-flavored Nutcracker won’t be seen. 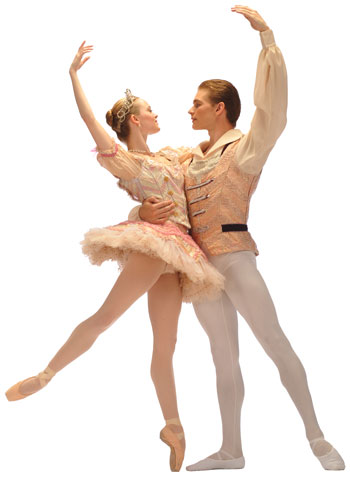 Fresh from a two-week run in Dallas, TBT will give the last performances of its current version of the Tchaikovsky classic here in Fort Worth. Next season, a new production, promising even more sumptuous sets and costumes, will make its debut. Company director Ben Stevenson has new ideas to bring to the show, and the project sounds like it will be a shot in the arm for the company.

Fans might miss the look and feel of the present incarnation: the brilliant staging of the first-act party scene, teeming with guests in a kaleidoscope of mini-dramas, and the beauty of the snow scene and its snow-shower finale that extends out over the audience. The brilliant character dances in the second act will also be hard to beat. Let’s hope the new production lives up to this experience.

But the strength of any company is the quality of the dancers, and over the last 10 years, Stevenson and his staff have cultivated a corps of young talent that is first rate. Certainly, Carolyn Judson and Lucas Priolo were prime examples in Dallas, dancing the Sugar Plum Fairy and her Cavalier on opening night. Judson has come into her own this season, offering an impressive Giselle earlier on and now a memorable Sugar Plum. In the final pas de deux, she was totally secure, her slow- motion turns on pointe took your breath away, not a bobble or glitch marring the sequences. Russian snap and crackle gave way to Royal Ballet finesse and elegance plus wonderful sensitivity to the musical line. Judson had great support from Priolo, whose strength and polish now are in a class of their own. His solos command the stage with heroic sweep, and his partnering makes everything look easy.

The radiant Leticia Oliveira danced the Snow Queen with her unique blend of strength and lyricism in Dallas. She will be the Sugar Plum Fairy on opening night in Fort Worth, dancing with Eddy Tovar, her handsome partner in last season’s Don Quixote. Judson will dance the Snow Queen. The program will be danced to taped music.

TBT ends its holiday performances with a new edition of Nutty Nutcracker, Stevenson’s crazy/funny lampoon of the ballet and current events in one performance only, Friday, Dec. 23, in Bass Hall.

Ballet Frontier, the performing wing of Fort Worth Ballet Center, is a smaller operation but puts together ambitious programs throughout the year at W.E. Scott Theatre in Fort Worth Community Arts Center. For Ballet Frontier’s Nutcracker, company director Chung-lin Tseng and wife Enrica Tseng, both former TBT dancers, had assembled good-looking scenery, handsome costumes, and well-rehearsed dancers; the 12 corps members for the Waltz of the Flowers (an innocuous name for a stirring bit of music) were admirably in sync. Guest dancers Marina Goshko and Andrey Prikhodko from the erstwhile MCB danced the Sugar Plum Fairy and Cavalier duet, and the enthusiastic youngsters in the audience cheered the powerhouse performance.

MCB may be officially dead, but its name will appear one more time, in San Antonio next weekend, when company co-director Paul Mejia puts on a Nutcracker for Arts San Antonio under the MCB banner. In a recent phone conversation, Mejia explained that the Nutcracker performances had been on the books there for months and tickets had already been sold. “I wanted to honor the commitment,” he said. He acquired permission to use the company name and actually rented sets and some of the costumes from the board of directors, the controllers of the company’s assets. “Friends and colleagues have been wonderful in helping me get this together,” he said.

Soloists will include not only Goshko and Prikhodko but the brilliant Olga Pavlova and her husband, Yevgeni Anfinogenov, former principals with the company who haven’t been seen in Fort Worth for some time. “Chung-lin and Enrica have been generous in letting me use their studio for rehearsals,” Mejia said, “and I’m going to recommend Ballet Frontier to Arts San Antonio for next year’s Nutcracker run.”

In the meantime, Alexander Vetrov, MCB’s other artistic director, has returned to the Bolshoi Ballet in Moscow, where he was a principal dancer for years and a decorated People’s Artist. He is now a master coach and has been assigned as translator and coach to David Hallberg, the American dancer who was invited to join the Bolshoi as a principal dancer last month, the first non-Russian to have that honor since the Russian Revolution. His recent debut as Albrecht in Giselle made international headlines, and Russian President Dmitry Medvedev came on stage after a subsequent performance, of Sleeping Beauty, to personally congratulate him. (Although Hallberg completed that performance, he severely sprained his ankle and has been sidelined ever since.)

If there is any future for MCB, only Frank Hill, the head of the board and chief benefactor of the company knows, and he hasn’t returned phone calls. –– Leonard Eureka