That busy intersection near the Cultural District looked like a Chinese fire drill this morning from about 10 to 10:30.

The traffic lights went out at the intersection of Camp Bowie, University, Seventh, and Bailey streets, leaving a bunch of motorists relying on the kindness of strangers.

With that many cars at that many dead lights that are spread out that far apart, driving through the intersection became far more complicated than, say, being at a four-way stop sign. Drivers couldn’t make eye contact. It was difficult to create any sense of order. Who’s turn to go? Who’s turn to wait? Who’s going where?

Trying to get through the intersection was like trying to navigate a Jackson Pollack painting (how’s that for a Cultural District-related analogy?). 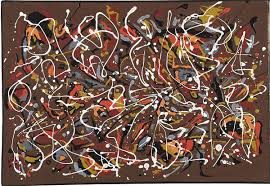 Patience, courtesy, and a sense of fairness were the only things keeping people from driving their cars into each other.

“There was an electrical substation near Forest Park and University that had a malfunction,” city spokesman Bill Begley said.

Begley hadn’t heard of any reports of fender-benders during that time.