Zoning laws are a major tool used by cities to keep neighborhoods together and give residents some control over what they have to live next to. But it’s never been a perfect implement: Normal zoning laws don’t keep McMansions from being built in quiet older areas or force developers to build attractive structures.

What’s more, as cities have attacked the problem of urban sprawl, it’s clear that traditional zoning has created less livable cities, because shops and restaurants are often nowhere near within walking distance of homes. 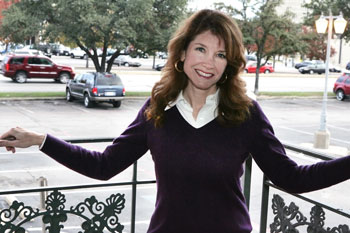 In the last few years, however, a different kind of zoning has been gaining support in cities across the country. In Fort Worth, the new system, called form-based zoning, already used successfully on the Near South Side, is now being applied to one of the city’s longtime retail areas: Camp Bowie Boulevard, between I-30 and Loop 820.

Form-based zoning won’t replace traditional zoning laws that, for instance, keep industrial zones (except gas wells, that is) well away from residential areas. And they are not intended to be applied in every part of town or the same way in any two neighborhoods.

Instead of focusing on the intended use of a particular parcel, form-based zoning allows developers to choose among several kinds of uses for structures — retail, office, or residential, usually — as long as they meet specific design standards. The idea is that, whether a new building will hold a company’s headquarters, a restaurant, or condos, it will fit in with the surrounding neighborhood.

Form-based zoning is usually applied in inner-city neighborhoods where development threatens an area’s character. But in October, the Fort Worth City Council approved the Camp Bowie form-based plan, expanding the zoning into the realm of established suburban neighborhoods.

“What we have had through all these years is a piecemeal approach to zoning, and Camp Bowie did not really connect to the neighborhoods nearby,” said Brandy O’Quinn, a former president of the Camp Bowie District Inc., an organization aimed at revitalizing the boulevard. She is currently a principal in Urban Strategies of Texas, a consulting company that helped to oversee the code proposal.

“We wanted to take a look at the overall vision of this area and not just take the approach of deciding on a building-by-building basis,” O’Quinn said.

The form-based rules for that section of the boulevard emphasize several things: New structures will be closer to the street (no more than 25-feet back from the pavement), meaning that a lot of parking spaces will have to be moved from the front of buildings to the sides or to the inside of plaza areas. The design standards also encourage pedestrian-friendly environments, with wider sidewalks, better street lighting, and trees.

Buffer zones will be eliminated between the commercial developments and the residential streets behind them. Currently, many developments are separated from the neighborhoods by walls and dumpsters. The form-based code will give nearby residents better access to those businesses through plazas and rear entry points.

Lastly, the Camp Bowie District wants the state to redesign Camp Bowie to slow down traffic. This may include on-street parking that will cut off a lane or two of traffic on the busy boulevard.

In January 2008, a form-based code was put in place in the Near South Side. Mike Brennan, a planner for Fort Worth South Inc., said the city zoning board used to receive about a dozen zoning change requests annually from the area. Those numbers have dropped to about one a year.

“We’ve just found that a lot of different groups — from real estate developers to investment banks to people who live nearby — like how the form-based codes work,” he said. “The main reason is that they know what the property next door and the properties blocks away will look like. [The codes] help to preserve a neighborhood.”

Brennan pointed to the recently opened Comerica Bank branch at Eighth and Magnolia avenues as an example of how the code works.

“Most national banks decide on how they want their branches to look, and they construct them all the same whether they are in an urban or suburban area,” he said. “So they have lots of parking out front, don’t connect with the street very well, and don’t fit in.”

Comerica, under the new design standards, couldn’t do that. Instead, the bank built a two-story brown brick structure that extends to the sidewalk and has parking on the side and behind the building and lots of windows.

One of the problems with form-based codes is that the details vary from neighborhood to neighborhood. Most include different “character zones,” which prohibit certain uses in one part of the district and allow them in others. The provision passed by city council for the Camp Bowie plan includes 80 pages of details.

The Camp Bowie plan has eight such zones, and there are some use restrictions. No bars will be permitted on the north side of the street because of parking issues. The westernmost section of the boulevard will have less of the pedestrian-friendly requirements, and setbacks farther from the street will be allowed. In the section where aircraft noise from the Joint Reserve Naval Air Station is a factor, uses will be restricted to light industrial and art studio space.

And the code applies only to commercial developments on the boulevard. No housing on neighboring streets can be converted to other uses, for example.

Some have suggested that form-based codes aren’t much different from the mixed-use designation that allows housing above retail or office buildings, as has been done in some of Fort Worth’s urban villages, including West 7th Street.

Scott Polikov, a principal with Fort Worth-based Gateway Planning, which worked on the Camp Bowie project and has consulted on 15 others across the country, said there is a big difference.

“You could have a mixed-use project that looks like it should be in suburbia but is put in a historic urban setting,” he said. “The old zoning allows that. What form-based code does is makes the new developments relate to the properties and buildings nearby. It gives neighborhoods a defining character, something that the residents and business owners can build upon.”

Polikov also said the six-mile stretch of Camp Bowie from I-30 to Loop 820 is the longest corridor in the country so far to be redone with form-based codes.

Don’t expect to see form-based code pockets popping up all over Fort Worth. Dana Burghdoff, deputy director of the city’s Planning and Development Department, estimated that only about five percent of the city would meet the criteria.

“We’d like to have a mass transit component, so we’re seeing how the progress is going on commuter rail line plans,” she said. Form-based codes “also works best when there are commercial and residential properties close to each other. And these codes do not ignore how these buildings are used. It just that they combine flexibility and predictability.”

“But [Fort Worth’s] experience on the Near South Side [with form-based code] has been very positive,” she said. “We’ve seen lots of private investment during a down economy, and we’ve been able to preserve the area without designating them as historic districts, which can be very restrictive. But more importantly all the major players — the developers, business owners, and people who live nearby — all seem to like it.”