Last week I wrote about a failed attempt to drink in Grand Prairie, in which I pulled a buzz from the jaws of defeat by drinking at Diamond Jim’s Saloon, a big honkytonkish place on the Arlington side of Great Southwest Parkway. When I was telling a friend about it, he remarked that it was a pretty long drive just to visit one bar. I thought that was sort of shortsighted, but then again, I had called it a night after three drinks, because 20 miles or so is probably too far to be traveling if you’re flying solo. Thing is, Diamond Jim’s isn’t the only joint on that block, which is why I went back and paced myself a little more evenly to get a feel for the old saloon’s next-door neighbor. 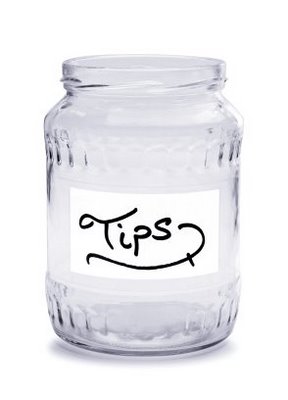 Immediately north of Diamond Jim’s is Tommy’s Bar and Grill, described by a Diamond Jim’s bartender as being “kinda for old people.” Indeed, I was the youngest person there, after the bartender, a blue-eyed woman in her mid-to-late 30s, with crinkly blonde hair and a wide, pretty smile. When I walked in, there were three or four middle-aged friends shooting pool, but once they left I had the bar to myself, except for an older dude who looked like Michael McDonald and a guy who could’ve been a dead ringer for Yaphet Kotto in Alien, the latter patiently humoring the former as he slurred one blurry memory after another. I gathered from the guy’s stories that he was a regular and had been since 1994, back when Tommy’s was a biker bar. Apparently, around the time I was loafing my way through water polo practice and hiding Pantera albums from my mom, he was watching bikers beat the shit out of each other — the guy got really emphatic telling a story about some guy who got dragged out by his hair by some Banditos.

I looked around. At first glance, Tommy’s is pretty much your typical carpet bar, like a lot of the joints on Alta Mere Drive. But then I noticed that the faux-wood paneling favored by those kind of dives looked like it was actually real wood, old fence boards from the look of them. I imagined they might have had a natural finish years ago, long since weathered by the dingy film of cigarette smoke. Thinking about the regular’s story about the biker brawl, I wondered what those walls would say if they could speak.

I walked over to the internet juke on the far wall and put in a couple of bucks. A haggard nutcase stumbled in the front door and tottered to the bar. As the opening notes of “Shine on You Crazy Diamond” came on, I heard him tell some story to the bartender, and she pulled the lone single out of her tip jar and gave it to him. I was struck by this moment of charity, especially because it was a slow Monday and because she later told me she was a single mom raising a 3-year-old.

As the crazy person headed back where he came from, I heard the drunk at the other end of the bar schooling his unwilling pupil about Cadillacs made between the ’50s and 1976, which was really a conversational, um, vehicle that allowed him to segue into stories about the Coup de Ville he bought in ’74. Pink Floyd turned into ZZ Top’s “Hot, Blue and Righteous.” The other guy asked the chatty drunk what color the Caddy was. “Gold,” he said.

The way the guy kept going, it made me think about the myth of how British Navy press gangs would fill out the crews of their ships by getting some poor shlub hammered at a tavern and then secretly dropping a coin into his tankard, the idea being that if he drank the beer to the bottom, he had accepted “the king’s shilling” and therefore agreed to serve. With nostalgic regulars at a bar, impressment sort of works in reverse: The drunk finds a comparatively sober guy and presses him into service as a listener. Often and awfully for free. At least this listener was patient. He, along with the bartender and I, learned that Fake Michael McDonald was 65, loved weed, liked acid, and blew a lot of money on blow in the ’80s. The talker mentioned something about 1988; the word “divorce” came up.

As the bartender was starting to wipe down ashtrays in advance of closing time, a guy in a cowboy hat blew in, ecstatic and wolf-whistling because he had evidently won a $10,000 truck allowance at his company’s Christmas party. Cinderella’s “Nobody’s Fool” came on, and the room suddenly felt … bitter. I put another buck in the tip jar and headed out the door, thinking about making my own luck. –– Steve Steward