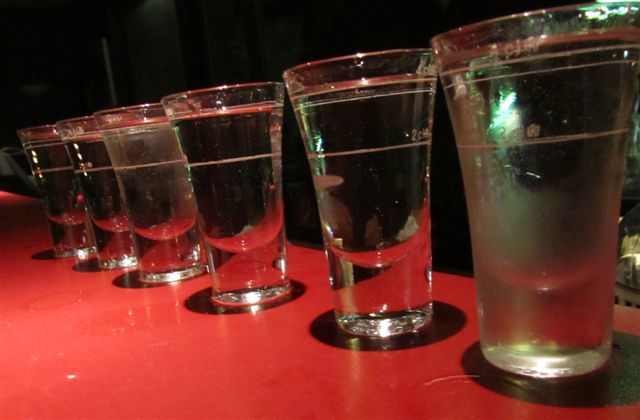 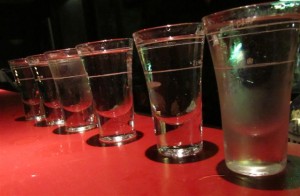 If you’ve been drinking for a while (for years, I mean; not, like, since lunch), at some point you have conversations with fellow nightflies about your respective boozing phases. I realized this the other day when Jägermeister came up as a topic of discussion among me and some friends. We were sitting in a parking lot by our cars, idly bullshitting before getting on with the afternoon. “You ever go through a Jäger phase?” I asked my buddy.

Getting sick of Jäger doesn’t happen to everyone, but most of us seem to reach that age when you realize that Jäger is the devil’s drink, usually inspiring the type of drunken misadventures that either become the stuff of legend or doom you to a reputation as that guy who totally loses his mind when he drinks.

Now that doesn’t mean I’ve sworn off chilled cordials entirely, and recently I’ve developed a taste for Rumplemintz –– or as I like to call it, “A Taste of the Dentist’s Office.” I’m not gonna go and say it’s my favorite thing, but sometimes tossing back that chilled, minty freshness just feels like the right thing to do, and when you feel the call, you should just toss it back and see what happens.

See, the other night, I’d been hanging out at the Ozzie Rabbit Lodge, half-listening to patrons shoot the breeze. I’d put a buck’s worth of songs into the jukebox, and I was trying to figure out why Sabbath’s “Never Say Die” reminded me of Spinal Tap. As Ozzy Osbourne wailed against giving up, I heard one of the bartenders say, “The thing about that bar, you order a shot of Rumplemintz, they give it to you in a fucking fishbowl.”

I instantly forgot about Sabbath. “Uh, what bar is this?” I asked. “And how far is it from here?”

The regulars told me to go to this place on the I-30 frontage road near Brentwood Stair called Corporate Image, so I paid my tab and hit the road, Sabbath-less but inspired. I finally found the bar in a series of storefronts on the south side of the freeway. On the east end of the place’s brightly glowing marquee was an American flag; at its west was hand-painted signage advertising cocktails and dining, directing my eyes to a door opening into darkness.

While Corporate Image’s furnishings are an almost sinister shade of crimson, the room was by no means dark. Its mellow ambience is comfortable yet bright enough for everyone’s faces to be visible. Walled in wood paneling hung with an odd assortment of alcohol-related pictures, Corporate Image is much more inviting than such a name would imply, and everyone sliding shuffleboard or shooting pool (including the bartender, a quiet, amiable, pony-tailed dude named James) seemed to be good friends — and most likely part of the 99 percent. Most of the regulars milled around the bar games or sat at the bar, but periodically someone would stroll under a trio of brick arches into the karaoke area and sing songs, the lyrics of which beamed emphatically from a huge, old projection-screen TV. Bathed in the bright, solemn glow of the TV, each lone performer almost looked as though he’d come to a holy place to make an offering, even if said offering was a Top 40 hit from yesterday and today.

One such supplicant was a black gentleman named Gary, 71, who has been a regular at Corporate Image for years. “It’s just like Cheers here,” he said, and given the easy camaraderie available free of charge, I could see why. He knew everyone, and everyone knew him. Then he entered the karaoke sanctuary and absolutely killed “Blue Velvet.” When he came back, I offered to buy him a shot. “Cognac, please,” he said. Then I remembered why I’d come to this bar in the first place. “I’ll have a Rumplemintz,” I said. James brought me the biggest shot I’d ever seen, like if you could serve one in God’s champagne flute or maybe an above-ground pool. When I held it up for inspection, I caught my own worried expression in the back bar’s mirror. “To phases,” I thought, clinking glasses with Gary and dumping that giant shot down my throat. –– Steve Steward