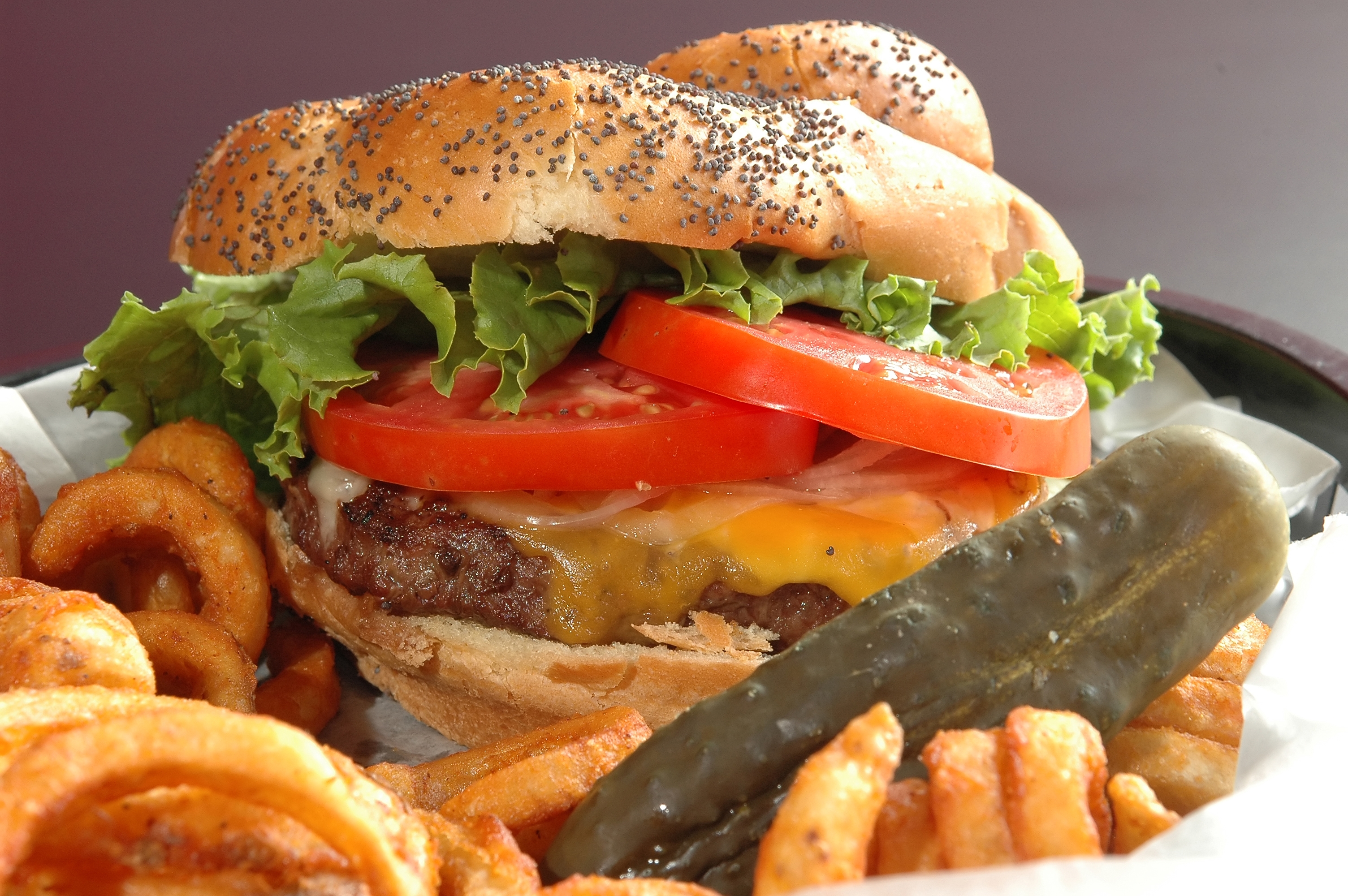 Chow, Baby recently ended a burger binge on the cool new double-decker patio at Dutch’s Legendary Hamburgers (3009 South University Dr.). William S. Burroughs and Hunter S. Thompson at their worst could not have rivaled my disregard for the blues that inevitably follow the dizzying high of being hurled through the uni-burger-verse. Looking at my distended belly, I felt as though the intake of even one thin mint  more would have collapsed my reality in on itself, leaving me in a catatonic state.

The day had started innocently enough. With an out-of-town guest in tow, I suggested burgers for lunch. Since it was still nice outside, we went to check out the neat-o new patio at Dutch’s. If you’re like me, you’re still mourning the loss of Lambert’s Steaks, Seafood & Whiskey on White Settlement Road. While hunky super-chef Lou Lambert’s burger bastion by TCU doesn’t serve the legendary wild boar ribs or the silken green ancho chile grits of his recently closed namesake, he is still a God in the burgersphere.

We arrived during a busy lunch hour, intent on catching up over some adult beverages — he was on vacation, and I had taken the day off, so why not start early? I played it safe and ordered the Dutch burger ($5.85) with onion rings ($2), “all the way,” on a sweet roll-style bun. My guest raised the burger bar and went for the chili cheeseburger ($6.85), slathered in house-made beef chili with cheddar cheese, diced onion, and jalapeño relish. Either I was doing most of the talking (imagine that), or he was already familiar with the menu. I don’t like being shown up in my own backyard.

Don’t get me wrong, the Dutch burger was moist and delicious, and the sweet bun set it off. But my friend’s chili cheese concoction was over the top, with its tender chunks of beef floating in the throat-tickling chili. Round One to guest.

We chatted and laughed, sipped some frosty Rahr Ugly Pug, and before we knew it, it was dinner time.

“I mean, we’re already here,” I said innocently. “Unless you don’t think you can’t handle another burger?” Those words will live in infamy.

Back into the line we went. I played my hand: a bacon bleu cheeseburger ($6.85) with all the fixin’s plus chipotle mayo. The smoke of the chipotle shone through the rich, creamy bleu cheese like a fog light, and the bacon added a nice touch of salt and fat. My friend counter-punched with the Lineman ($7.85), which has two patties, and added jalapeños, mushrooms, and avocado (75 cents each). It was like a burger Rembrandt, a portrait of the heights humankind can achieve.

We split both burgers, and I have to admit, I was out-dueled again, although my bleu cheeseburger was by no means disappointing. As I shoehorned in the last bite, the old familiar feeling came over me: I was burger-stoned and only slightly ashamed of my gluttony. I felt like someone who’s gone missing, only to be found by friends, glassy-eyed and burping in the dim recesses of an opium den.

I don’t remember ever being that full, at least not without a buffet being involved. The good news is that our bingeing hadn’t burned us out on Dutch’s. We didn’t eat another burger while my friend was in town, though. Once you’ve tripped the Dutch fantastic, you’ll be chasing that high for the rest of your life.