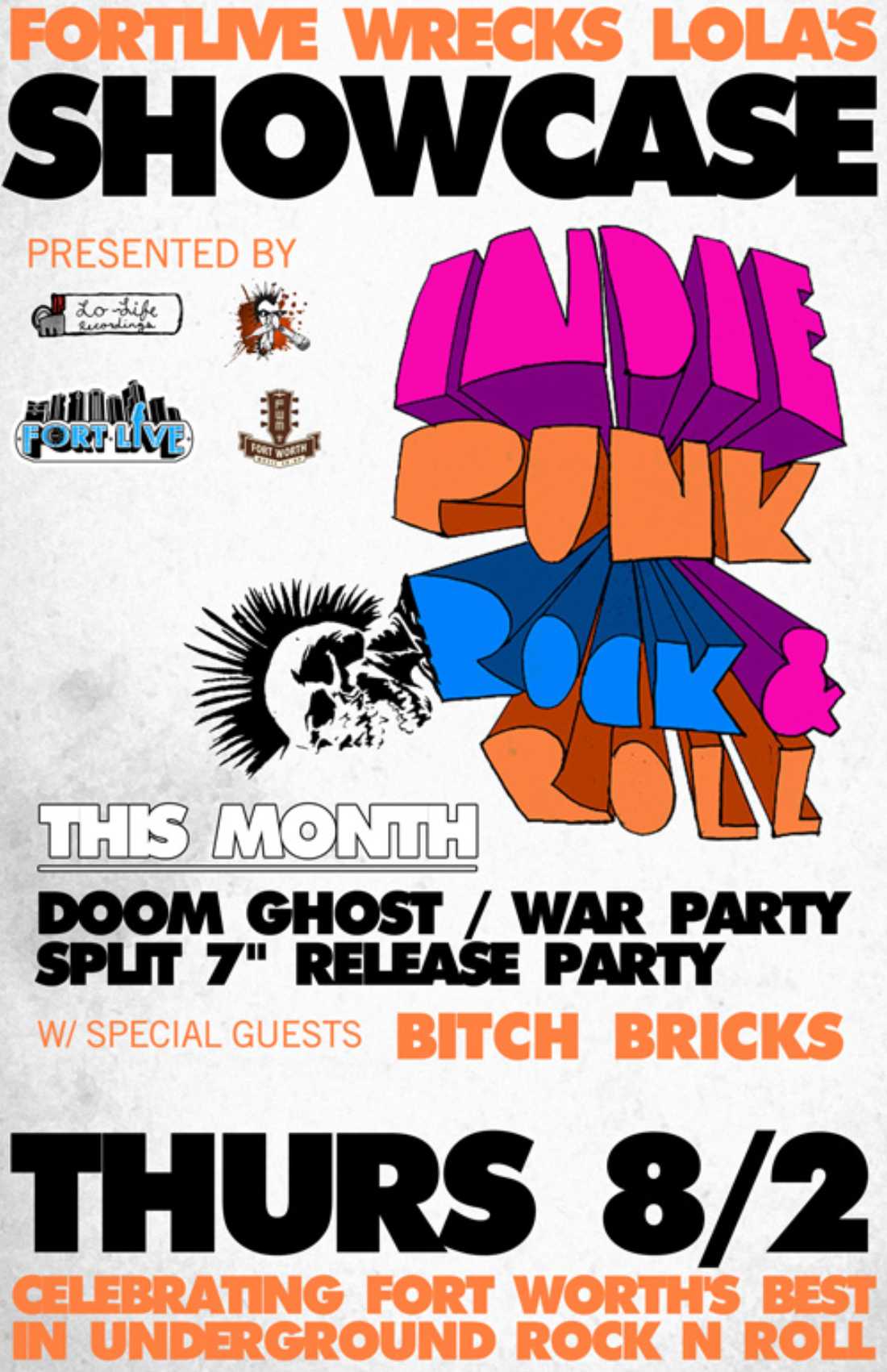 Here’s one thing that can be said for Progress: Sometimes new stuff is better. Case in point: Lola’s Saloon. Many of us fondly recall The Wreck Room, the original rock-club venture of Lola’s owner Brian Forella. Awesome live music? Check. Awesome sound? Check. Underage drinking? Occasionally and only by accident, but, yes, check. The occasional rendezvous with Mary Jane out back? Sure. Having a couple of beers after-hours? You bet. But while I don’t know if anything similar exists in Clubland today –– I doubt it –– I do know that it shouldn’t. Fort Worth was a much less populous, much less dense city during the Wreck’s halcyon days, circa 2003. A zillion people back then called Fort Worth home, of course, but it felt like a small town with a small-town vibe –– some friends could share a few beers at a bar after-hours, no problem. Everybody pretty much trusted everybody else. And the cops knew the difference between a few friends having fun and a few shady characters up to no good. But those days are behind us, and to them I say farewell. For one thing, my liver can’t take any more marathon drinking sessions. For another, Fort Worth has come a long way toward acknowledging that it is a big, world-class city. We don’t need to act like Smallville. By adopting a grown-up mentality, we will help usher in the kind of progress that most of us have been dreaming of since the early oughts. You want professional live music? You want to get the kinds of bands that normally play Dallas? Act like a professional venue owner or booking agent. Long story short: If asked to choose between Lola’s and the dearly departed Wreck, I wouldn’t even blink –– as much as I loved the Wreck for its underground Podunk charm, I love Lola’s for its underground cosmopolitan feel. (Think: Seattle, Boston, New York City, Portland, Chicago.) Yes, we’re all still waiting for Lola’s North-Texas-locals-only jukebox to work, and, yes, the venue’s bathrooms could use a major overhaul. But the Wreck’s stage never saw the caliber of bands that frequently –– like, every weekend –– grace Lola’s boards. And, for the most part, the Wreck’s old regulars still saddle up at Lola’s for happy hour. They just can’t stay past 2 a.m. anymore. … I got to thinking about Ye Olde Wrecke Room after learning of Fort Live Wrecks Lola’s, a monthly underground-rock series put on by the local music blog Fort Live. “Much how the long-revered Wreck Room used to showcase some of the best punk and indie bands in the area (back before the club boom in Fort Worth), this monthly series offers to do the same,” writes Fort Live founder Casey Mack. “We aim to bring the Wreck’s memory to life by showcasing three of the area’s best indie/punk/rock bands on the same bill and helping local music fans get an introduction to the best new artists in local music.” FWLWL’s inaugural show, Thursday, Aug. 2, three undisputedly killer garage-rock acts –– War Party, Doom Ghost, and the all-girl trio Bitch Bricks –– will perform. A portion of the proceeds from the $5-9 cover will go to Fort Worth Music Co-op, a nonprofit organization devoted to enriching the city’s scene. The show also will serve as an EP release party for Introducing …, a split-7-inch by War Party and Doom Ghost, on Lo-Life Recordings and Turkey Baster Records.