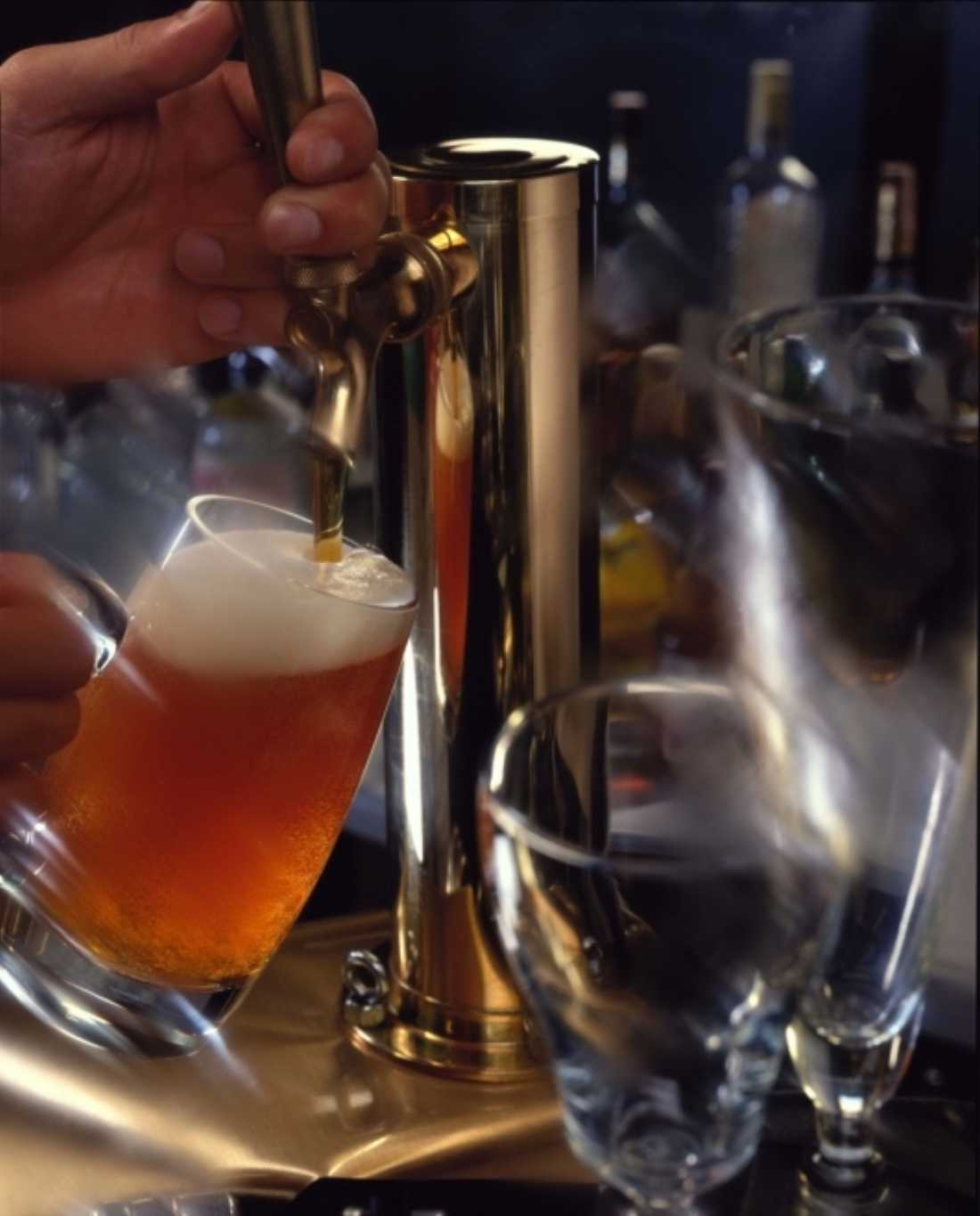 Earlier this week, I saw a still from the set of the impending RoboCop reboot, and, frankly, I already don’t want to see this movie. The photo showed a charcoal-colored humanoid who looks like any one of the legion of robotic ciphers you decimate wholesale in first-person shooters. An unremarkable automaton, face obscured by a visor, he appears to be all rubber and abs, the kind of monster that sends Xbox and MMA fans scurrying for their wallets, and a horrible world apart from the awesome, chromed, clanking, walking tank everyone loved from the 1987 film and its 1990 sequel. I guess if you’re remaking something, you can’t just use the same old parts.

The same might be said of the current reset of Zio Carlo Magnolia Brew Pub. Since the first “coming soon” signs, beer geeks and Near Southsiders have been wondering when the brewpub would actually start, you know, brewing beer. The answer, said manager Adam Gonzales, is “soon.” Apparently, two crucial pieces of the operation, the boiler and the glycol chiller, were not functional, but now they’re about to be repaired. “For one thing,” Gonzales said, “neither part was installed properly, and the boiler is not yet up to state code. It also needs a new pump.”

Gonzales made the pump issue sound like an easy fix, if not for one minor detail: The thing’s in Detroit (which, if you’ve ever seen RoboCop, looks exactly like downtown Dallas). Delivery would take three to four weeks. “Basically, if we can’t find another [pump] locally,” he said, “we’re pulling an all-nighter and taking a road trip to Detroit.”

David West, a Crowley-based boiler expert with 50 years experience, will help with the reinstall once the replacement pump arrives.

As for the glycol chiller, the piece of equipment that cools wort (the liquid left over from the boiling process), the repairs involve fixing a lot of little pieces, Gonzales said. “The whole system came from a brewery in Florida, and the guy who put it together didn’t really know what he was doing, so that’s why we got a pro to help us.”

In the meantime, Zio Carlo still has pizza and beer, but look for a menu expansion in the coming weeks. In addition to the return of owner Carlo Galotto’s signature pasta dishes, the menu will feature sandwiches and salads. Galotto’s pizzas are traditional Italian (read: no pepperoni), so expect a similar high-end quality in the other offerings.

Then there’s the beer. Despite the fact that several of the tapwall’s spouts are still waiting for Zio Carlo’s house-brews, the rest brim with boutique beers from places like Dallas’ Lakewood Brewing Company, Granbury’s upstart Revolver Brewing, and Austin Beerworks.

“We basically wanted to have stuff you can’t get anywhere else, so we pulled our ‘beer bros card’ with a lot of our friends in Austin to get product that’s kind of hard to find up here,” said Gonzales, who learned the brew biz down in the 512 before moving up here. He started out as an intern, then a delivery driver, and finally had a marketing role for Independence Brewing Co., focused on developing a sense of community among the capital’s beer fans.

Along with Zio Carlo brewmaster Austin Jones, former brewer at ye olde Rahr & Sons Brewing Company, Gonzales wants to promote the same civic bonhomie at Zio Carlo. “[Jones] and I want this place to be a community hub — we love that we get families and people from the neighborhood — and we’ve kind of envisioned it as a bona fide draft house, kind of fulfilling that pub tradition of a place where you can come in for a great meal and great beers.”

The experience and connections shared by Gonzales and Jones (who was on his 500th batch before leaving Rahr to strike out on his own) should help the mid-Magnolia-located Zio Carlo connect both ends of the avenue. As much as I’m amped about their house-brews, I’m equally eager for pub crawling along Magnolia to blossom. Zio Carlo’s new parts will help it be what it should be.

Unlike the next RoboCop. –– Steve Steward