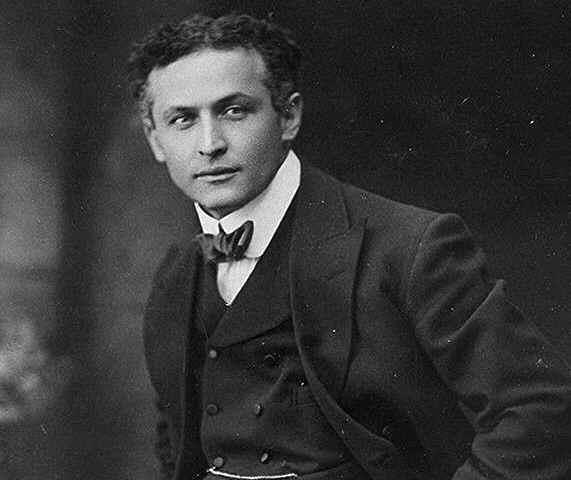 Every year on the anniversary of Harry Houdini’s 1926 death, Halloween, magic enthusiasts from all over the world gather in a predetermined city to celebrate the legendary escape artist’s life –– and to try to communicate with him from The Great Beyond.

The séances have always been private affairs, open only to well known Houdini scholars and aficionados, and none have ever been performed in Fort Worth, a city where Houdini flipped wigs twice in his life, in 1916 and 1923.

But downtown at 8:15 p.m. on Wednesday, Oct. 31, at The Masonic Center (1100 Henderson St.), The Official Sid Radner Houdini Séance will take place and be open to the public. In addition to possible paranormal activity, the event also will feature rare Houdini artifacts, film clips, and escape acts. Tickets are $35-100. (Only about 275 seats are available.) All attendees will receive a souvenir program and Houdini Séance keepsake.

The séance came to Fort Worth via Will Radner, son of Sidney H. Radner, who had inherited a lot of Houdini’s effects from the escape artist’s younger brother, Hardeen (né Theodore Houdini), in 1945. Will knew Fort Worthian Arthur Moses, a local collector of Houdini memorabilia and author of two Houdini books. About two months ago, Will “called and asked me if Fort Worth would like to host” the séance, Moses said.

Moses, who has been to a couple of Houdini séances over the years, immediately said yes and for production help –– Moses loves magic but is not a magician –– contacted Derek Kennedy, owner of Magic Etc., one of the largest and most popular magic stores in North Texas.

Since the séance has never been in Fort Worth or in public, Moses and Kennedy wanted to “upgrade it,” Moses said. “It’s always been in a rented hotel room or a suite or a museum conference room, a small room, and it’s usually just 25 minutes and then you go home. We wanted it to be public, and we want to get as many people as we can to comfortably give a good show to.”

The ’30s-era Masonic temple, with its own paranormal history, was a perfect fit. “It’s a great venue,” Moses said. “There are no bad seats. We sat in the far corners of the room, and you can still see fantastic. … It feels like you’re in 1930s theater, the woodwork, the rustic smell. You can feel the character. That alone is gonna be great.”

All of the proceeds will go back toward the production (security, performances, room rental).

Some of the biggest names in magic have participated in past séances, including Teller (the other half of Penn and Teller) and James Randi. “No doubt this year’s séance will bring to the Fort Worth area leading authorities from around the country, as well as international news media,” said local magician Ash Adams. “It’s perhaps the most significant magic event that’s happened in the Panther City since Houdini’s last performance in 1923. It’s a totally one-of-a-kind tradition that I’m thrilled Fort Worth has been granted to host.”

Moses, when asked if he ever “experienced” anything in a past Houdini séance, is cagey. “That’s a tough question, and I can’t commit to an answer,” he said. “It will be a fun, entertaining, educational evening. People won’t get to see this again.”