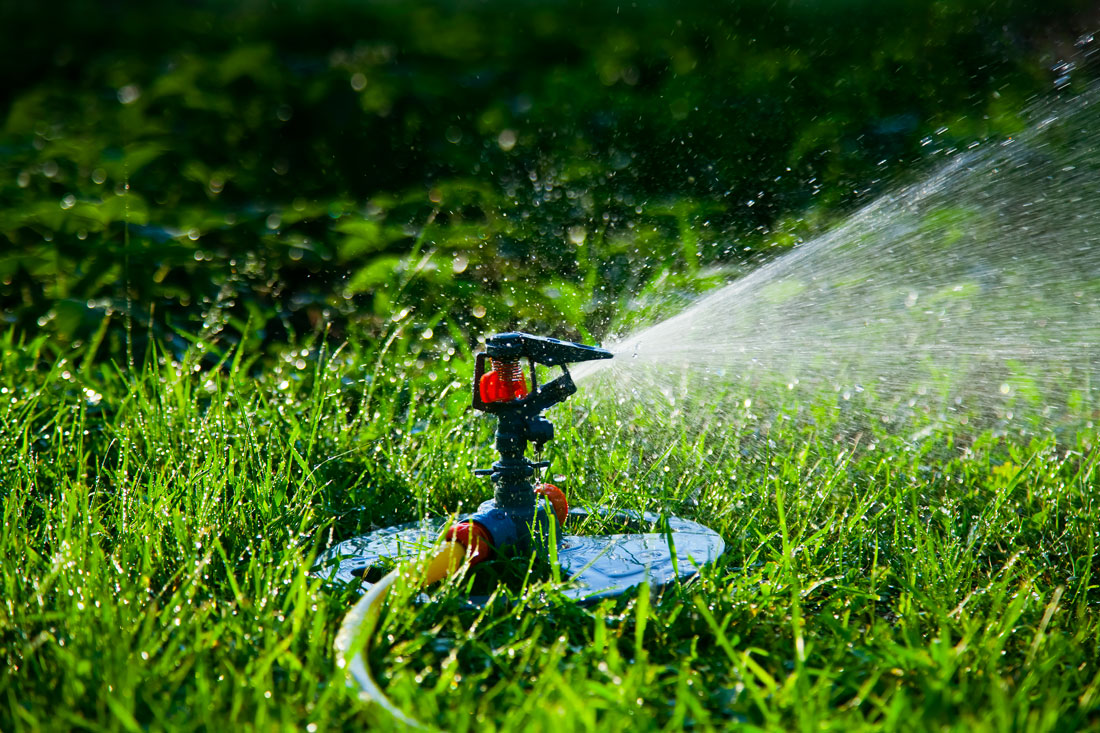 “It’s where people go, ‘Oh look, we’re running out of water,’ and then it rains and everyone goes, ‘Oh, everything’s fine’ and go right back into the habits of what got us into a drought in the first place,” said Alyssa Burgin, executive director of the Texas Drought Project.

As an advocate for water conservation measures, including restrictions on homeowners, Burgin knows from experience that politicians often talk tough on water and then avoid real action.

Which is exactly what happened in North Texas.

Just a few months ago, additional lawn-watering restrictions for the Metroplex seemed all but certain. Despite spring and summer rains, the drought that began two years ago has lingered long after farmers filed insurance claims for devastated crops, ranchers sold off their herds because of exorbitant hay prices, and homeowners watched grandfather trees die of thirst.

The mayors of Fort Worth, Dallas, Irving, and Arlington met in April to demand mandatory watering rules by the end of the summer.

Many cities already prohibit residents from watering during the hottest part of the day, but the mayors said it was time to limit sprinkler lawn-watering to two days a week (watering by hand would be exempt). The long-term needs of North Texas residents made the conservation measure a no-brainer, the mayors argued.

The Dallas City Council approved the restrictions. Fort Worth and Arlington placed them on their agendas. Irving’s council planned to discuss it during a budget retreat. Everything was in place. As one Fort Worth official, speaking off the record, put it, “I thought it was a done deal.”

Not quite. In May, when the Arlington City Council was poised to approve the new regulations, 20 or so outraged conservative activists showed up and called the restrictions un-American. The proposed regulations went out the window.

Soon after, Fort Worth’s council discussed water restrictions at a pre-council meeting. They never made it to a vote. Same thing happened in Irving.

A spokesman for Fort Worth Mayor Betsy Price said there would be a public hearing during the summer. That never happened either.

“The idea of moving to Stage 1 restrictions is pretty much on hold,” city spokesman Bill Begley said. “It’s not something that’s going to happen right now.”

Why not? Were all these officials scared that a mob of sprinkler-waving lawn-lovers was going to torch city hall?

“The threat of a severe drought –– suddenly it was not knocking on our door,” she said.

Actually, most of the state is still in a drought that state climatologists say could last for years. Texas in general is moving toward a more arid climate.

Evidently none of that matters. It’s why Burgin calls it the hydro-“illogical” cycle. Faced with angry residents pointing to gray skies, city council members often balk at putting water restrictions in place.

“I did believe that some people were afraid to go through with it because they were afraid it would come back to haunt them at the ballot box,” Burgin said.

There is always some opposition to such restrictions, she said, but “the actual repercussions are much less than politicians and lawmakers believe them to be.”

The four Metroplex mayors were all too busy to return calls for this story. Dallas is sticking to its toughened regulations, despite the rest of the region’s unwillingness to follow suit.

The Tarrant Regional Water District supports twice-a-week watering restrictions, arguing that water conservation needs to be addressed by the North Texas region, which is expected to double in population within a few decades. The Texas Water Development Board said in June that meeting the area’s future water needs will require significant conservation.

Asked if Dallas is shouldering more of the burden, Blackmon was diplomatic. She called it an “opportunity for [Fort Worth and Arlington] to do a thoughtful look at water conservation.”

But what if the Metroplex’s other cities don’t do anything about it until the next record drought comes around?

“We hope that that’s not the case,” she said.

The water district, however, has an answer for that question.

“The likely result of avoiding more restrictions would be higher costs passed on to consumers, which would be reflected in their water rates,” spokesman Chad Lorance said in an e-mail. “This would occur because the region’s next sources of water and accompanying infrastructure will be very expensive to design and build.”

Fort Worth spokesman Jason Lamers said Price still believes in water conservation but has backed off from the mandatory restrictions she and the other mayors pushed for earlier this year.

“She doesn’t believe water conservation is dead. She still believes in it long-term,” Lamers said. “She’d like to have more information.”

When the mayors had their conservation pow-wow, many cities, including Fort Worth, were still in Stage 1 of their drought contingency plans, which limits lawn watering to twice a week when lake levels take a dive.

The welcome rains early this summer brought an end to those restrictions locally, though permanent restrictions are still in place in Austin and San Antonio. Making the rules permanent would have been a hard sell to homeowners who can’t bear to part with their St. Augustine lawns.

Blake Woodard, who runs an insurance company in Fort Worth, wrote a column for the Fort Worth Star-Telegram opposing the twice-a-week restrictions, even when they were imposed temporarily during last year’s record drought.

Interviewed last week, Woodard said he believes in the need for conservation, just not “telling people when to do it.”

“It doesn’t take into account the busyness of people’s lives,” he said. “Nobody gets madder than me when I see a neighbor watering in the rain … but it’s poor public policy to have neighbors rat on each other.”

Instead, Woodard suggests flexible water pricing that discourages daily watering and an honor system that allows residents to choose which two days they water their lawns, allowing them to plan around rain forecasts and family vacations.

“There are a majority of people who will follow the rules without having Big Brother snoop around,” he said.

“We are water hogs. That term is out there,” Oliver said. “We do waste a lot of water.”

Libby Willis, president of the Fort Worth League of Neighborhoods, also believes that if information were provided on a broad scale, residents would opt “for what makes sense.” There are always going to be some individuals opposed to it, but Willis is hopeful that the reality of the area’s increasingly arid climate is becoming clearer.

The water restrictions got derailed because of politics and anxiety about opposition among residents, Willis said. The result is that the Metroplex has yet to take any significant steps to reduce its impact on the environment.

“We talk a good game on sustainability,” Willis said. “We have yet to walk the walk.”