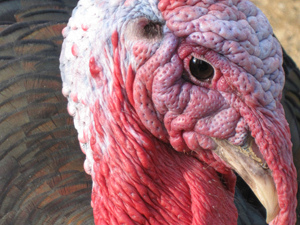 The Turkey Awards paper has long been one of the most beloved traditions among Weekly staffers, second only to hourly cigarette breaks and lunches consisting of bite-size candy bars.

This annual ritual of lampooning the cowards, lackeys, layabouts and fools of Fort Worth is as dear to our hearts as the smell of fresh newsprint,  the satisfaction of a kick-ass scoop, or the thrill of discovering day-old kolaches abandoned in the kitchen.

So it is with a mix of joy and sadness that we must deliver one final, post-publication Turkey Award to the Star-Telegram, for its poorly executed, scatterbrained, spineless (and boneless) attempt at delivering some Turkey Awards of its own.

We hate to beat a dead bird, but the completely arbitrary array of award recipients makes it clear the paper’s editors treated this as a gimmick to fill space, with barely a thought to how absurd — and even insulting — it might be to ridicule the latest drunken starlet  alongside a half-assed dethronement of Lance Armstrong, a fraudulent egomaniac of epic proportions who bullied teammates into drug use and shamelessly enjoyed millions of dollars of prize money and years of lapdog media coverage while injecting steroids through his taint.

But, oh yeah, did you see Amanda Bynes’ mug shot? Totally hilarious, dude. After a few other self-evident disappointments with little to do with Fort Worth, the paper actually gave a turkey award to SUPERSTORM SANDY, we’re assuming because she was, like, such a bitch in New York and everything.

Or, as it was put by the Star-T’s Mark Lowry, who gets official credit for the awards, it was “bad form” that the storm hit right before the election, which would be totally funny if the storm hadn’t already killed more than 200 people in seven countries, including this one.

There’s also Clint Eastwood, The Today Show, Randy Travis, Facebook and Ann Coulter on the list, together on the same page of a newspaper (6E of the Life and Arts section, to be precise) for what is inexplicably the first — and likely the last — time.

Of the top 10 awards printed in Sunday’s paper, a scant four have anything to do with Texas (and that’s being generous). Either the Star-T’s editors don’t realize that there’s plenty of turkey fodder on its home turf, or they’re too chicken to print snarky criticism of the selfish, silly powers that be.

Yes, we’re being more than a little self-righteous here, but we would like our big sister to treat Cowtown’s most indecorous people and institutions with a bit more stick and a little less carrot.

In a year that saw a congressional candidate fear-monger over Islam, a seminary school buy chicken sandwiches to denounce same-sex marriage, a nearby school district legalize the spanking of teenage girls by older men behind closed doors, and a mayor twiddling her thumbs instead of tackling gas drilling as she promised, we would like to suggest, with hope for a brighter future, that maybe these things are worth revisiting more than what Amanda Bynes did with all her Hollywood friends last night.

Don’t worry, TMZ and half of the Internet have that covered. We humbly posit that printing it in the Star-Telegram will not increase readership.

However, recording the failures and foibles of those with power over others could just possibly interest readers, as well as helping to keep the world honest. At the very least it would remind us of the people who may actually deserve ridicule because they were supposed to be accountable to us in the first place.

And, lest we opined on this subject for too long, it’s still pretty frickin’ fun to read about.