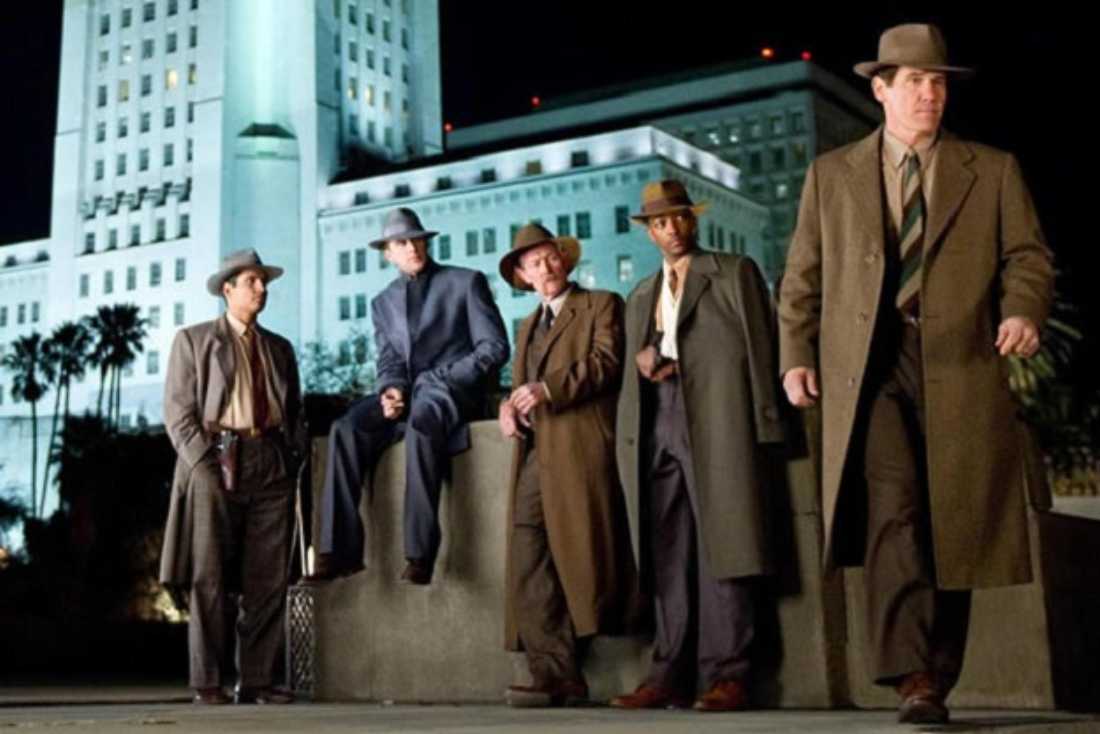 As you’ve probably heard, Gangster Squad was supposed to arrive in theaters last September, but it was also supposed to include a scene (visible in the film’s early trailers) of the bad guys shooting up the audience in a movie theater. After the massacre in Aurora, Colo., last summer, the powers that be thought it best to postpone the movie’s release date while the scene in question was replaced with an entirely new, re-shot sequence. It’s a political move, but they should have re-shot much larger portions of this movie while they were at it.

The film takes place in 1949 in Los Angeles, where former war hero-turned-LAPD homicide detective John O’Mara (Josh Brolin) demonstrates a penchant for taking the law into his own hands. For this, he’s tapped by the police chief (Nick Nolte) to conduct an off-the-books guerrilla war against the operations of gang boss Mickey Cohen (Sean Penn), with the help of a small squad of lawmen who haven’t been bought off. Among these are O’Mara’s buddy Jerry Wooters (Ryan Gosling), an alcoholic whose self-destructive behavior includes sleeping with Cohen’s moll (Emma Stone).

Director Ruben Fleischer clearly wants this to be a piece of retro-cool noir about clean-cut, sharply dressed men in fedoras mowing down bad guys with tommy guns. That’s fine, but the movie is far too slick and unoriginal. The characters are cardboard, and the one-liners they deliver come too easily. (Cohen to a failed underling: “As they say, all good things must be burnt to the ground for the insurance money.”) The actors are reduced to playing Saturday Night Live versions of 1940s cops and robbers, aside from a few fidgety moments of discontent from Stone. Coasting on his good looks and charm for once, Gosling comes off particularly badly here, and the idea that the cynical Jerry would join O’Mara’s team after seeing a boy caught in the crossfire during a gang shootout is the falsest of false notes. Almost nothing in this movie feels spontaneous in the least.

There’s a deeper rot in here too. The movie is an uncritical and heavy fictionalized celebration of the LAPD’s illegal strong-arm tactics in bringing down Cohen. In reality, the department’s storm trooper mentality yielded much messier results, and they sure weren’t inviting minority cops to the party in the 1940s, as O’Mara does in this film. This is where the movie graduates from derivative period cop thriller to outright fraud.

Fleischer previously directed two action-oriented comedies in Zombieland and 30 Minutes or Less. It’s telling that this movie is best in its isolated moments of slapstick humor, as during the team’s botched first raid on a Cohen casino. Overall, though, Gangster Squad adopts a serious tone, and it doesn’t suit Fleischer at all. Here’s hoping he gets back to what he’s good at.