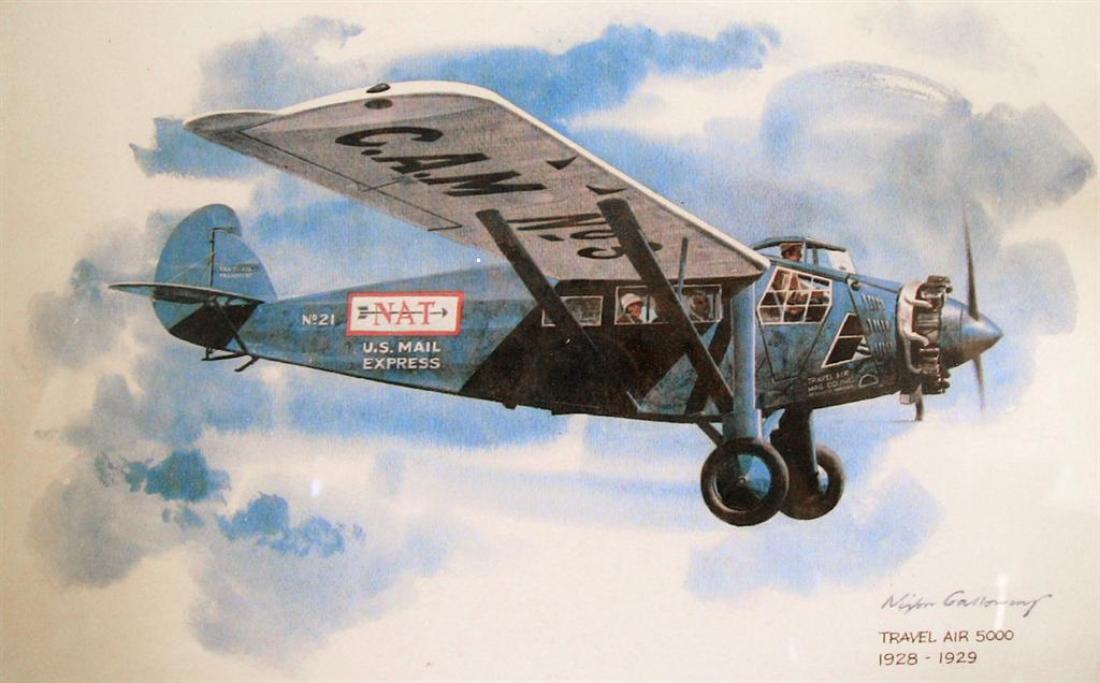 A rare airplane that once belonged to Amon G. Carter is being offered for sale to the Veterans Memorial Air Park, a group dedicated to preserving and promoting Fort Worth’s city’s history of aviation.

In 1925, Amon G. Carter and other local businessmen encouraged National Air Transport (NAT) to come to Fort Worth to operate airmail service between Chicago and Fort Worth.  This soon became the start of commercial airline passenger service in North Texas. In 1926, NAT began operating the Travel Air 5000, a new transport designed to carry passengers and airmail. These planes were built by Walter Beech, Clyde Cessna, and Lloyd Stearman. Only 14 were built and NAT operated eight of them. These airplanes, more than any others, epitomized the start of air passenger service in North America and helped establish Fort Worth as the leading aviation center in North Texas.

As a show of appreciation, NAT gifted Mr. Carter with one of those Travel Air 5000s in 1931. That airplane was trucked to Carter’s Shady Oak Farm where it remained until 1961. Until recently only a handful of people knew that Carter’s Travel Air still existed. Fifty years later, it may be possible for this treasure to be returned to its home in Fort Worth.

The present owner has been slowly restoring the airplane. Although the restoration is not complete the owner has decide to sell it at auction in March, but has offered to sell it to us before that.