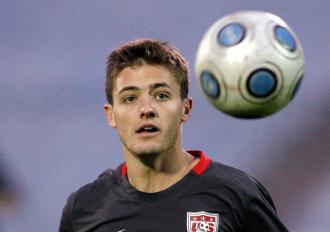 Since I’m the soccer guy on this website, I need to take note of an American soccer player who shook up the sport over the weekend, and it wasn’t because of anything he did on the field. (“Pitch! The word is pitch!” screams the soccer nerd in me. Shut up, soccer nerd.) In a 405-word post on his personal blog, Robbie Rogers simultaneously retired from the sport and came out as gay. A fast, left-footed player who started his career with Columbus Crew in MLS and had recently been let go by the English team Leeds United (a club with a storied past that has fallen on hard times), Rogers had appeared in 18 games for the U.S. national team and scored a game-tying goal against Mexico in a 2011 friendly. He is only 25 years old.

If you’re wondering, the situation for gay players in European soccer is much the same as it is for athletes in major sports here. Guys rarely come out, and never while they’re actively playing. In 1990, former Norwich City player Justin Fashanu came out as gay at the age of 32, but this was after his professional career had effectively cratered, and he committed suicide eight years later. Much of Europe is broadly accepting of homosexuality, and even homophobic fans acknowledge that the sheer number of professional players makes it highly like that some of them have been secretly gay. Gay rumors have swirled about various players, even about some who were manifestly straight (David Beckham). Yet gay players stay in the closet rather than take the field as an out gay man. That’s because soccer’s roots are as a working-class male pursuit, and large swatches of fans believe that the game is a man’s sport that only manly men can play, even though the likes of Beckham have said that that’s not the case. Rogers’ retirement may have had something to do with the history of ankle injuries and concussions that have limited his playing time in recent years, but his blog post (which appears to have been the product of much thought) seems to indicate that he’s leaving the sport for mental reasons. He seems to need space to sort out his identity. His post does leave room that he might return to the sport at some point in the future, but he’s gone for the moment.

Encouragingly, the reaction has been broadly supportive both from his teammates on the U.S. national squad and his former teammates at Leeds. Contrast this with the vitriolic reaction that Fashanu received back in 1990. (Of course, in some places in the world, gay players meet with actual violence.) Though a number of high-profile soccer players have remarked in the past that they believe homosexuality to be wrong, so far no one has said anything stupid in the wake of Rogers’ revelation. That’s always the first thing the media looks for in a situation like this.

Inevitably, some have asked why Rogers can’t play as an out gay man. It’s a good question. Someone should do it, but it’s an awfully big thing to ask. The pressures of being an openly gay athlete have often been compared to what Jackie Robinson went through in 1947, and there’s reason to think that this would be the case in most European countries. Oddly, there’s also reason to think that if Rogers were to return to soccer, he’d be best off here in America, because the sport doesn’t have a macho image here (having been adopted by suburban families as a supposedly less violent alternative to football) and because soccer’s fanbase is a bit more left-leaning on social issues.

The U.S. national team just took up the final round of qualifying for the World Cup, starting off with an unpromising road loss to Honduras. Assuming Rogers is physically fit (which, as I mentioned, isn’t exactly a safe assumption), his speed and ability to pass and shoot with either foot might give another dimension to Team USA’s offense, one that it’s currently lacking. It’s tempting to imagine him coming back in short order, making USA’s team for World Cup 2014, and representing America as that tournament’s first-ever openly gay player. Yet Rogers seems mentally unready to compete as well, so he must be allowed to return on his own time. Right now, he is the most famous intern working at Men’s Health magazine and has plenty of well-wishers.

Of course, women’s soccer has some openly gay players at the highest levels, including USA’s Megan Rapinoe. British sport has seen gay athletes come out recently in other team sports such as rugby and cricket. Now would probably be a good time to expand hockey’s You Can Play initiative, aimed at encouraging gay athletes to take up the sport, to soccer. 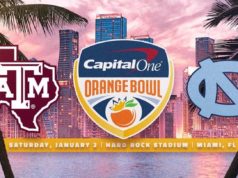