There’s a reason Fort Worth singer-songwriter Daniel Katsük took almost four years to release the follow-up to his band KatsüK’s 2008 debut album, Out of the Wind. Actually, there are a whole bunch of reasons: money (or lack thereof), sudden fatherhood, other musical projects, and a changing lineup of available studios. Happily, the long wait was worth it. Zero Point is a 15-track collection of world music-inflected tunes that are tiny in sonic detail but grand in theme and instrumentation. Katsük himself went through so many personal and artistic changes in the time he worked on the album, he wound up making significant revisions to his compositions near the end of the recording process.

“I ended up rewriting the lyrics to nearly every song,” he said. “I felt like there wasn’t much hope in the lyrical content. I didn’t want to just vomit my woes all over people. A good song, like a good movie or book, has the hero coming back from his journey with the prize, the reward of what he learned along the way. That’s a very Joseph Campbell-ish idea. I wanted to go through the fire and then bring that turnaround back into the music.”

The rewards of Zero Point, which features the contributions of 19 different musicians besides guitarist-flutist-singer Katsük and guitarist-producer Jeff Dahlgren, are intensely catchy melodies, lush and intricate studio effects that never sound gimmicky or gratuitous, and a general outlook of spiritual generosity during tough times. The  album’s meditative tunes run the gamut from gentle melancholy folk (the opener “Us”) to cheeky funk-informed kiss-off tunes (“Au Revoir”) to an eight-minute acoustic-psychedelic workout with shimmering layers of multi-tracked choruses (“Space Child”). Zero Point is one of those rare sprawling, ambitious collections that you want to listen to from beginning to end. 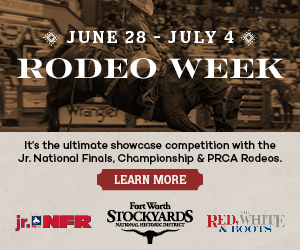 After Out of the Wind came out, Katsük started writing and recording a ska-funk project with members of Fort Worth rockers Sally Majestic. Then he shelved that to begin work with Dahlgren on what would become Zero Point. A little later on, his then-girlfriend became pregnant with Lotus, their child, and Daniel found himself frankly terrified at the daunting prospect of fatherhood. (Once he saw his tiny daughter’s smile, he said, the joy of this new life he’d helped create vanquished the fears of not being a good enough parent.) Through all the drama and emotional chaos, though, he never felt like he lost the creative thread of the album, which is remarkable in itself: Zero Point was recorded in at least four different studios across North Texas. As with all of his musical projects, he established a basic standard in his mind of what he wanted the songs to sound like before he ever sat down in front of a studio mic.

Katsük loves concept albums like Pink Floyd’s The Wall, and in his mind, Zero Point is about how exploring the shadow side of your personality is a big part of taking responsibility for your life. In his mind, the centerpiece of the album is the tune “Re-emergence,” which is his version of a traditional Hopi Indian song that he’s heard many times in purification lodges over the years. The tune is about how death –– the shedding of a person’s body as they leave “the womb of the planet” –– is merely another kind of birth. In the studio, he and Dahlgren used digitally manipulated effects to bring Katsük’s baby directly into the music.

“We recorded the heartbeat of my daughter while she was in the womb,” he said. “We ended up turning it into a beat. When I was recording the flute part for the song, she was about six months old. She was playing on the floor [in the studio] behind me, and she let out this big yell. We were also able to capture that [and include it in the song]. It was like a bird screeching. It was beautiful.”

Now that Zero Point has been out for about six months, Katsük is itching to move on to new material. While he’s finishing up that ska-funk project and recording a solo acoustic album, his band KatsüK is preparing to release an album of previously unreleased tracks, Zero Point Two, and then record an entirely new collection of songs. The Grotto show this Friday will be the band’s first live performance of 2013, and the singer-songwriter wants to incorporate some new, previously unheard tunes into the set.

“I love to take big operatic songs and bring them down so they’re just as impactful when three or four people play them,” he said. “We wrote a ton of material in a rush [after Zero Point]. We wanted to hold off on playing it for a while. Now we’re ready to surprise people with it.”