A Place at the Table (PG) Kristi Jacobson and Lori Silverbush’s documentary examines the problem of American schoolchildren who don’t have enough food. (Opens Friday in Dallas)

The Last Exorcism Part II (PG-13) Is it useless to point out the ridiculousness in the title? Ashley Bell reprises her role from the original as a girl trying to put her horrific past behind her. Also with Julia Garner, Spencer Treat Clark, David Jensen, and Muse Watson. (Opens Friday)

The Lost Medallion: The Adventures of Billy Stone (PG) Billy Unger stars in this adventure flick as a boy whose search for a medallion transports him back in time 200 years. Also with Sammi Hanratty, James Hong, Jansen Panettiere, and Mark Dacascos. (Opens Friday in Dallas)

Quartet (PG-13) Featured at the Lone Star Film Festival, Dustin Hoffman’s directorial debut isn’t a deathless piece of art, but it’s a pleasant diversion. Maggie Smith stars as an aging opera star who goes to live at a retirement home for musicians. Hoffman clearly loves the vibe of this setting, a place filled with performing artists who play for one another to keep their skills sharp and for the sheer love of it, and the camaraderie among these aged performers is where the movie gets its charm. The thin wisp of a plot doesn’t offer much in the way of dramatic payoff, but Hoffman directs in an appropriately smooth and unhurried manner. Also with Tom Courtenay, Billy Connolly, Pauline Collins, Michael Gambon, Sheridan Smith, Trevor Peacock, Andrew Ryall, and Dame Gwyneth Jones. (Opens Friday)

Beautiful Creatures (PG-13) Adapted freely from the first in Kami Garcia and Margaret Stohl’s popular series of teen fantasy novels, this movie has considerable upside and downside. Alden Ehrenreich stars as a high-school jock in a small South Carolina town who falls for the social-outcast new girl in town (Alice Englert) only to discover that she and her family are witches caught up in an epic struggle between good and evil. Appealing newcomer Ehrenreich plays a thoughtful jock quite well, and writer-director Richard LaGravenese makes the first half of this movie very funny. Unfortunately, he has no sense of the supernatural and mishandles the time element badly. The most interesting character is swallowed up by the fantasy world instead of serving as a guide, and the movie takes a nosedive in the second half. Too bad, but its first half is promising. Also with Jeremy Irons, Viola Davis, Emmy Rossum, Thomas Mann, Eileen Atkins, Margo Martindale, Zoey Deutch, Kyle Gallner, and Emma Thompson.

The Berlin File (NR) About half the dialogue is in English in this excellent German-filmed South Korean spy thriller starring Ha Jung-woo as a North Korean agent attached to his country’s embassy in Berlin. When he and his pregnant wife (Gianna Jun) are double-crossed, they must flee from their own countrymen and myriad others trying to kill them. Writer-director Ryoo Seung-wan botches some of the action sequences but engineers a convincing, complicated plot involving Mossad agents, CIA guys, Arab terrorists, Russian arms dealers, and one especially implacable South Korean Communist-hunter (Han Suk-kyu). Ha and Han make good action-movie adversaries, which bodes well for the sequel that this movie’s downbeat ending sets up. Also with Ryoo Seung-beom, Lee Kyeong-yeong, Bae Jung-nam, Werner Daehn, Numan Açar, and John Keogh.

Bless Me, Ultima (PG-13) Once one of America’s most promising filmmakers, Carl Franklin continues to regress artistically with this lifeless adaptation of Rudolfo Anaya’s novel about a young Latino boy named Antonio (Luke Ganalon) who learns about life from his grandmother (Miriam Colón) while growing up in post-World War II New Mexico. The tiny Colón is a powerful presence as a wise but ostracized healer. Yet Franklin fails to evoke the material’s supernatural aspects or bring life to either little Antonio’s attempts to fit in with his classmates or the deadly vendetta held against the family by a powerful land baron (Castulo Guerra). The movie never finds a rhythm or an identity. Also with Benito Martinez, Dolores Heredia, Manuel Garcia-Rulfo, and Joaquín Cosio.

Dark Skies (PG-13) After the bombastery of big-budget horror flicks Priest and Legion, director Scott Stewart gets knocked down to a lower budget and does strangely well with it. Keri Russell and Josh Hamilton (not the former Texas Rangers player) star as suburban parents who are menaced by inexplicable supernatural events. The scares get more ham-fisted as the movie starts to show its cards, but its depiction of a family that’s already under financial and marital strain is unusually well done, and Russell goes well beyond the call of duty playing a mother who suspects something is badly wrong with her youngest boy. For a run-of-the-mill horror flick, this isn’t half bad. Also with Dakota Goyo, Kadan Rockett, L.J. Benet, Annie Thurman, and J.K. Simmons.

A Good Day to Die Hard (R) The latest adventure of indestructible super-cop John McClane once again puts Bruce Willis in an unlikely off-the-job situation, this time rescuing his CIA field agent son (Jai Courtney) from double-crossing Russian oligarchs who were secretly responsible for the Chernobyl disaster. While a car chase through Moscow is so over the top it’s totally captivating, the whole movie is basically just a bunch of shooting and crashing through things, broken up by repeated catchphrases like “I’m on vacation!” leading to the inevitable “Yippee-ki-yay” moment. Long gone is the tension and wit that made the original a classic. In their wake remain empty CGI destruction and lazy exposition in between bullet storms. It’s like a Tom and Jerry cartoon with cusswords and helicopter gunships. Also with Sebastian Koch, Mary Elizabeth Winstead, Yuliya Snigir, Radivoje Bukvic, Sergei Kolesnikov, Amaury Nolasco, and Cole Hauser. — Steve Steward 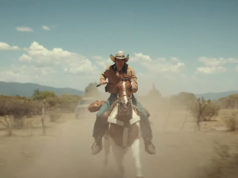 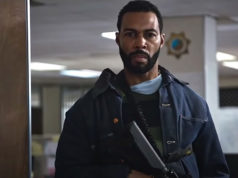 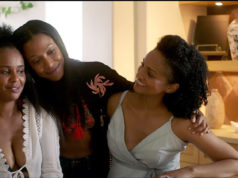