Mama (PG-13) This horror flick with a lot of wasted promise stars Jessica Chastain as a woman whose husband (Nikolaj Coster-Waldau) takes in his two feral nieces (Megan Charpentier and Isabelle Nélisse) after they’re discovered living alone in the woods. The girls claim that a ghostly entity they call “Mama” has been taking care of them, and she follows them when they move into a new house. Chastain is unrecognizable here as a heavily tattooed Goth-punk musician. She and the girls do good work, and the movie has an interesting story about a woman who doesn’t want children being suddenly saddled with two special-needs kids. Yet Argentinian filmmaker Andrés “Andy” Muschietti squanders this with bombast and rote scare techniques. Too bad; this could have really been something. Also with Daniel Kash, Javier Botet, and Jane Moffatt.

Les Misérables (PG-13) The best big-screen version of the bombastic Broadway musical that we were ever likely to get. Tom Hooper records the actors singing live on the set, and his approach yields mostly good results from Hugh Jackman as an anguished Jean Valjean, Samantha Barks outsinging her more famous castmates as Éponine, and Anne Hathaway going hellbent for leather as Fantine. Hooper can’t do much with Russell Crowe’s wobbly baritone (which seems to be emanating from inside a half-crushed beer can), nor can he do anything with the music bogging the show down in the second half as the boring characters of Marius and Cosette (Eddie Redmayne and Amanda Seyfried) take center stage. Still, the cast’s singing and some un-stagey direction save the movie. Also with Sacha Baron Cohen, Helena Bonham Carter, Aaron Tveit, Daniel Huttlestone, Isabelle Allen, and Colm Wilkinson.

Safe Haven (PG-13) The latest Nicholas Sparks adaptation is more of the same. This narcotizing weeper stars Julianne Hough as a woman who flees a violent incident in Boston for an idyllic Carolina coastal town (there is no other kind of coastal town in Sparks’ novels) and tries to put her past behind her. Sparks’ decorous brand of melodrama brings out the worst in director Lasse Hallström, and while Hough can be an asset in a musical, she’s overtaxed trying to play a paranoid battered wife. Movies of Sparks novels tend to be watery, but this one evaporates right off the screen. Also with Josh Duhamel, David Lyons, Noah Lomax, Mimi Kirkland, Red West, and Cobie Smulders.

Side Effects (R) Steven Soderbergh’s clever thriller stars Rooney Mara as a suicidal woman whose struggles with depression overwhelm her when her husband (Channing Tatum) returns home from prison. Mara does her best work to date as someone riding her condition’s peaks and valleys, but then halfway through the film, the main character becomes her psychiatrist (Jude Law) as he tries to save himself after his patient’s treatment goes very wrong. The film is a throwback to psychological thrillers of the early 1990s that deal in murder, kinky sex, and actresses acting crazy, but Soderbergh and writer Scott Z. Burns can’t help throwing in some informative asides on the marketing of new drugs and our pharmaceutical-crazed culture. This is trash, but it’s so much fun. Also with Catherine Zeta-Jones, Vinessa Shaw, Michael Nathanson, Mamie Gummer, David Costabile, and Polly Draper.

Snitch (PG-13) Dwayne Johnson plays a construction firm owner who infiltrates a drug cartel in order to reduce the 10-year prison sentence on his teenage son (Rafi Gavron) for dealing drugs. Johnson is ill-suited to this sort of heavy drama, though his underacting is still preferable to the overacting by various actresses in this movie’s one-dimensional suffering wife parts. Look past that, though, and you’ll find a plausible and surprisingly gripping thriller about how an ordinary guy might get into a drug kingpin’s inner circle. Also with Jon Bernthal, Barry Pepper, Melina Kanakaredes, Nadine Velazquez, Michael K. Williams, Harold Perrineau, Lela Loren, David Harbour, Benjamin Bratt, and Susan Sarandon.

Warm Bodies (PG-13) This movie wants to be scary, funny, and romantic all at once, and while it succeeds fitfully at those things, it mostly proves that the combination is tough to pull off. Set in a world largely overrun by zombies, the movie stars Nicholas Hoult as a zombie who falls in love with a human girl (Teresa Palmer) and finds that the experience cures him of his zombiehood. Writer-director Jonathan Levine (50/50) scores with the zombie’s neurotic interior monologue and some warm romantic flashbacks, but the material needed a wackier, more satirical comic sensibility. Even though Hoult does some remarkable work in a difficult role, the actors here largely seem lost, even as experienced a comic actor like Rob Corddry. Charming though this movie is, it’s a well-intentioned misfire. Also with Analeigh Tipton, Dave Franco, Cory Hardrict, and John Malkovich.

Zero Dark Thirty (PG-13) Pro-torture without meaning to be, which is actually worse than being purposefully pro-torture. Jessica Chastain portrays a brilliant but obsessive CIA analyst who spends 10 years tracking down Osama bin Laden, and she doesn’t quite manage to integrate this difficult and fundamentally unknowable character. Director Kathryn Bigelow (The Hurt Locker) lays out the detective work well enough and expectedly delivers some great action set pieces, including a slow-burning meeting with an informant midway through and the operation at the end. Still, she’s fatally fuzzy about the role of torture in obtaining the information that takes down the terrorist mastermind, and pays scant attention to its repercussions. It’s one thing to take in a morally complex situation and let the audience draw its own conclusions. This movie is just unclear. Also with Jason Clarke, Jennifer Ehle, Chris Pratt, Joel Edgerton, Édgar Ramírez, Kyle Chandler, Mark Strong, Reda Kateb, Fares Fares, Homayoun Ershadi, Harold Perrineau, Stephen Dillane, Mark Duplass, and James Gandolfini.

56 Up (NR) The latest installment in Michael Apted’s documentary series checks in on his 14 British subjects, asking about the last seven years of their lives. 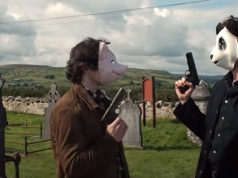 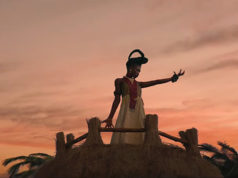 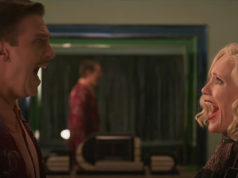