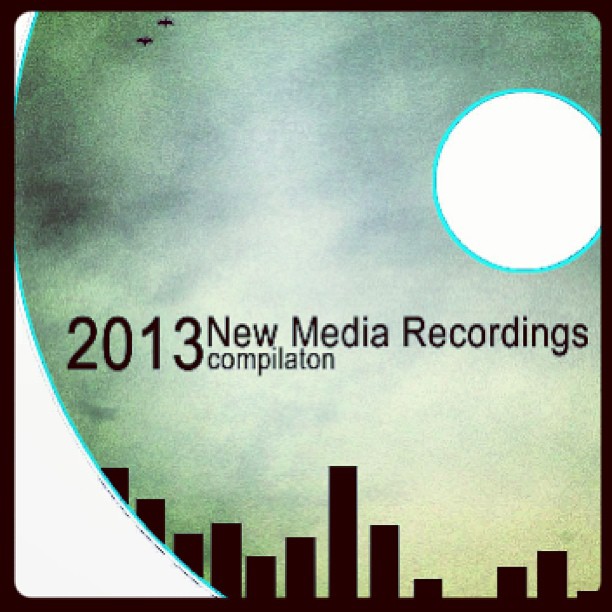 Playing in a workaday indie band in a workaday indie city like the Fort, you’ve got to have a sense a humor. Ask some indie-rocker what he’s doing before his show, and he’ll probably say something like, “Getting ready to play the hits.” Funny, yes, but also sad, when we all know that “hits” are all over the place but only a few manage to crack the mainstream (hell, just get airplay on KXT).

Of course, the kinds of “hits” we’re talking about have nothing to do with oooh-baby-oooh or $80,000 in production value. We just mean “good songs,” and they’re everywhere, including here, including on the Near Southside, home to not one but two independent underground media mini-empires: Dreamy Soundz, a studio and record label (Fungi Girls, Skeleton Coast, The Longshots), and New Media Recordings.

Helmed by multi-instrumentalist and producer James Talambas (The Theater Fire), NMR is also a makeshift venue –– Talambas often hosts shows in his Harley Avenue recording studio/house. The fruits of two recent concerts, both thrown in conjunction with 35 Denton and South By Southwest, are now available in digital format. Download it for free, ya lousy bum.

Skelly Coast isn’t the only band that rocks out here. The Angelus’ “Sudden Burst of Hope” has a swaying, sea-shanty quality that’s the opposite of jovial, and The Weird Weeds’ 14-minute-long instrumental “Untitled” is kind of symphonic in its simplicity –– from a soaring guitar on the verge of feedback, the song locks into a delicate groove that just proves to be more canvas for six-string exploration (lots of scratching strings and more orchestrated feedback).

The album’s biggest name is Leslie Sisson (of The Wooden Birds, an Austin art-rock band fronted by native Fort Worthian Andrew Kenny, late of American Analog Set). Over a simple kick-drum beat, she maneuvers her electric guitar quietly into elegant filigrees while singing in a sultry but not over-emotive voice about self-empowerment, casting a powerful spell.

The least traditional-sounding track is by the least traditional band. Top Secret … Shhh! is a collaborative project by former Fort Worthian Marcus Lawyer in which he pieces together samples of local musicians’ individual performances recorded piecemeal over time into cohesive songs, being sure to incorporate his own dub predilections. His track here, “Substep,” is a British Knights-braced slouch toward New York City’s underground, all crunchy, squishy, ominous beats with mournful violin, synth washes (both thick and airy), and twinkling guitar and synth.

And talk about the “hits.” “Warm,” by Brooklyn’s Dreamboat Crusaderz, a.k.a. Jesse Gold, has a snappy beat, glamorous synths, and siren-singing that’ll get booties shaking. (Do hipsters dance? Hmm. Good question.)

The album closes with Talambas’ “Deep Listening Études.” “Deep listening” is a euphemism for “sonic art,” but there’s structure and melody to Talambas’ pianowork, delicately walking the line between expressionist/primal and communicative.

Dreamy Soundz gets all the love ’round these parts and well-deservedly. We just shouldn’t forget about its Southside neighbor. –– Anthony Mariani

Melodic punk-pop has been a ubiquitous commodity since long before Green Day’s Billie Joe Armstrong became a Broadway composer. (For a tutorial from the dinosaur days, check out any early Violent Femmes album.) But it’s still really hard to pull off something so simple and make it memorable, which is one of the reasons why the Arlington trio Flatworld is such a find. On their second album, Contradictions, singer/bassist Kendall Keene, guitarist Garvey Standerfer, and drummer Andrew Alldredge (guitarist John Davies also contributed to the recording but has since left the band) make hard-driving but strangely sweet college radio-friendly rock that pulls from favorite sources (the Femmes, The Replacements, anything by Jack White) yet remains distinctively their own.

It’s hard to know which is the dominant instrument on Contradictions –– Keene’s wry, nerdy vocals or his pulsating, creamy bass lines. It helps a lot that the bespectacled frontman sounds like he looks: an inquisitive dude trying to figure out the world even as he turns his stray thoughts into raucous garage workouts. Opener “Basic Contradictions” is the album’s most raggedy tune, full of rhythmic saw-toothed guitar and Keene’s snotty, multi-tracked vocals. “Blender” is similarly rough but more danceable, as a heartless breakup is chronicled with a repeated simple chorus (“That’s all she wrote”) that makes you want to shimmy. “Dark” takes a detour into slower, sludgier rawk territory. The guitars turn more sinister and contemplative but maintain the band’s boyish head-bobbing charisma. “I got my shit together / Just to be with you,” Keene declares crossly on “Never Met Christ,” which displays the band’s potent sense of whisper-to-a-scream pacing and drama. Contradictions is a solid, compelling sophomore effort that confirms Flatworld knows how to make a big noise with intelligence and soul. –– Jimmy Fowler

There’s this subset of indie rock that takes a cue from Graceland-era Paul Simon, copping the classic’s world-beat pretensions and sunny melodies to create the kind of bouncy optimistic pop that sounds ready-made for ACL side-stages. Think: bands like Givers and Vampire Weekend (and to a more hacky-sacking extent Rusted Root), and you’ve kind of got an idea of where Arlington/Keller quartet Kites & Boomerangs are coming from.

And yet Kites & Boomerangs are kind of their own thing. Curiosity definitely shares Vampire Weekend’s trebly enthusiasm, but the album sounds more earnest than precious; maybe it’s the DIY bedroom sonics, or maybe it’s the warm, growly bass and rollicking time changes that make this rock more than you’d expect. The jangly guitar lead and reggaeish tom fills of opener “Pastel Sky” skip over a bassline that wouldn’t be offended if you wanted to call it Al. If you can get around the fact that “Mystery Pie” sounds like a reggae song from a third-wave ska band, it’s one of those balmy jams that sounds good when you’re almost too day-drunk to properly grill a steak. “Pie” leads into “Love of Another Kind,” a slow-burning ballad that wouldn’t be out of place on a Josh Weathers album, and “Lady I Like” struts along way tougher than its shimmery guitar tones would have you believe. Same for the groovy, angular cruise of “When I’m with You.” While this sounds like Kites & Boomerangs are all over the map, the genre-hopping and tight musicianship make it a good soundtrack for early evening cruising and late-night after-party dance-offs. –– Steve Steward