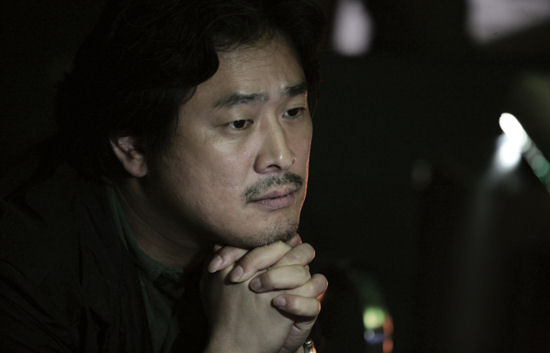 The widening out of Park Chan-wook’s Stoker into Tarrant County theaters this weekend is a good time to revisit — or acquaint yourself with — the career of this unique filmmaker. He was born in Seoul in 1963, in time to come into his own during a gnarly period of his country’s history. A little historical background here: The Korean peninsula has spent large portions of its history being controlled by China and Japan, and more recently by the Soviet Union and America. Between the end of the Korean War and 1987, South Korea was ruled by a series of right-wing military dictators backed by the United States, which feared that a left-wing government would reunite with Communist North Korea. The torture and murder of a student demonstrator by state police in 1987 was the flashpoint that led to a South Korea with a truly democratic government. South Korean cinema has only been truly free since that point, and filmmakers like Park have been pushing boundaries and taboos in response to that freedom. It’s kind of like Spanish film culture during the post-Franco years.

Park did not take part in the massive student demonstrations of this time, staying in school. His inaction seems to haunt him, as a New York Times magazine profile from 2009 detailed, and it would appear to be at the root of his fascination with evil and guilt. His movies, though, aren’t studies of cowards who sit by while injustice goes on around them. Instead they’re about vengeful psychopaths whose murders are depicted not as plot points in a thriller but rather as horrible acts that are agonizing to the perpetrators as well as to the victims. His guilt comes through most clearly in “Cut,” a short film he made as part of the anthology horror film Three … Extremes. In it, a movie director (Lee Byung-hun, who’s made up to look like Park himself) comes home to find his wife and a little girl tied up and being tortured by a bit-player of an actor (Lim Won-hee) whom the director has passed over for a role. His film is squalid and unsatisfying on its own, but in the light of the rest of his filmography, it’s rather illuminating.

J.S.A.: Joint Security Area was Park’s first big hit — indeed, it was the biggest box-office success in South Korean history when it came out in 1999. While it’s a fine thriller, it’s hardly typical of his work. It’s about a soldier on the South Korean side of the DMZ who forges a tragically doomed friendship with three North Korean counterparts on the other side. A resulting murder case winds up being investigated by Sophie Jean (Lee Yeong-ae), a Swiss army officer of Korean descent — when one Korean woman asks if she’s really Swiss, Sophie obliging shows her the knife that the Swiss army is famous for. Underneath the movie’s crisp procedural trappings, you can feel the pain of a country that’s been split in half, expressed through the performances by great South Korean actors Lee Byung-hun, Shin Ha-kyun, and Song Kang-ho (who’s like the John C. Reilly of Korean cinema, a burly actor who seems capable of any sort of role in any type of material). This film is about as political as Park ever gets.

Much of his reputation is based on the so-called “vengeance trilogy,” three films that weren’t planned as a trilogy but have been lumped together by Park’s fans. The first is Sympathy for Mr. Vengeance, which is a rancid mess despite its fantastic title and a great cast (including Cloud Atlas’ Bae Doo-na). Oldboy is generally considered the masterpiece of the three, and even though I don’t share that opinion, I still find it a powerful piece of work. Choi Min-sik plays a guy who is imprisoned in a hotel room for 15 years, and when he gets out, he starts killing people left and right to find the identity and motive of his jailer. This leads to a justly celebrated scene in which he first gets out of jail and, seething with vindictive thoughts, goes to a restaurant and eats a live octopus. Like Christopher Nolan’s Memento, this movie is one where the revenge quest recoils upon the revenger. Ultimately, it’s about the futility of pursuing vengeance, which makes it curious that payback-loving Quentin Tarantino enthusiastically pushed it for the Golden Palm when he was chairing the 2004 Cannes Film Festival jury. (Michael Moore’s Fahrenheit 9/11 wound up winning the award.) Spike Lee is currently remaking Oldboy with Josh Brolin, Elizabeth Olsen, and Samuel L. Jackson. That film is due out later this year.

In my book, the best of the vengeance trilogy is Lady Vengeance, in which a female convict named Geum-ja (Lee Young-ae, gorgeous and unhinged) is released from a 13-year prison term after confessing to a crime she didn’t commit, that of murdering a kidnapped child. She comes out hellbent on tracking down her fellow kidnapper Baek (Choi again) who actually did the murder and forced her to take the fall. Of all the monsters in Park’s movies, the unassuming, bespectacled Baek is undoubtedly the worst one — the extent of his crimes is unveiled late in the movie through a series of videos, and I remember watching that part of the film and wondering how Park managed to film those without actually torturing all those people. Geum-ja goes about her vengeance while toting around Jenny (Kwon Yea-young), the daughter whom she had shortly before going to prison. Having been adopted by an Australian family, the girl has been living Down Under and speaks no Korean. This leads to an utterly amazing scene in which Geum-ja forces the tied-up Baek, an English teacher, to translate her final message to Jenny. Park’s visual acumen is probably at its highest pitch here, with abrupt editing contributing to the air of violence, each shot painstakingly composed, and glorious colors photographed by Park’s fellow-traveling cinematographer Chung Chung-hoon (who also lensed Stoker). When Geum-ja takes her final revenge, she walks out into a street where there’s a beautiful, soft fall of snow, and it’s either a grotesque version of redemption or a grotesque parody of it. The movie also refers to the uniquely Korean custom of giving prisoners tofu upon their release — click here for an explanation.

Park himself hasn’t said anything publicly about his own religious beliefs, but Christians make up a significant minority (about 20%) in a Buddhist country. Both Lady Vengeance and his vampire movie Thirst make heavy use of Christian concepts and symbolism. Early in Lady Vengeance, Geum-ja’s face glows like a saint’s as she ministers to her fellow prisoners. Thirst stars Song as a Catholic priest who’s turned into a vampire by a tainted blood transfusion, and though he fights his newfound bloodlust, it’s a losing battle. This film is actually based on Émile Zola’s novel Thérèse Raquin, and it actually works best as a movie about being trapped in a bad relationship. The priest winds up with a similarly infected young woman (Kim Ok-vin), and the two are locked in a cycle of hurting each other, which they can’t get out of because neither of them can die. Plenty of Catholic guilt going around in this movie. I’m surprised that Park didn’t explore Christianity in his first American film, but then again, you never know where he’ll turn to inspiration for his next project.

Park has made a few other films. I must admit that I haven’t seen his comedy I’m a Cyborg, But That’s OK, whose title alone would seem to recommend it. I wonder if Park’s consistently bleak view of human nature might keep him from a mainstream following, much as it has with Lars von Trier. Still, his visual rigor and bloody-mindedness mark him as a compelling artist. I wanted to leave you with Stoker‘s striking opening credit sequence, but since that isn’t online yet, I’ll go with the even more eye-catching opening titles of Lady Vengeance, with its pseudo-Baroque music and references to Geum-ja’s red eye shadow and her post-prison job at a bakery.