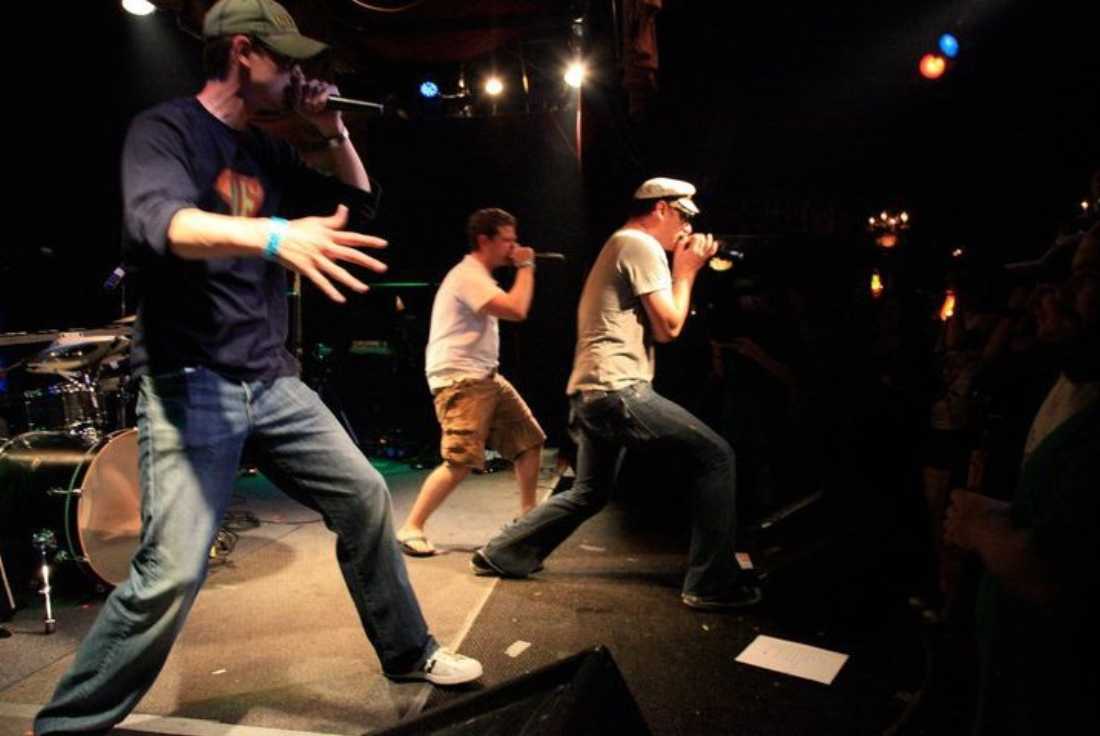 In the scant couple of years since the Rivercrest Yacht Club went dark, Fort Worth’s mainstream hip-hop scene has exploded. Dru B Shinin’, A-Roy, Tawaine Hall, Young Zeus, Doug Funnie, and a bunch of other non-gangsta rhyme-makers have not only put out quality product but have put on quality shows in Fort Worth and beyond. Has the Yacht Club’s ship sailed?

Not so fast, kemosabe. The trailblazing quintet fronted by MCs Heffminster de la Roca, DJDDS, and Generic has been writing new tunes in the hopes of releasing an album in August. Recorded at Eagle Audio Recording on the Near Southside and at Heff’s Grand Prairie home, the yet-untitled long-player is about “80 percent done,” Generic said. All of the delays have been the result of “creative juices flowing” –– the band keeps starting new songs. “So finishing the album will be just a matter of us reverting to our natural aversion to hard work,” he said.

The Yacht Clubbers have begun a Kickstarter campaign to help them finish the album. For $250, the rappers will reference your small business by name in a song. For $1,000, you can be in the band.

Being in the unusual position of outsiders looking in –– back in the day, the Yacht Club ruled the admittedly small local hip-hop roost –– also hasn’t prevented the guys from dusting off their seafaring gear (captain’s hat, white blazer, gorilla mask) and booking shows, including a house party in the Fairmount District in late April and with Pablo & The Hemphill 7, Browningham, and Lindby on Saturday, May 11, at Lola’s Saloon. “I doubt we’ll ever play four to six shows a month again or hit the road,” Generic said. “But once the album comes out, I wouldn’t be surprised if we play every two or three months.”

Yes, every Yacht Club rhyme carries with it a goodly dose of cheeky humor and literary wordplay, but in a world full of “bitches” and “niggas,” a little brainy levity isn’t a bad thing. And there’s no denying the three rappers’ energetic flow and the rump-shaking rhythms of bassist LeeZurly (Lee Allen) and drummer The Rear Admiral (Lucas White from Gunga Galunga and James Hinkle & The Transatlantics). “I imagine we’ll always record and put out new material,” Generic said. “We’ll play shows as long as we can find time to practice, but that’s getting tougher to come by. Everybody went and got jobs, had kids, or both.”

Visit the Yacht Club’s Facebook page for more information on that Fairmount gig. Seating is limited, yo.

It’s been awhile since he last plugged in, but Clint Niosi has put together a new backing band to realize his Southern Gothic tuneage –– and instead of strumming, picking, and plucking his trademark classical guitar, the Fort Worth singer-songwriter will be attached to an electric hollow-body Gretsch. “I just wanted to do something different and interesting,” Niosi said. “I’ll still do solo acoustic shows, but the shows with this band will be a unique experience. I can’t wait for people to hear how good the material sounds.” Probably the best-known member of Clint Niosi & The Unaccountable is bassist Aaron Bartz, ex-guitarist for defunct Denton art-rockers Deep Snapper and ex-guitarist/vocalist/songwriter for one of the greatest indie-rock bands ever to come out of the Fort, the dearly departed Tame … Tame and Quiet. Bartz played bass for Niosi onstage from 2004 to 2007 and lead guitar in 2008. Clint Niosi & The Unaccountable will debut on Saturday, April 6, at the Deep Ellum Arts Festival in Dallas and, in Fort Worth, on Thursday, April 9, at Lola’s Saloon with Warren Jackson Hearne & Le Leek Electrique, Kevin Aldridge & The Appraisers, and the headliners, Austin’s El Cento.