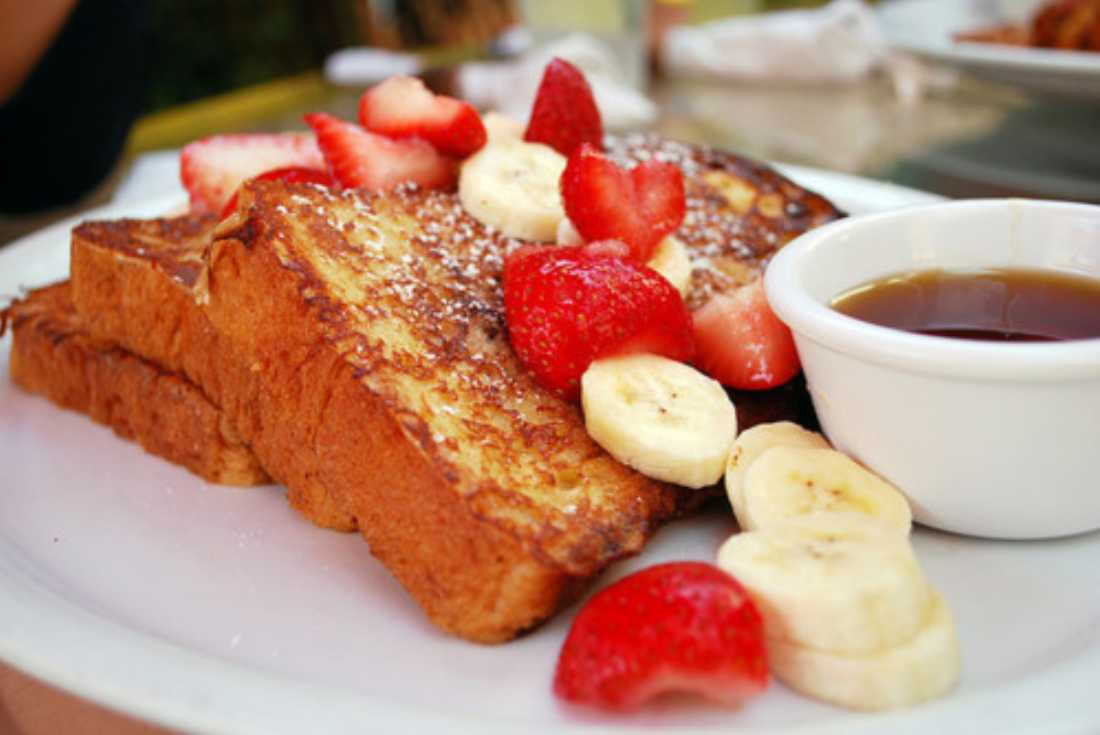 Chow, Baby is useless on weekend mornings. If it weren’t for a puppy that insists on eating and occasionally going outside, I might never get out of bed. But there is one redeeming thing about such sloth: It leads to brunch. Nothing is more decadent than the combination of hot coffee, cold mimosas, and fancy eggs made by someone else.

For a while, my go-to brunch spot was The Tavern (2755 S. Hulen St.). The bustling South Hulen eatery has really classed up the neighborhood and completely washed away the frat boy ambiance of the building’s former inhabitant, Snookies. But my recent visit was enough to make me wish I’d stayed in bed.

The brunch menu is small, but almost everything on it looked fantastic. The item that most called out to me was the blue crab Florentine ($14): a poached egg with a mound of blue crab, spinach, and Tabasco hollandaise sauce on a house-made biscuit. On paper, the combination dazzled my groggy eyes, but on the plate it was one calamity after another. After a long wait, the dish came out tepid. I sent it back and sure enough the plate this time was hot to the touch, but the food was still lukewarm. On top of that, the “soft-poached” eggs were now so overcooked and rubbery, Goodyear might have asked for the recipe. The once-gorgeous hollandaise sauce looked like the gelatin on the bottom of a can of Spam.

I gave up on the dish, and the kitchen graciously allowed me to order something else. My replacement was beef brisket hash ($11): slow-roasted brisket au jus, roasted potatoes, a fried egg, anc cheddar cheese. Tragically, it was also served cold, but I was too hungry by that time to send it back. For the record, the brisket was fork-tender and delicious. That hash was so hearty it could make a crew of lumberjacks cry; I just wish it had been hot.

Maybe the most surprising brunch discovery I’ve made over the past year is The Aardvark (2905 W. Berry St.). The ’Vark is best known as a rock ’n’ roll club and TCU hangout, but the kitchen cranks out some good beer-soaking grub and an all-you-can-eat “country” brunch ($12) on Sundays.

The first thing I noticed about the place was there were people smoking, which I hadn’t expected. But I fought through it and was rewarded with a darned good meal. The biscuits and gravy were decent, if not spectacular. The French toast with strawberries and bananas was subtly sweet and generously portioned. The bacon was crispy, and my sausage, mushroom, and onion omelet was cooked to perfection.

After a few one-dollar mimosas, I was ready for a nap — though I needed a shower first, because I smelled like the ashtray of a ’79 Camaro. But that was a small price to pay. I took the pup on an extra-long walk to thank her for getting me out of bed.