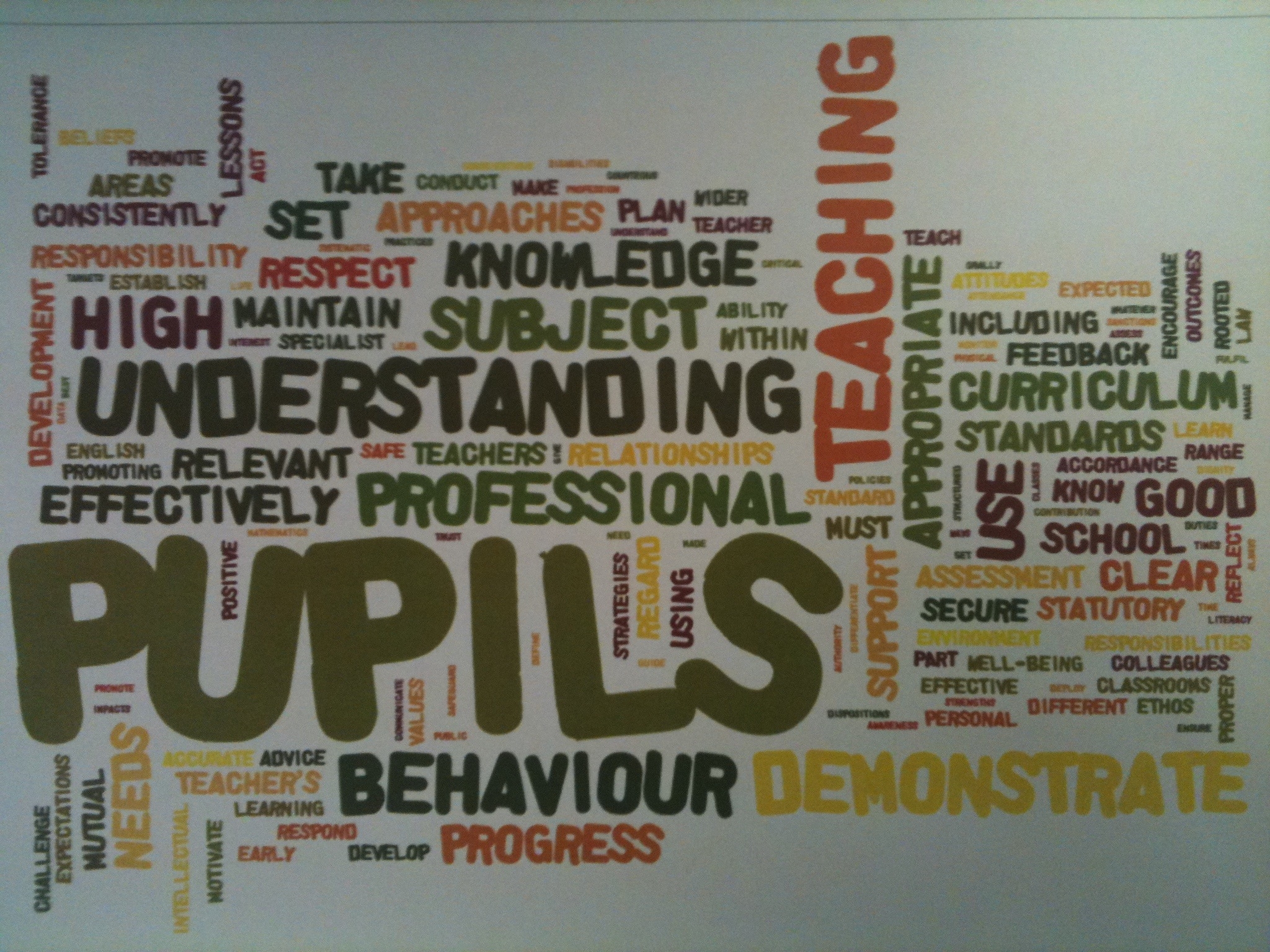 Considering the Fort Worth school board’s penchant for melodrama, it’s no surprise that the race for the District 1 seat, representing the North Side, would ratchet up to near soap opera levels.

Incumbent Carlos Vasquez claims that a few downtown power brokers want him off the board and are throwing their weight behind juvenile probation officer Jacinto Ramos. Vasquez says Ramos, a political newcomer, is ineligible to run based on residency requirements. Also in the race is podiatrist and former trustee Camille Rodriguez, whom Vasquez defeated in 2008 in her bid for a second term.

Those same movers and shakers who want to oust him, Vasquez said, are conspiring to rid the board of all Hispanic trustees, including former board president Juan Rangel and J.R. Martinez, who withdrew his re-election bid in District 8. Vasquez said a committee called Citizens for Great Schools — which includes former school board president Ray Dickerson, businessman Isaac Manning, and Northside businessman and former city council member Steve Murrin — is behind the attempted ousters.

Dickerson hung up on a Fort Worth Weekly reporter who called for comment, and Manning did not return multiple phone calls and e-mails.

Murrin told the Weekly he’s not on the committee. Matthew Avila, however, who is running unopposed in District 8, said the committee interviewed him earlier this year. He confirmed Vasquez’ identification of the three committee members.

Murrin scoffed at the idea that he is conspiring to unseat trustees because they are Hispanic. But he acknowledged that he actively searched for candidates to replace every trustee whose seat is up for grabs in next month’s election and that he is supporting Avila.

“I got interested as just a citizen and a taxpayer,” Murrin said. “I was looking for candidates. My original thought was a clean sweep — let’s replace the whole board. And five seats were available this year.

“I think [current trustees] have failed to understand the needs of the students that are a part of our abysmal attendance and drop-out rates,” he said.

Vasquez said he found it “disgusting” that a former school board president would actively seek out candidates to replace the Hispanics on the board.

“We’re politicians. We’re used to having opponents,” he said. “But I do have an issue when certain politicians or certain business people have issues with some of us Latinos.”

Dickerson “chose to leave the school board on his own,” Vasquez said. “He didn’t finish his term. Now he feels compelled to form a citizens committee to find people to run against us.”

Though he never named him, Murrin strongly implied that Vasquez is more interested in advancing his own political career than in serving the needs of students. Vasquez narrowly lost a bid last May to unseat longtime State Rep. Lon Burnam.

As a businessman, Murrin said, it is in his best interest to have a functional school board. “No industry in the world is going to bring their employees to your city if no thinking person in that city would recommend they send their children to the schools,” he said.

Vasquez said he thinks some people want him off the board because of his role in the departure of former superintendent Melody Johnson, who resigned under pressure in 2011. If he loses his seat, Vasquez predicted, the first order of business for the new board will be to fire Superintendent Walter Dansby.

“Mr. Dansby, much like myself, is an individual who will do what’s right for the kids and the community,” Vasquez said. “He doesn’t listen to special interests, and he’s not going to be controlled by anyone.”

Murrin specifically said he was looking to replace Vasquez when he approached Debra Nyul, president of the Fort Worth ISD Council of PTAs, because he was interested in mining the PTA for candidates. He was startled to find out that there were no PTAs in any school in District 1.

“I said, ‘How can you have a board that has no interest in cultivating parent-teacher associations, especially when you’ve got our drop-out rate?’ ” he recalled.

Nyul told him that one couple was starting a PTA for Northside High School. That couple turned out to be Ramos and his wife.

“I called different leaders in north Fort Worth, and I got the name Jacinto Ramos from maybe 10 different people,” he said. “I called and he [initially] turned me down.”

Ramos, whose son will be a freshman at Northside in the fall, said that the lack of a PTA there was one of the factors that motivated him to run for office. He said a conversation with David Carrizales, Murrin’s business partner, helped sway him.

“I was approached by some folks in the community who care about the future of the school district,” he said.

Although Ramos was born and raised on the North Side, documents obtained by the Weekly raised a question as to whether he is eligible to run in District 1. Residency laws require that a candidate live in the district for six months before running for office there. Documents show that Ramos voted in a Haslet election last November, though he said he has been living in District 1 since last July.

Before July, he said, he had moved out of Fort Worth for a time, because he had received threats connected to his work as a gang intervention specialist for the county.

“What I find interesting,” he said,  “is that a number of those folks [who are questioning his eligibility] know that I’ve been living there. They’ve seen me since July.”

Jana Johnson, communications coordinator for Tarrant County, said that if someone were to vote in one political subdivision, that “could be a problem” if the person then wanted to run for office shortly thereafter somewhere else. She said that no candidate’s name will be taken off the ballot at this point. After the election, she said, the matter could be decided in state court — if someone files suit.

Rodriguez said that she learned a lot during her last campaign, when, she said, Vasquez “went negative.”

“I’m focusing on the issues, and I’m not going negative,” she said. But, she added, “Now I’m more prepared. And if he goes negative again, I’ll know what to expect.”

Rodriguez said that the badly divided board hasn’t been acting in the best interest of students.

“When you read in the newspapers what’s going on with this board, all of the arguing, it doesn’t seem like the focus is on the children where it needs to be,” she said.

Part of her platform is to make sure the board and the school district do a better job of engaging the community. “A lot of people have said they wanted to help,” she said. “And I want to make sure they all get involved.”

Vasquez said he thinks the Great Schools committee also had a hand in arranging Rodriguez’ candidacy. Both candidates that he maintains were urged to run in order to weaken Hispanic power on the board are themselves Hispanic.

“They are working on a divide-and-conquer theory,” he said. “They aren’t going to run a white against us.”

He said that the committee settled on supporting Ramos instead of Rodriguez because “from what I understand from the meeting, she can be a difficult Mexican too.”

Vasquez said that the committee conspiring to unseat him is also responsible for trustee Martinez’ withdrawal from the District 8 race.

Murrin said that Martinez and the other would-be District 8 challenger, Anael Luebanos, both withdrew willingly and amicably.

“They kind of made a pact,” he said. “Why beat each other to death? The most electable guy is Matt, so let’s let him be the board member, and let’s all continue to participate. And I think that’s the attitude it’s going to take to solve our problems.”

Avila said he hasn’t seen any evidence of a conspiracy to unseat current Hispanic trustees.

He did confirm that he met with the Great Schools committee early on to discuss their support for his campaign but said he has “received money from no one, and I’m beholden to no one except for the children.”

Vasquez said his critics are upset because he’s “called the district out” on problems ranging from overpaid employees to insufficient technology. “They can’t attack my record,” he said.

“I don’t play the Fort Worth Way,” he said, referring to the city’s ostensible tradition of settling controversial matters amicably but out of public view. “I came up with my own slogan: The Fort Worth Way isn’t the only way, it’s not always the right way, and it’s usually the white way.”