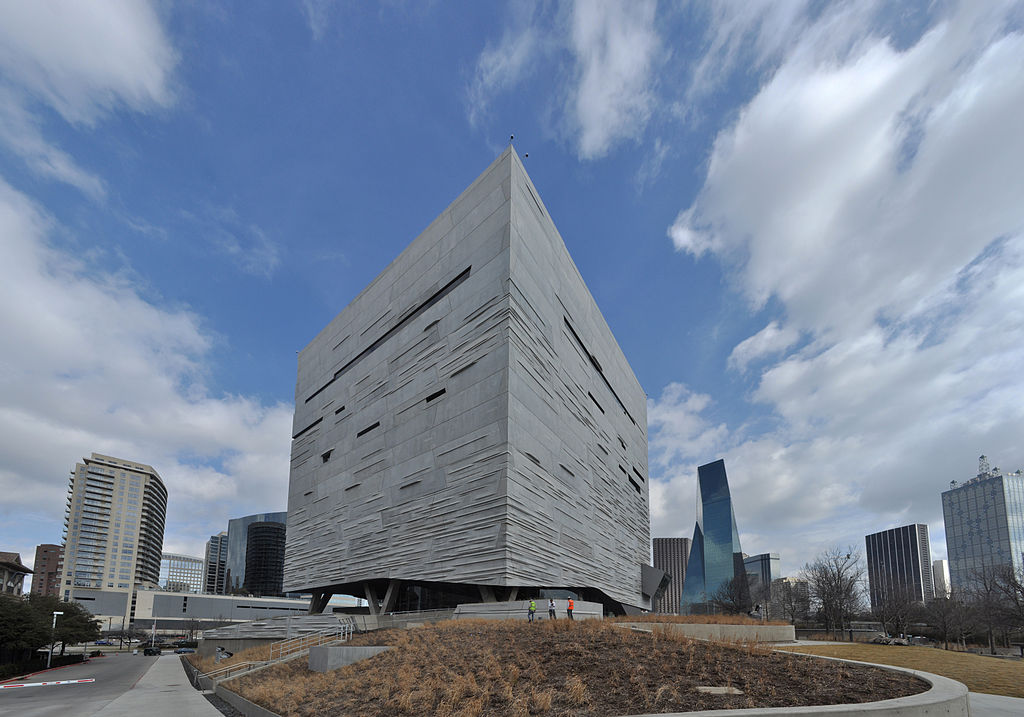 Never mind all of the noise you’ve (probably) been hearing about the Perot Museum of Nature and Science in Dallas. The building is not as offensive as most architecture critics have said it is (especially that guy from the L.A. Times), and, yes, the dinosaurs are awesome. The Perot happens to be that rare combination of starchitecturally significant destination –– the building was designed by Pritzker Prize laureate Thom Mayne of Morphosis –– and fun way to spend an afternoon, especially with the little ones.

Sitting on roughly five acres downtown, the 170-foot-tall Perot is effectively a rippling block of watery gray concrete: mesmerizing and more than a little ominous-looking. And extending diagonally across part of an exterior wall like some sort of huge sheath is a glass rectangle –– inside is a portion of the Perot’s 54-foot-long continuous-flow escalator, offering riders a dynamic view of the Dallas skyline.

Some critics (and zillions of online commenters) have accused Mayne of self-aggrandizement, of putting his singular vision above the fabric of the city. And you wouldn’t be speaking out of turn if you asked, “What fabric?” Dallas isn’t exactly lacking in starchitects’ isolation-fostering totems to themselves (Johnson, SOM, Pei, HKS), and while Big D’s skyline isn’t the most breathtaking in the world, it is by far not the worst either. Considering the location of the $185-million Perot –– at the edge of civilization, almost beneath a highway overpass –– you might be able to empathize with Mayne for distancing his building from its crappy, desolate environs. That the Perot doesn’t “talk to” any of the other buildings within view is another none-starter of an argument. Mayne couldn’t have had it both ways. He couldn’t have embraced one side of the site while neglecting the other. He had to neglect everything, chiefly the skyline in the near distance, and the result is a almost completely windowless cube situated on a plinth –– to reach the front entrance, visitors must climb a meandering walkway. The elevation also ensures that the building is plainly visible from the freeway.

Though not nearly as environmentally responsible as our Museum of Science and History, the Perot is indeed eco-friendly. One of its sustainability strategies is a rainwater system that captures runoff water from the roof and parking lot, “satisfying 74 percent of the museum’s non-potable water needs and 100 percent of its irrigation needs,” according to the museum. Anchoring the building in Texas is the landscape design by Talley Associates. An “East Texas-inspired” forest of large native canopy trees and an acre of “rolling roffscape [comprising] rock chards and native Texas drought-resistant grasses” are two of the Perot’s concessions to –– or “celebrations of”? –– the local terra firma. In other words, John Q. Public probably wouldn’t notice them.

Beyond the lobby, the architecture effectively disappears, diminished to pure background for the museum’s various exhibitions, including the T. Boone Pickens Life Then and Now Hall: 11,000 square feet of dinosaur bones and scholarship, including kickass displays of Tyrannosaurus, Alamosaurus, and Mosasaurus, a marine predator that looks like a cross between a small killer whale and a big-ass alligator. Named in honor of Margo and Ross Perot, whose adult children donated $50 million to the project, the Perot Museum of Nature and Science was built without incurring any debt or involving any public funding. Looks schmooks: What’s not to love?